In order to measure absorbance and fluorescence spectra of amajLime we transformed the construct (consisting of BBa_J23110 Promotor, BBa_B0034 RBS and amajLime coding sequence) into E. coli (DH10B Competent Cells). After cultivation and we lysed the harvested cells according to this protocol. 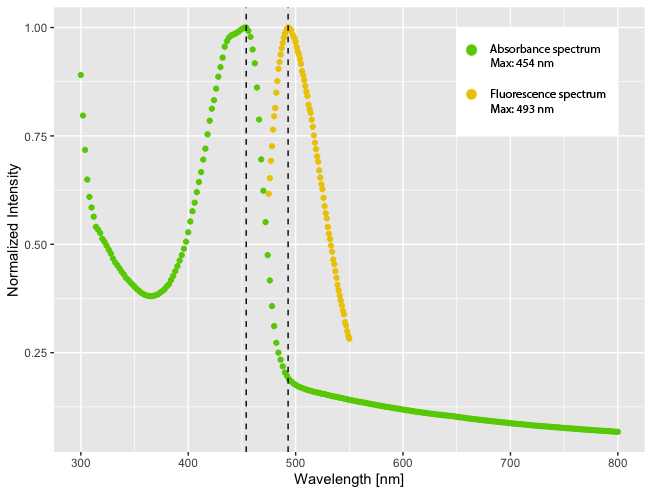