This chromoprotein from the Cnidopus japonicus sea anemone, cjBlue, naturally exhibits dark green color when expressed. Compared to some other chromoproteins, such as amilCP (BBa_K592009), amilGFP (BBa_K592010), spisPink (BBa_K1033932), asPink (BBa_K1033933) and aeBlue (BBa_K864401), the color development is slower. The color is readily observed in both LB or on agar plates after 24-48 hours of incubation. The sequence is codon optimized for expression in E coli. 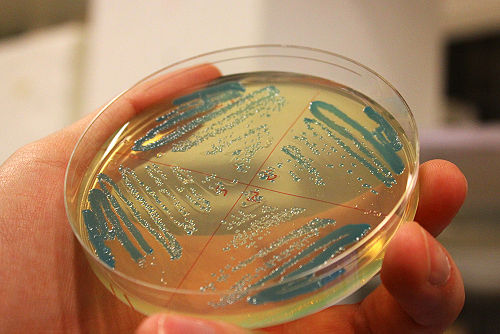 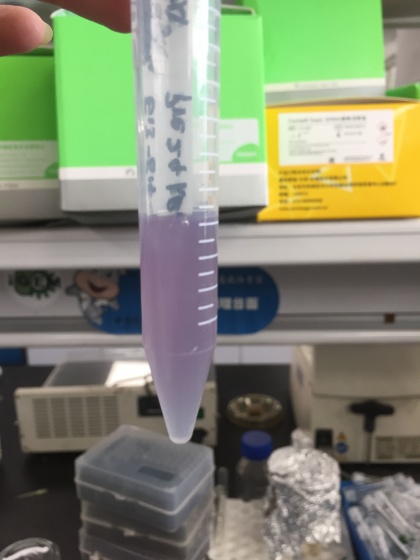 
An improved part has been constructed. Since this part is a coding sequence, we added a RBS which is on the upstream of sfGFP BBa_K515005 and terminator BBa_B1006 by PCR. What's more, our device have a stem-loop structure(called Target) following the constitutive promoter J23119, to achieve further control of cjBlue expression. 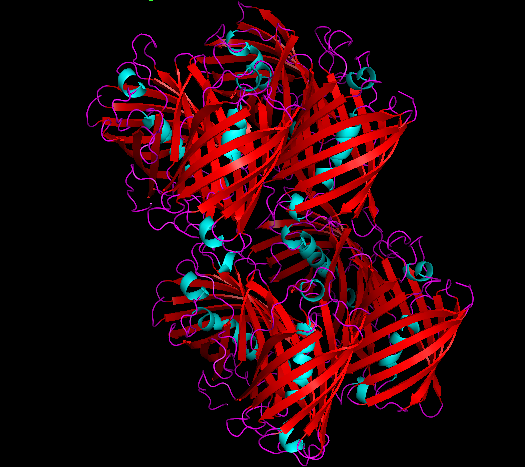 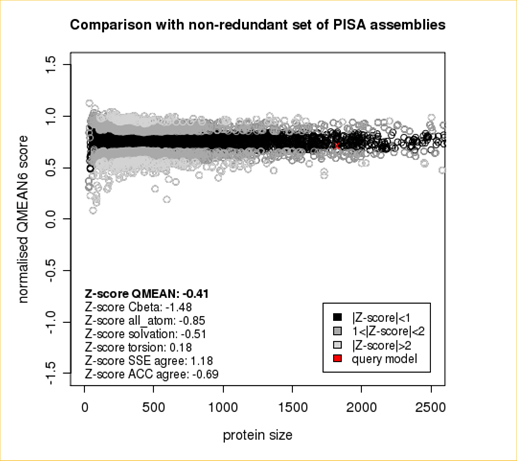 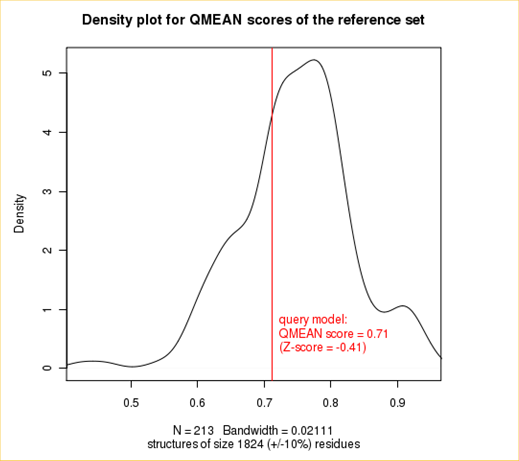 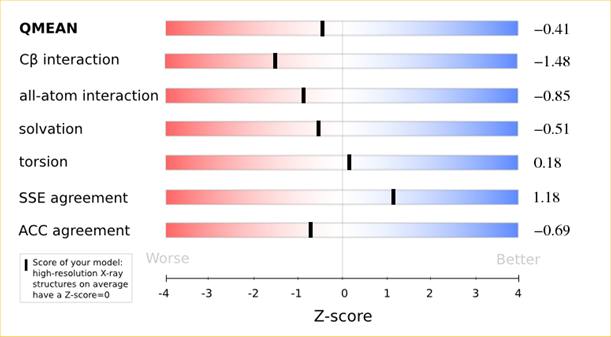 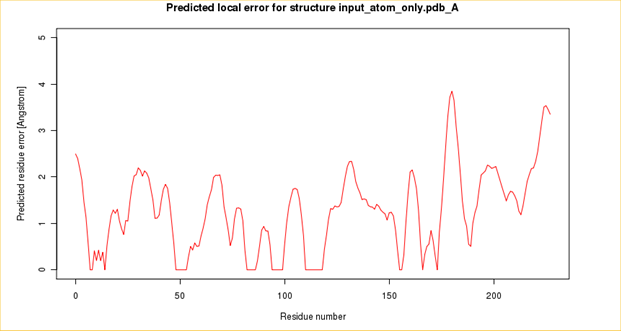 A score of 94% in the most favoured regions as seen in the Ramachandran plot shows that the above predicted model of cjBlue, green chromoprotein is a very good prediction.

The instability index (II) is computed to be 29.86.
This classifies the protein as stable.

These chosen enzymes do not cut:

We obtained the reporter proteins from iGEM distribution kits. The resuspended DNA was transformed into E. coli DH5 alpha cells. Cells were inoculated in LB media and grown to an optical density 600 (OD600) of 0.6. Half of the culture was diluted to OD600 0.3 and the individual fluorescence levels were measured at: sfGFP - excitation 480nm and emission 507 and mCherry – excitation 580, emission 610. Each fluorescent protein was mixed with a chromoprotein individually using the culture grown to OD600 of 0.6 - sfGFP + fwYellow, sfGFP + cjBlue, mCherry + fwYellow and mCherry + cjBlue - and the fluorescence intensity was measured in a BioTek Synergy H1 Microplate Reader with a gain of 100.

The absorption wavelength maximum of cjBlue is approximately 610 nm [1]. The maximum absorption wavelength of fwYellow is 523 nm [2]. Given that the emission spectra for sfGFP ranges from 469 nm to 628 nm and the emission spectra for mCherry ranges from 551 nm to 800 nm, we would expect the mixing of fluorescent proteins with chromoproteins to decrease the fluorescence intensity of the fluorescent protein. 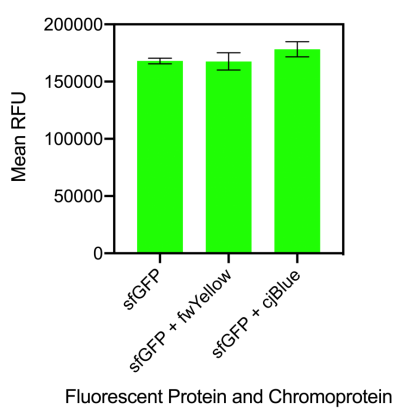 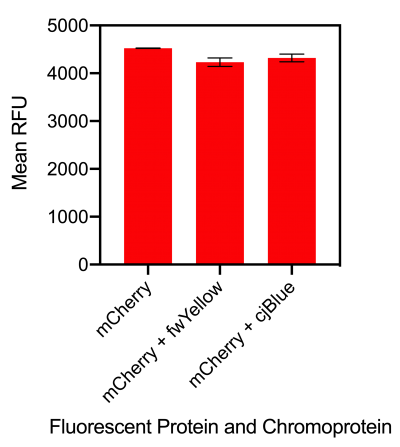 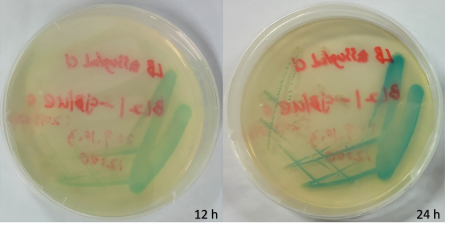 We selected E.coli BL21 as our chassis and incubated the plates at 37℃ after transformation. Blue colony appeared on the plates within 12 hours, and got deeper after 24 hours. 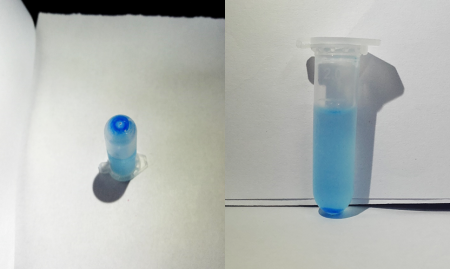 After sonication, the cells lysate was centrifuged. Then the supernatant was subjected to ultrafiltration and His affinity chromatography. The target protein cjBLUE were collected with clearly tiffany blue color. 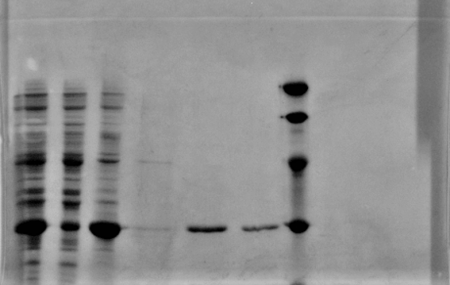 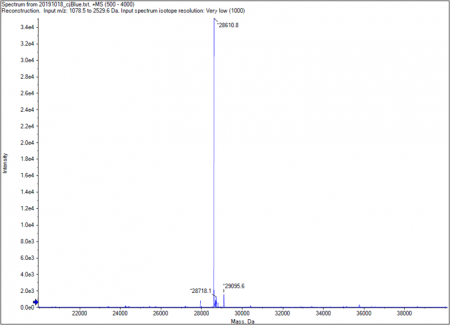 We performed TOF-Mass Spectrometry on the purified GST-tagged cjBlue protein. The predicted molecular mass of this protein is about 27500Da, and the exact size is 28610.8Da. 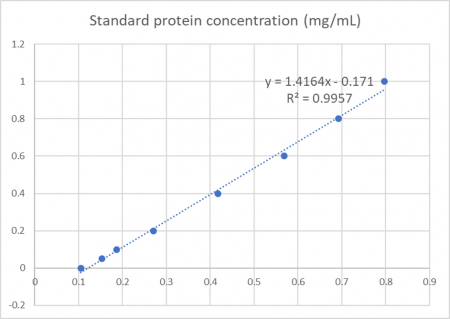 We used the BCA (Bicinchoninic acid) method to determine the concentration of cjBlue protein for quantitative characterization.

The test results showed that the concentration of cjBlue protein was 2.58 mg/ml.

Structure and absorbent feature of cjBlue

According to the work of Mitchell C.Y. Chan et al[1], the crystal structure of cjBlue has been solved at a resolution of 0.18nm. The PDB files are available on protein database RCSB PDB(https://www.rcsb.org) with IDs of 2IB5 and 2IB6.

Figure 1. The octamer structure of cjBlue

The absorbance spectra (Figure 2) of cjBlue and its three mutants is also measured by Mitchell C.Y. Chan et al[1], at a pH of 7.0 and a temperature of 22 degree centigrade. 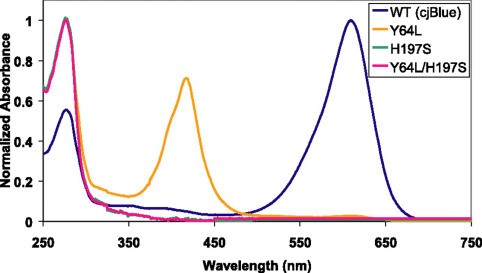 Figure 2. The absorbance spectra of cjBlue and its mutants

CjBlue is a non-fluorescent blue protein that shares 45% sequence identity with dsRed and has a maximum absorbance of 610nm.The crystal structure of it is 1.8 A and has four chemically identical subunits. 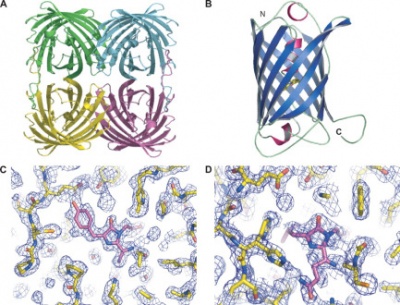 Figure A shows the four subunits in close contact with each other.
Figure B shows the monomer cjBlue blue subunit. 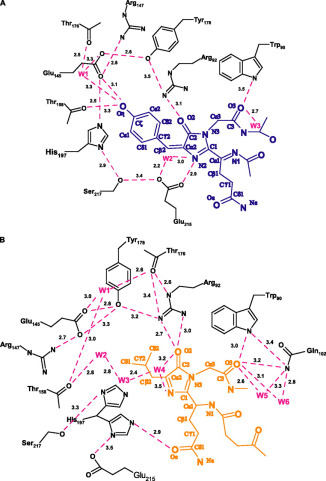 The chromophore is in trans non-coplanar conformation（The image was derived from Structural Characterization of a Blue Chromoprotein and Its Yellow Mutant from the Sea Anemone Cnidopus Japonicus.）

CP differs from fluorescent protein (FP) in that it strongly absorbs visible light and produces intense color under ambient light. Compared with FP, CP has many advantages, such as not affected by ultraviolet light damage or background fluorescence, with efficient foster resonance energy transfer (FRET) quenching and optical imaging, and ease of semi-quantification by the eye without equipment, and the possibility of more accurate quantification of cellular expression using cameras or spectrophotometers and appropriate software. In this experiment, cjBlue was used as the output signal of the sensor to quantify the expression of cells.