The switch from lytic-to-lysogenic cycle of the Bacillus phage phi3T is based on the expression of a single transcript, AimX [1]. The expression of AimX is controlled by the transcriptional regulator AimR (BBa_K2279000) which is inactivated upon binding of the ‘arbitrium’ hexapeptide SAIRGA.

The transcription of AimX is driven from the intergenic region between AimP and AimX which we will refer to as pAimX(full) promoter (BBa_K2675020). This corresponds to nucleotides 70182 to 70313 of Phi3T phage genome (GenBank KY030782.1).

We have analysed the sequence of the pAimX(full) promoter using various available tools like the Neural Network Promoter Prediction web server, BPROM websever [2] or ARNold [3, 4]. These sequence analyses revealed the presence of three putative promoters that we denote pAimX(1), pAimX(2) and pAimX(3), but also of an inverted repeat sequence potentially forming the stem-loop structure of a terminator.

To investigate the promoter activity of pAimX(full) sequence in E. coli, we have placed the reporter sfGFP with or without the LVAtag (BBa_K2675005 and BBa_K2675006) under its control and thus constructed the composite parts BBa_K2675050 and BBa_K2675060.

Considering the fact that the potential internal terminator overlaps mainly with the pAimX(2) putative promoter, we suspect that the AimX transcription could probably be initiated from the pAimX(3) putative promoter (BBa_K2675021). To investigate this possibility in E. coli, we also placed the reporter sfGFP with or without the LVAtag (BBa_K2675005 and BBa_K2675006) under the control of this short version of the pAimX promoter (pAimX(3) = pAimX(short) promoter) and thus constructed the BBa_K2675051 and BBa_K2675061. 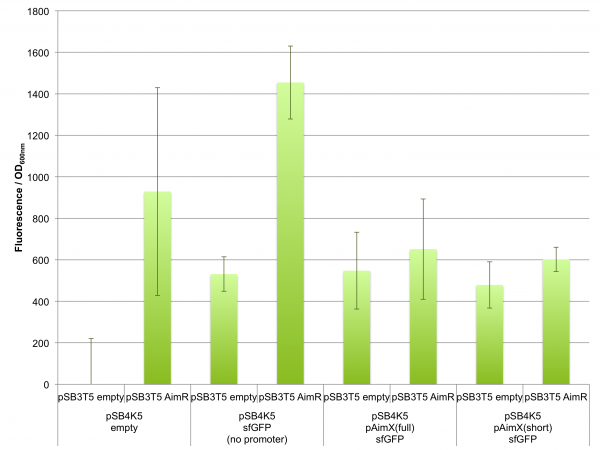 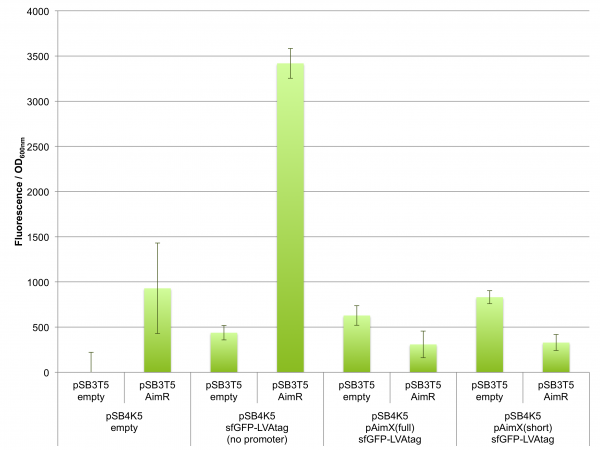 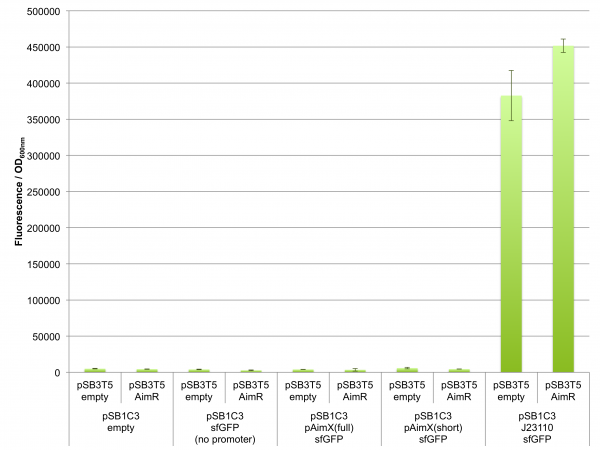 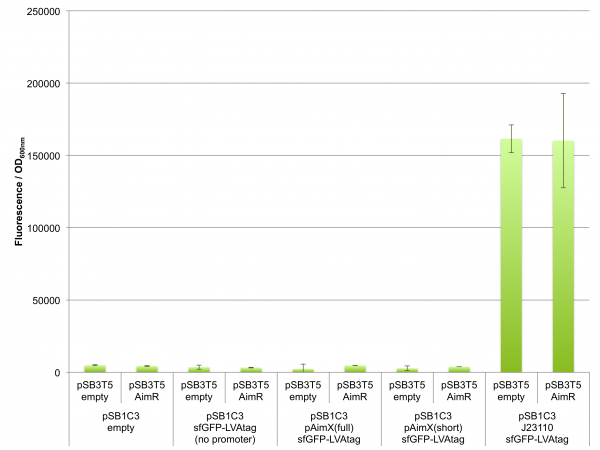 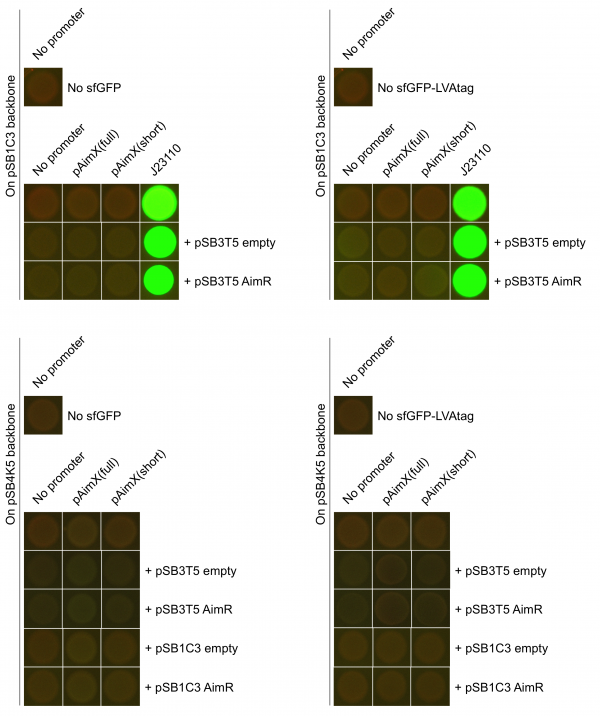 From these data, we conclude that pAimX(full) (BBa_K2675020) and pAimX(short) (BBa_K2675021) are not active promoters in E. coli. The reasons may be multiple: sub-optimal -35 and/or -10 boxes sequences, sub-optimal distance between the consensus sequence motifs (typically 17+/-1 bp), or very low basal promoter activity that cannot be enhanced by AimR since it does not function as an activator outside the native host (Bacillus).