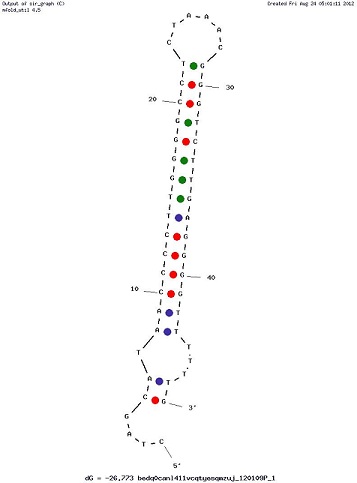 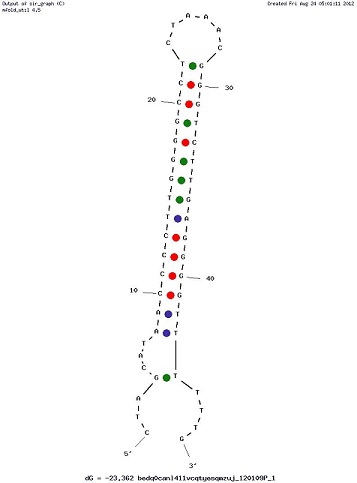 We made some preliminary analyses to define the best procedure to characterize this terminator using BBa_K731700 and BBa_K731710. We found that the emission from mVenus was much stronger than the mCherry emission, resulting in some spectral overlap. To improve the quality of the data, off-peak excitation and emission wavelengths were identified that minimized the effect. Therefore, mVenus was excitated at 485 nm (excitation peak is at 515 nm), and the emission of mVenus was collected at its maximum position, i.e. 528 nm. The maximum mCherry excitation wavelength was used (587 nm), but the emission of mCherry was read at 615 nm, as opposed to the maximum at 609 nm. Here is a summary of these wavelengths:

The activity of this part was analyzed both with T7 and E. coli RNA polymerases in vivo and with T7 RNA polymerase in vitro. The activity of this terminators was measured as the ratio between the two proteins' levels using the equation found in literature for termination efficiency. Doing this measurements, however, we realized that terminators can have an effect also on mCherry expression, enhancing it. This effect was previously described Abe. As a consequence of this unexpected outcome, we defined other two parameters that are here summarized in addition to the literature definition of termination efficiency.

FIGURE 1. T7 bacteriophage terminator's effect on protein expression with two different RNA polymerases
The data shown in figure 1 were acquired in two different days. For each day 4 different replicates were measured at different times. Briefly, BL21(DE3)pLysS were grown in 10 mL of LB until an OD of 0.6 was reached and induced with 0.5 mM IPTG. After 3 hours of induction, 4 separate aliquots of 1 mL were taken and sonicated 3 times for 10 seconds at intervals of 30 seconds. After sonication the samples were diluted 1:2 with PBS 1X directly into a cuvette and incubated overnight at 4°C. Fluorescence measurements were taken with a Cary Eclipse Varian fluorimeter with a window ranging from 450 nm to 700 nm, a slit of 5nm, a voltage of 570V for the characterization with T7 polymerase and of 520V for the measurements with E. coli RNA polymerase.

For more information about the protocol we adopted to take these in vivo measurements, see BBa K731700 and BBa K731710 measurements.

FIGURE 2. T7 bacteriophage terminator's effect on in vitro protein synthesis with the T7 RNA polymerases
Cell free measurements were done with the PurExpress kit from New England Biolabs, using 250 ng of DNA previously purified by ethanol precipitation, following the protocol suggested by the manufacturer. Measurements were done with a PTI fluorimeter using the same excitation and emission wavelengths used for the in vivo measurements. Note that the in vivo data are the same shown above; they are reported here to aid comparison.