Group: (Michigan 2017) Author: (Aaron Renberg) Summary: We improved part BBa_K112806 from UC Berkeley’s 2008 project by optimizing the codons for translation in E. coli using IDT’s codon optimization tool making it much easier for future iGEM teams to use. The changes we made were T508C and A511G. Additionally, we constructed three different versions (of varying promoter strength) of a temperature controlled kill switch using holin, endolysin and antiholin. Link: http://parts.igem.org/Part:BBa_K2301001

We successfully combine T4 endolysin with a constitutive promoter (BBa_J23106), a ribosome binding site (BBa_B0034) and a double terminator (BBa_B0010 and BBa_B0012). Furthermore, we construct T4 holin and T4 endolysin together as a functional suicide mechanism. Besides, in NYMU-Taipei 2017 team’s project, we also put the suicide mechanism into practice by constructing them with NrtA. 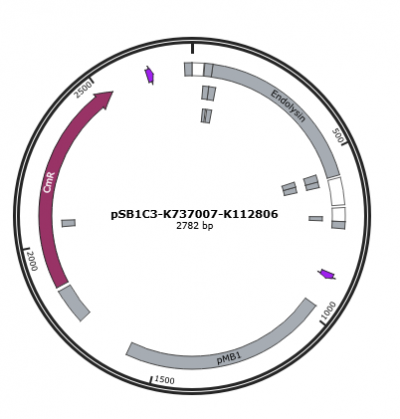 Figure 2 is electrophoresis result of endolysin (from BBa_K112806) PCR product. The marker is 100bp. The length is 514bp as expected. 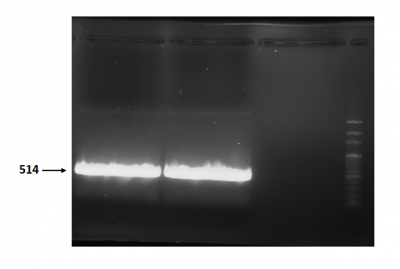 Figure 3 is electrophoresis result of endolysin backbone (from BBa_K737007) PCR product. The marker is 100bp. The length is 2268bp as expected. 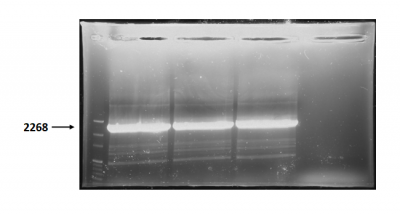 Figure 4 is the bacterium with holin-endolysin construct. As figure 3 shows, the suicide mechanism is induced immediately when lactose is added into the samples. Besides, we can see that the lactose concentration and the OD value of the bacterium with holin-endolysin construct are positively correlated, which means our suicide mechanism does work. 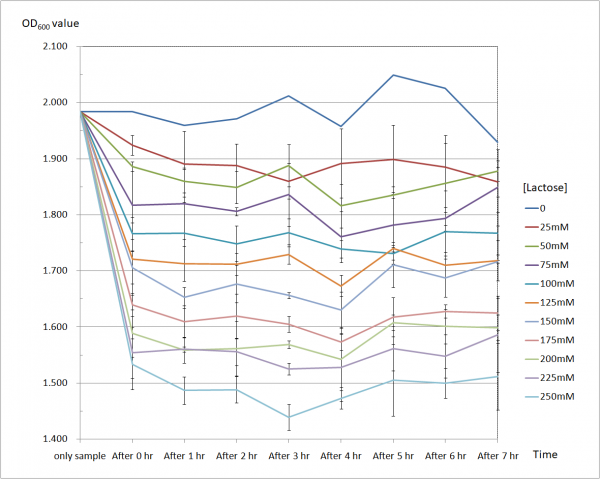 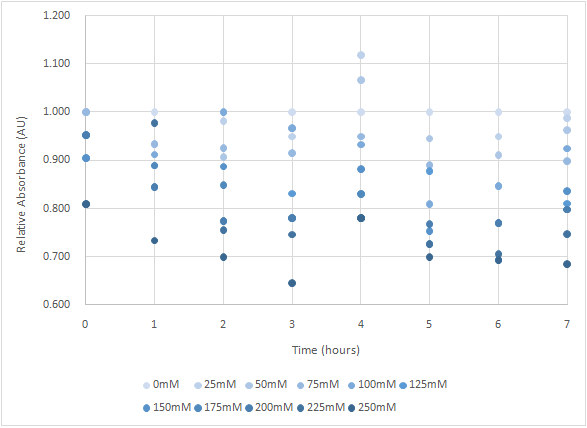