YhjH protein contains a EAL domain to catalyze c-di-GMP into GMP. c-di-GMP is a magic molecule that can activate bcsB gene, a major component of cellulose synthetase complex. Also, c-di-GMP can serve as a second messager to inhibit motility and increse biofilm formation and adhesion of bacteria. Thus, the expression of YhjH gene can make the bacteria more motile.

YhjH protein contains a EAL domain to catalyze c-di-GMP into GMP. c-di-GMP is a magic molecule that can activate bcsB gene, a major component of cellulose synthetase complex. Also, c-di-GMP can serve as a second messager to inhibit motility and increse biofilm formation and adhesion of bacteria. Thus, the expression of YhjH gene can make the bacteria more motile.

The existing biopart (BBa_K861090), which is in iGEM's Parts Registry since 2012, was improved by adding a T7 promoter, RBS and T7 terminator to its sequence; which resulted in the creation of our new composite BioBrick® http://parts.igem.org/Part:BBa_K2471001 (BBa_K2471001). The function of the enzyme encoded by the yhjH gene is to promote motility whilst reducing biofilm production; to demonstrate this, Escherichia coli BL21(DE3) was transformed with the new BioBrick®, to subsequently, study bacterial adherence by performing a colorimetric absorbance study. Greater adhesion was observed per area in the transformed bacteria with the composite yhjH BioBrick® than in the normal, non-transformed ones. This is because, by promoting motility, the bacteria were able to reach more area within the wells, and thus, form more biofilm although its normal production was being suppressed. Based on this, we can affirm that the improved yhjH BioBrick® works and that it's expressed correctly in Escherichia coli BL21(DE3).

Bacteria often thrive in surface-associated multicellular communities that have advantages over individual cells, such as protection against unfavorable environmental conditions (predation, the presence of antimicrobials, host's immune response, etcetera). Biofilms are sessile communities, with microorganisms embedded within a matrix and attached to a surface (Verstraeten et al., 2008). Another mechanism for bacteria to cope with changes in the surrounding is to actively leave unfavorable environments for more fitting ones. Thus, being motile provides a survival advantage to many bacteria. The flagella present in many species provides them with an efficient form of locomotion through liquid and viscous environments, as well as on surfaces (Paulick et al., 2009).

The improvement of the yhjH gene found in iGEM's Parts Registry (BBa_K861090) was done by adding a T7 promoter and RBS http://parts.igem.org/Part:BBa_K525998 (BBa_K525998) and a T1 terminator http://parts.igem.org/Part:BBa_B0010 (BBa_B0010) to its sequence, in order to make the expression of the protein of interest possible; the result was the creation of one of our three composite BioBricks (BBa_K2471001). Escherichia coli BL21(DE3) was transformed with it in order to characterize it using an absorbance-based colorimetric protocol (to see specifications visit protocols section). 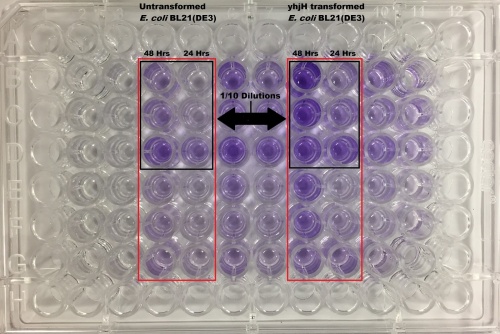 Figure 1. ELISA microplate where the colorimetric protocol was carried out.

Since the equipment was unable to correctly register the readings, a 1:10 and 1:20 dilution of the original ELISA microplate was made for the sake of recording the absorbance values. In addition, this dilution made possible to visualize the difference in colorant at sight. Only the 1:10 was taken into consideration. As shown in Figure 1, the colorant intensity is higher in the yhjH transformation than in the normal bacteria.

The calibration curve shown in Figure 2 was used to interpret the results. Using the equation generated from the curve, the OD was calculated and based on the OD obtained, both types of bacteria were classified as non-adherent, weakly, moderately and strongly adherent. The untransformed bacteria were classified as weakly adherent, while the one transformed with the yhjH BioBrick was cataloged as moderately adherent.

The function of this gene is to enhance motility whilst reducing biofilm formation. Greater adherence was observed in the bacteria transformed with our BioBrick than compared to the normal, untransformed one. This was thanks to it being more motile, which allows the bacteria to reach more area within the well. Although the biofilm formation was inhibited, the increased motility allowed the bacteria to cover a larger area, giving higher absorbance values. This is why the project makes use of two more genes, aiiA and epsE, which tackle biofilm formation and the increased motility, respectively; it's the use of the three genes that really make the whole project work correctly. Summarizing, we can state that the improved yhjH BioBrick does work and that it's correctly being expressed in the E. coli BL21(DE3).

We found some interesting information about the structure of the YjhH as follows. The c-di-GMP monomer exhibits two-fold symmetry, with two GMP moieties that are fused by a 5’-3’ macrocyclic ring. The synthesis of c-di-GMP is catalyzed by diguanylate cyclases (DGCs) through the cooperative action of their two catalytic GGDEF domains[1]. Specific phosphodiesterases (PDEs) that contain EAL or HD-GYP domains hydrolyze c-di-GMP into 5’-phosphoguanylyl-(3’-5’)-guanosine (pGpG) or GMP , respectively. DGCs are subject to product inhibition through the binding of c-di-GMP to an allosteric I site. Product inhibition of PDEs is accomplished through the competitive binding of pGpG to the active site of the enzyme. Through binding to effector molecules, c-di-GMP regulates diverse cellular processes, including motility, adherence, biofilm formation, virulence, development and cell cycle progression. [2]

The synthesis of c-di-GMP 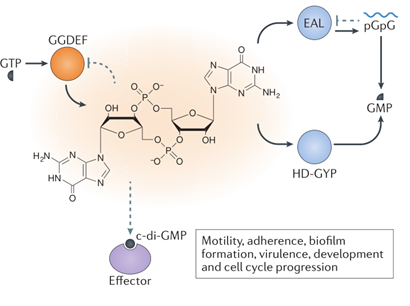 fig 1. The process of the synthesis of c-di-GMP

Besides, we also tested how its overexpression affect the morphology of colony of E.coli BL21. Since the yhjH reduced biosynthesis of extracellular polysaccharide, the colony expressing YhjH is much more smooth than the wild type.

fig 2.The colony expressing YhjH is much more smooth than the wild type.