Parts K611021 through K611027 are variants of the wild type LacI repressible promoter, BBa_R0010. These parts were generated through three rounds of mutagenic PCR and each have around 1 to 7 mutations. Each of these variants differ in properties such as transcriptional strength and repressor binding affinity and have been well characterized. This can be very useful in tuning genetic circuits for specific outputs. These parts were characterized using K611013. The data below was collected in strain BW22826 which is, among other things, ΔAraBAD and ΔLacI. For more detailed information on this strain, it can be found here: http://cgsc.biology.yale.edu/Strain.php?ID=92290 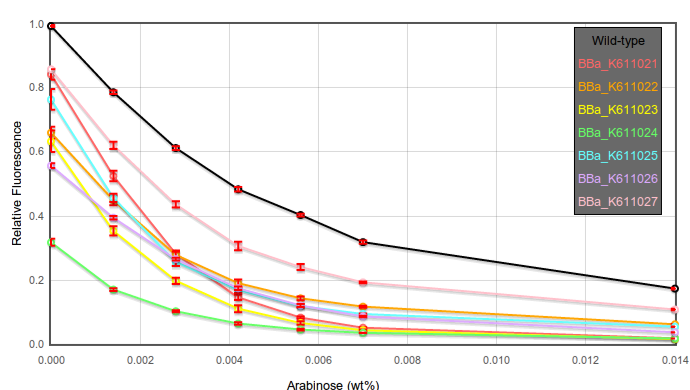 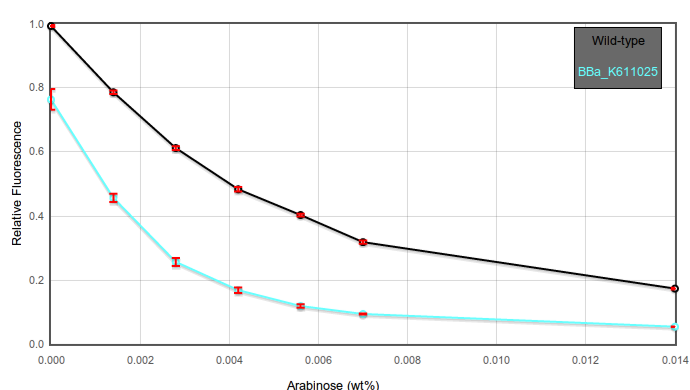 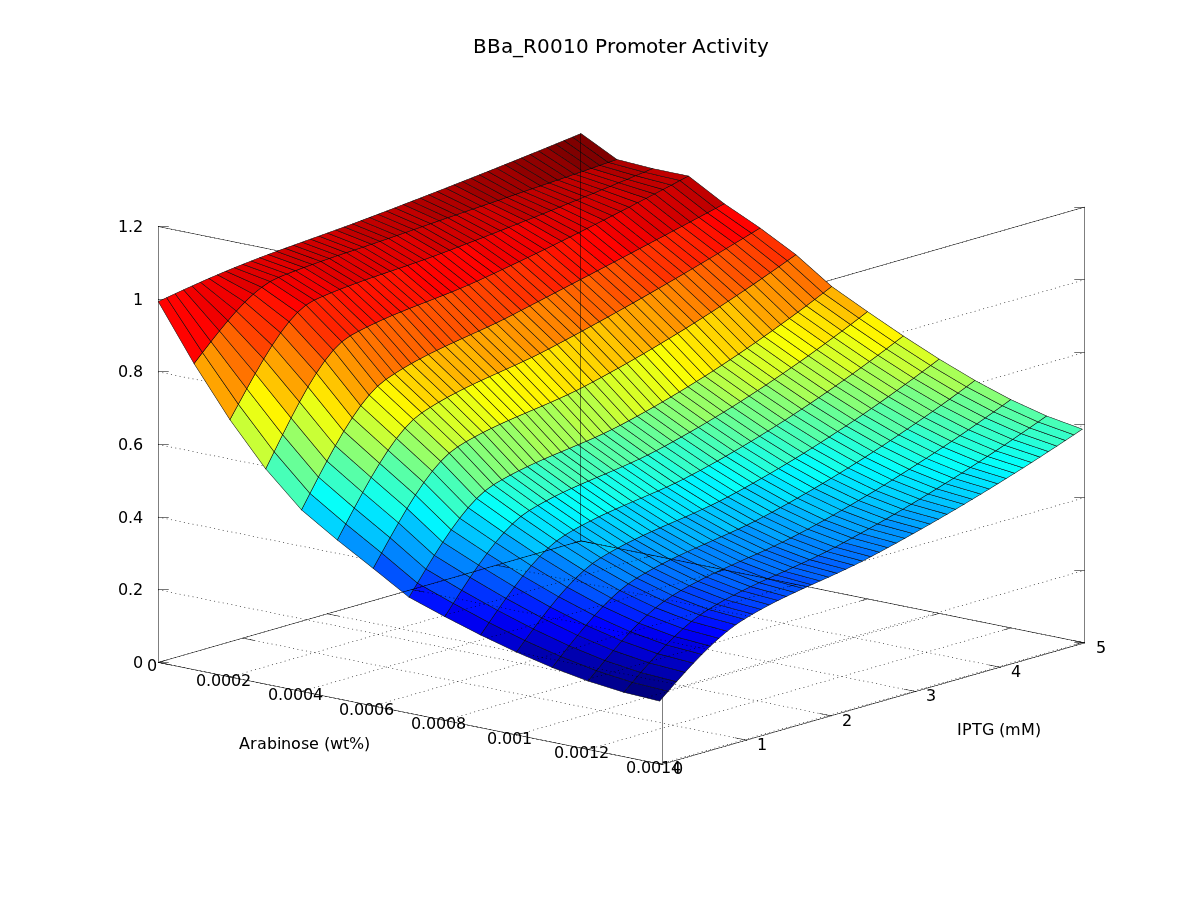 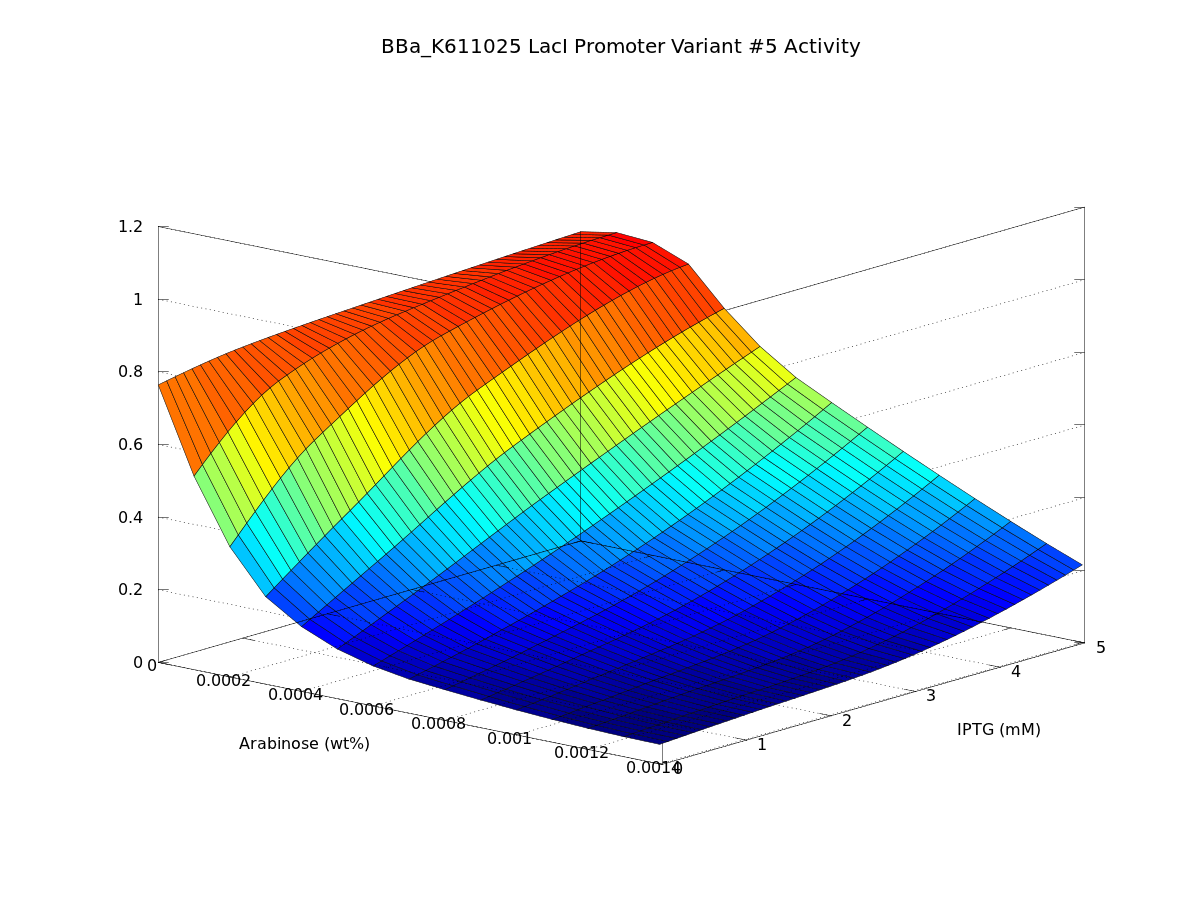