Released HQ 2013
Sample In stock
Experience: None
2 Uses
Get This Part

Note: According to our results, our SacB bound LALF expressed into supernatant which could inhibit gram negative bacteria E.coli growth by interacting with LPS layer. That is, the part can be used into extracellular expression.

We aimed to stop E.coli growth by binding LPS layer on its cell Wall with our LALF protein. We performed several experiments whether the protein works or not. We spread E.coli with RFP onto four plates that two of them as control group and the other as experimental group. Additionally, we added 10 ul supernatant of B.subtilis liquid cultures onto one expermental plate and 10 ul supernatant onto the other one. Respectively, we saw that on the both of the zones where supernatant with LALF had been added, there was no E.coli colony.

We deduced that our protein works and stops E.coli growth both in liquid culture or supernatant. 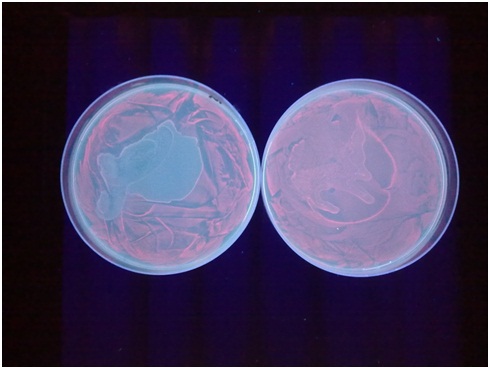