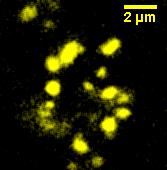 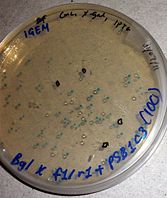 This is based on part BBa_J33207. Like that part, it contains the lac promoter and codes for 76 N-terminal residues of LacZ (β-galactosidase), a peptide that complements the lacZ-Δ-M15 mutation in common lab strains of E. coli. If these strains are grown on Xgal and IPTG, colonies with this part will be blue.

The part can be used as a promoter or as a cloning vector.

Usage as a promoter

The part can be used simply as a (detectable) promoter. If added upstream of an RBS and coding sequence, a poly-cistronic transcript will be generated with LacZ followed by the other gene.

Usage as a cloning vector

The PCR product and the plasmid containing this part can then both be digested with BglII and SpeI. After purification, mixing, ligation, and transformation, colonies with plasmids that have successfully gained the new BioBrick will be white, while those still containing the lacZ part will be blue (on Xgal+IPTG plates).

One might ask: why not use the standard flanking BioBrick sites XbaI and SpeI for this procedure? The answer is that these produce compatible sticky ends and so the new part would circularise. Thus, the normal method is to use one very long primer so the part can be inserted via EcoRI/SpeI or XbaI/PstI. But our method avoids the requirement for such a long primer.

To use as a vector for cloning a new part, first PCR the source gene so as to add a BglII site (agatct) upstream of the gene, and a "t" followed by a SpeI site downstream of it (so: t actagt).

The gene must not contain any BglII sites or SpeI sites. However, genes containing EcoRI, XbaI, or PstI sites can be successfully cloned this way; afterwards site-specific mutagenesis must be carried out to remove them, so as to produce an RFC10-compatible BioBrick.

(The "aaa" bases are just to give the restriction enzymes room to work.)

After PCR, purify the PCR product and then follow this procedure... (or something similar. This is Edinburgh 2011's exact procedure. For detailed protocols, see the Open Wetware: French Lab page.) 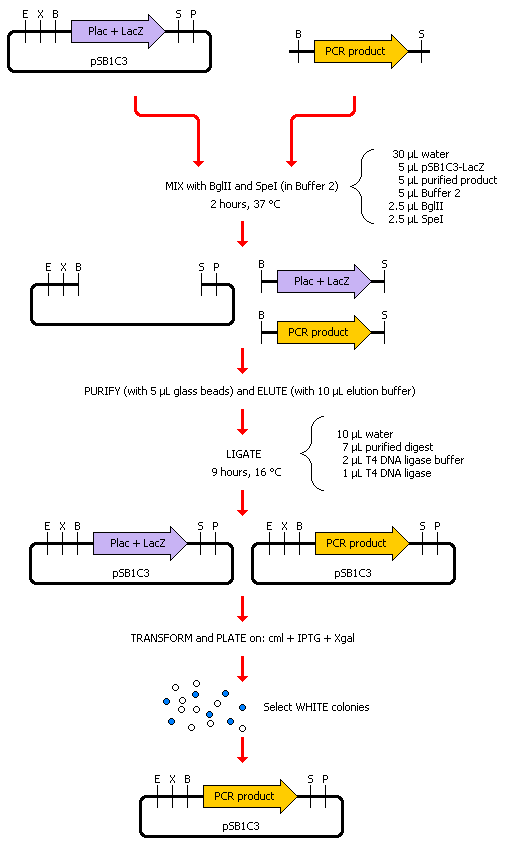 Replate some white colonies, then miniprep them and carry out verification sequencing. You should now have an RFC10-compatible BioBrick with a full prefix and suffix. The first four bases of the part will be "atct". For an example of a BioBrick produced in this way, see BBa_K523002.

Parts produced in this way will also be compatible with Edinburgh's 2011 BioSandwich protocol (BBF RFC 81), though its use is entirely optional.

YAU-China team verified the function of this part in E.coli and got the following results: 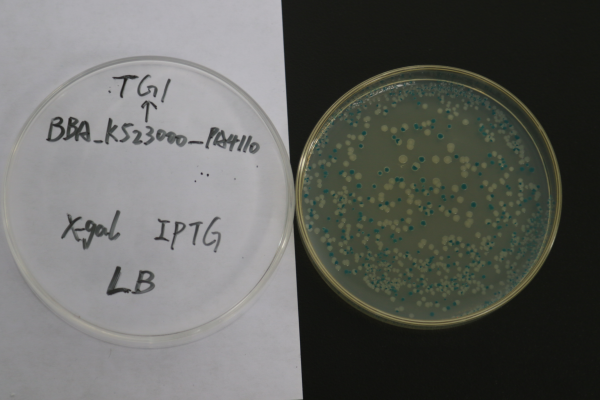 Figure 1. The transformation results of laboratory sequence PA4110 related to this part 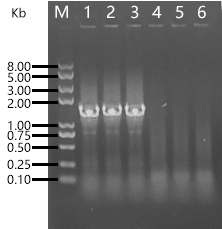 Then we tested the gene connection efficiency of the plasmid and the proportion of its positive colonies.

This is our transformation diagram of four groups of plasmids. 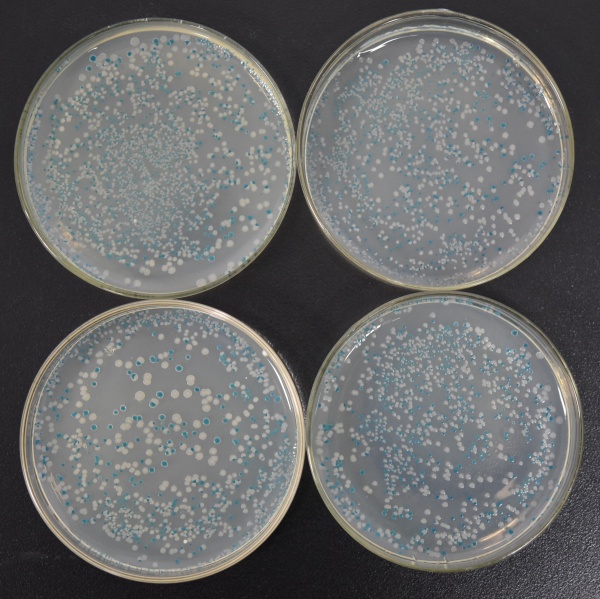 Results: the correct rate of positive cloning was 97.5%.