The RNA polymerase of bacteriophage T3 is DNA-directed RNA polymerase with both high template affinity and specificity. Similar to T7 polymerase, it also possesses quite simple structure compared with the bacterial RNA polymerase so that it can be easily wide-utilized in synthetic biology.

Previous work confirmed this concept and showed that although the RNAPs encoded by T3 and T7 bacteriophages have high sequence[1] , they exhibit nearly exclusive template specificities. According to the previous work, the two amino acid sequences have more than 82% identical residues[2]. Furthermore, promoters of the T7 and T3 RNAPs are also quite similar with highly conserved 23 bp sequences that differ significantly only over an about 3 bp region[2]. Despite these similarities, neither Polymerase (T3 RNA polymerase or T7 RNA polymerase) can transcribe the heterologous promoter efficiently[3,4] . Namely, the T3 RNA polymerase is orthogonal to T7 RNA polymerase, which is an excellent alternative of T7 polymerase for complex genetic circuit designed in the near future. FIG.1 The predicted structure based on the data of T7 polymerase 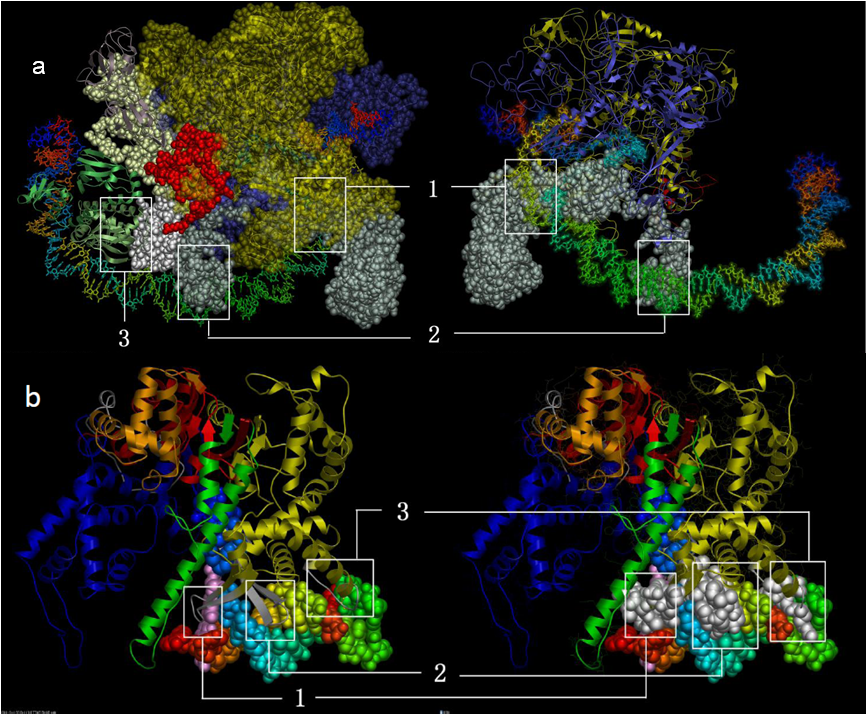 Figure 2. Predicted interaction between T3 polymerase and its cognate T3 promoter, based the data gained from T7 polymerase.

a. The interaction between bacterial RNA polymerase and the promoter DNA.

1. The -10 region interacts with the sigma factor;

2. The -35 region also interacts with the sigma factor;

b. The interaction between T3 polymerase and the T3 promoter.

3. The -5 to -12 region of the promoter interacts with the core specificity determinant.

Figure 3: The expression of T3 polymerase in BL21 strain. The strain bears a plasmid that has T7 promoter upstream of T3 polymerase. The left three columns represent strains that were not inducted by IPTG, and from left to right is protein expression in whole cell, cytosol, or inclusive body. The fourth column is the protein marker. The right three columns represent strains that were induced by 10^-3 M IPTG for 30 hours under 18℃. Note that there is a significant band in columns representing the induced strains as indicated by arrows, and the result shows that the T3 polymerase was mainly expressed in the cytosol. 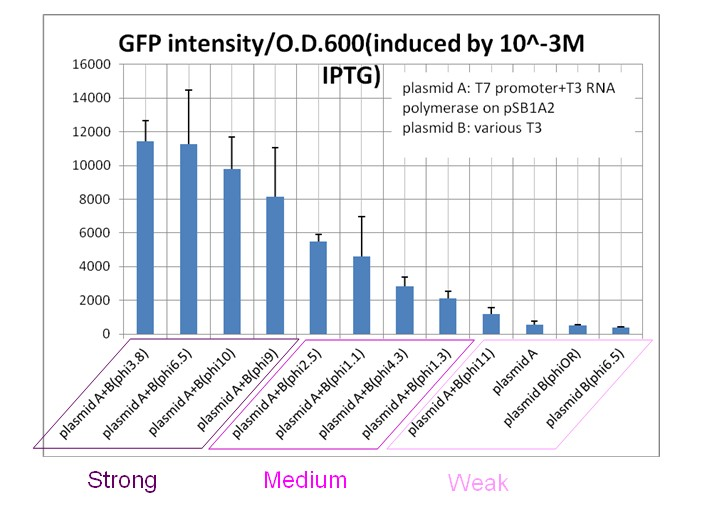 Figure 4: The strength of different T3 promoters under the same expression level of T3 polymerase. BBa_E0240 was combined with 11 T3 promoters from the genome of T3 phage. The x axis denotes strains that only differ in the T3 promoter strength, in accordance with the order from strong to weak. The Y axis denotes the GFP intensity normalized by OD600. We can see that these T3 promoters can be divided into 3 subgroups: weak, medium and strong. (You can find more details about the promoter intensity characterization on the Experience Page)

Following is the key to the parts.igem number of each T3 promoter we characterized and their primary names in T3 phage genome.

Notice: phi13 has the same sequence with phi6.5.

It should be also noticed that as T3 RNA polymerase has dramatically high template affinity, even a little leakage expression of T3 polymerase might cause a significant basal level at T3 promoter. Therefore, when T3 polymerase is exploited in genetic circuit, its expression must be tightly controlled to reduce the basal level.