This part allows rapid engineering of reporter constructs using Golden Gate Assembly [1, 2]: a custom made Promoter + RBS sequence can be inserted upstream of sfGFP-LVAtag in one step (figure 1).

For this, the Promoter + RBS sequence must be flanked by BsaI restriction sites with appropriate cutting sites for this type IIS restriction enzyme (see figure 1 for details). These sites may be introduced either by PCR with the right set of primers or during the full fragment DNA synthesis. 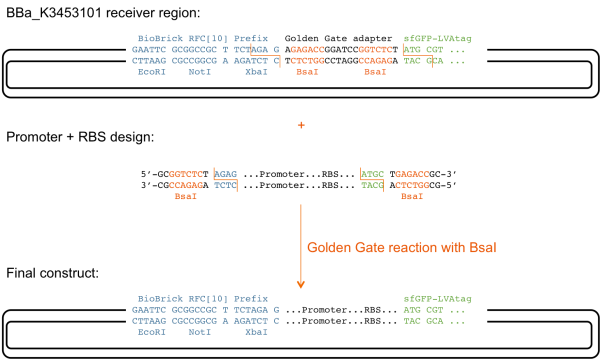 Figure 1. Principle of the insertion of Promoters + RBS sequences upstream of sfGFP-LVAtag in BBa K3453101.