The promoter Pcpc560 was cloned into the pSHDY plasmid1. The pSHDY plasmid is an RSF1010-based, low-copy self-replicating vector derived from pVZ321 and has a broad host range, which can ensure the conjugation from Escherichia coli to cyanobacteria and other microorganisms.

To test the strength of the promoter, it was cloned in front of mVenus, a fluorescent protein originally isolated from Aequorea victoria with improved brightness. The sequence was provided codon-optimized for Synechocystis sp. PCC 6803 by Anna Behle1. All experiments were carried out in Synechocystis sp. PCC 6803, into which the plasmid was conjugated by triparental mating with a transformed E. coli strain. 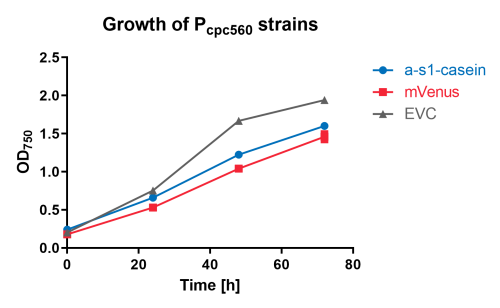 Fig. 1: Optical density of the cultures at 750 nm, the usual wavelength for cell density measurements of cyanobacteria. Measurements were carried out in triplicates, standard deviations are shown.

The Synechocystis cells were grown in 30 ml BG-11 medium at 150 rpm, 1% CO2 and 80 µmol photons per second and square meter (80 µE). Based on the growth of the different Synechocystis strains expressing a empty vector control, mVenus or ɑ-s1-casein it is possible to say, that heterologous protein are strongly expressed leading to a metabolic burden, which is shown in decreased growth (Fig. 1). The cells expressing mVenus likely had a higher metabolic burden because the gene was codon-optimized for Synechocystis , while the a-s1-casein gene was codon-optimized for E. coli.

The fluorescence per OD750 decreased over time, likely due to limitations in light and nutrients, which force the cells to put more energy into photosynthetic pigments. The expression was shown to be strong and constitutive, creating a metabolic burden for the cells, but resulting in very high fluorescence.

After 2 days’ growth, 10 ml samples were taken and used for protein measurements and SDS-PAGE. The Synechocystis cells were disrupted using glass beads to shred the cells in a Precellys® 24 homogeniser. The cell extract was centrifuged to obtain a pellet of insoluble protein and a supernatant of soluble protein, which were separated. The protein content of the fractions was quantified by a Bradford protein assay. 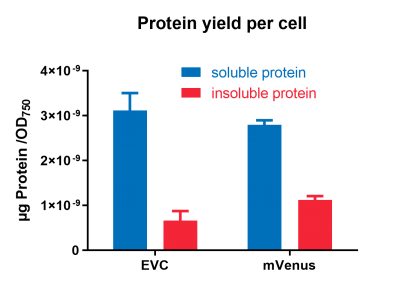 Fig. 3: Protein produced per cell after 2 days of growth, determined by Bradford assay. Protein content in samples of 20 OD units was determined and calculated as produced protein per cell.

The total amount of protein produced by the cells with Pcpc560 expressing mVenus did not differ significantly from the empty vector control. The fraction of insoluble protein was larger in those cultures however, suggesting that not all mVenus is present as soluble protein, as the protein folding apparatus might be overloaded by the strong expression.

After determining protein concentration, 20µg total protein was used to perform an SDS-PAGE. mVenus has a molecular weight of 26.9 kDa and is expected to run as a monomer. To confirm the identity of the protein, a western blot was performed with the soluble protein fraction. Three clones containing pSDHY Pcpc560 + mVenus were used for expression and protein extraction. The Western blot was carried out with an anti-gfp antibody. 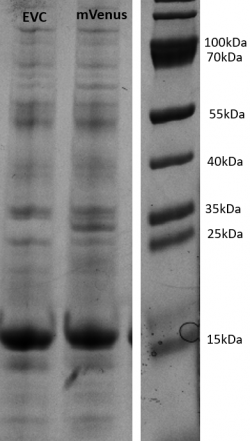 Fig. 4: SDS-PAGE of soluble fraction of cyanobacterial protein, extracted from the cultures after 2 days. The SDS-PAGE was run at 45mA for 90 minutes and then stained with Coomassie blue. 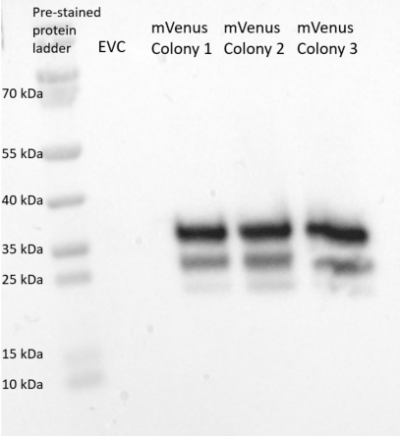 Fig. 5: Western Blot of soluble protein. The image was created by merging the visible light image of the ladder with the chemifluorescence image of the bands. Protein samples from three biological replicates were used. Anti-gfp Antibodies containing the Horseradish peroxidase were used and detected with a commercial kit (ThermoFischer)

The gel showed no difference between the EVC an the mVenus cultures in the insoluble protein(data not shown). Between 25 and 35 kDa in the soluble fraction, a band is visible for mVenus, which is not visible in the EVC. This band is between 25 and 35 kDa, so it is very likely mVenus.

The western blot shows no band at all for the EVC, while showing three distinct bands of the mVenus colonies. The middle band corresponds to the expected size of mVenus. The other bands might be misfolded or partly-degraded protein respectively. 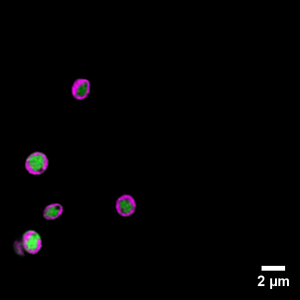 The expression of mVenus is strictly intra-cellular and is not localized to any specific location in the cell. The autofluorescence of the cyanobacterial pigments is also visible in the cell membrane, in which light energy is captured.

The mVenus gene was used to test the effectiveness of a CRISPRi-dCas9 knock-down, which was kindly provided to us by Dr. Elton P. Hudson from the KTH Royal Institute for Technology in Sweden 2. This dCas9 has a mutated cutting site, so it only binds to the target gene determined by the sgRNA without cutting it. In this way, a gene can be inducibly down-regulated. Two clones were used to test the down-regulation system. 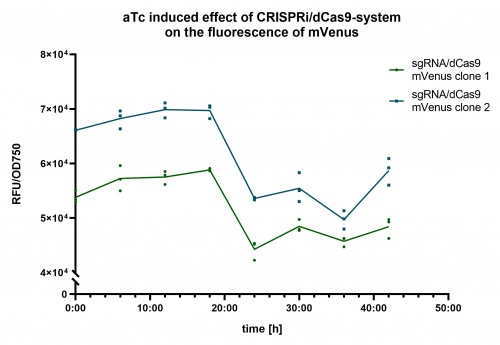 Fig. 7: Fluorescence of mVenus over time after induction of the CRISPRi-dCas9 knock-down with 500 µM aTc. 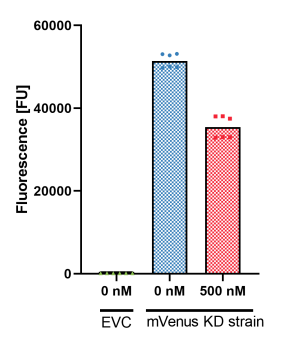 
As seen in Fig. 7, the optimal activity of the sgRNA/dCas9 complex, which can be seen in the decrease of the fluorescence, is after 24 h after induction with 500 µM anhydrotetracycline (aTc). For further comparison, the decrease of fluorescence of several biological and technical replicates of induced and uninduced control and knockdown (KD) Synechocystis sp. PCC 6803 was tested and compared.