The PelB signal peptide is part of the Signal Peptide Toolbox of iGEM Team TU Dresden 2017 (EncaBcillus - It's a trap!). 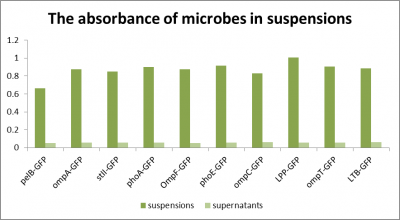 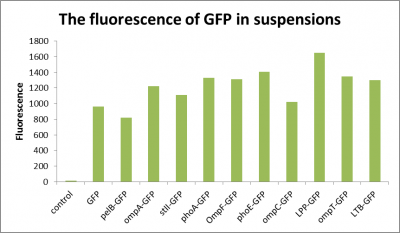 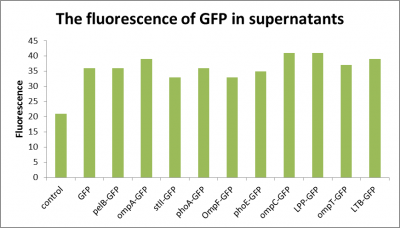 As can be seen from Fig1, the absorbance of the bacterial solution is generally higher than that of the supernatant, while the fluorescence measurement shows that the value of the supernatant is relatively small, generally 30-40, compared with the value of about 1000 of the bacterial solution(Fig2 and Fig3). The fluorescence of pelB-GFP was higher than the control. It turned out that the protein pelB-GFP was expressed successfully and secreted to the extracellular environment.