Not Released
Sample It's complicated
Experience: None
8 Uses
Get This Part

2018 NAU-CHINA obtained the sequence of this part and requested the plasmid from them. Since our chassis organism is mammalian cell, we optimized the codon and then we identified BBa_K2557001 in detail in HEK 293T cells. Although Bxb1 works well in HEK 293T cells, we did not repeat the activity reported by Peking iGEM 2017 team in E. coli.

This part is improved to Part:BBa_K3202041 BHSF_ND 2019 Improved the RBS of this sequence to achieve a sharper turn for the promoter in addressing to the one on the integrase site it is acting on. Check results on [1] or down below at the bottom of the page 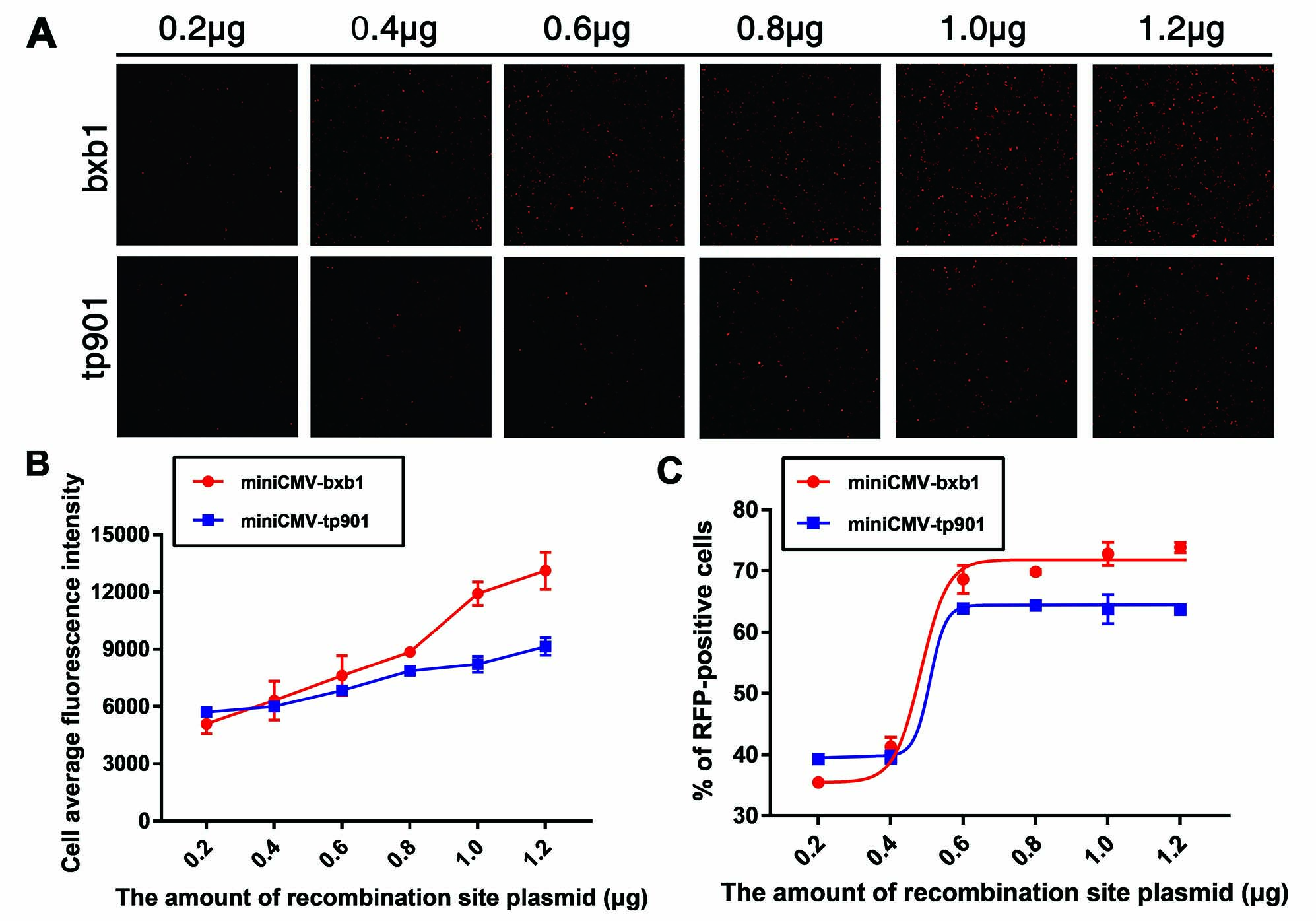 We did not repeat the activity reported by Peking iGEM 2017 team in E. coli. 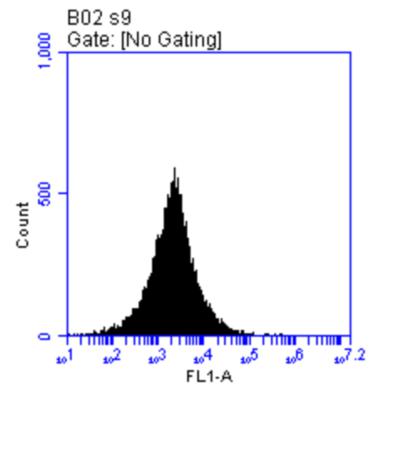 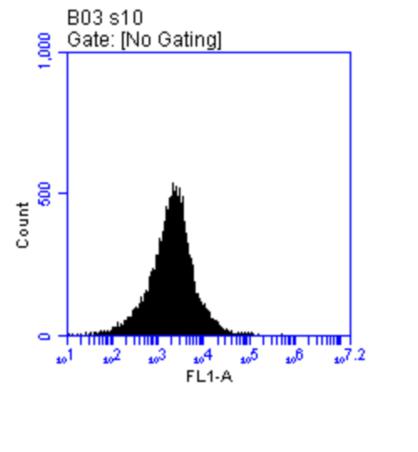 Fig. 4 Two repetitions were selected and the results showed no obvious green fluorescence 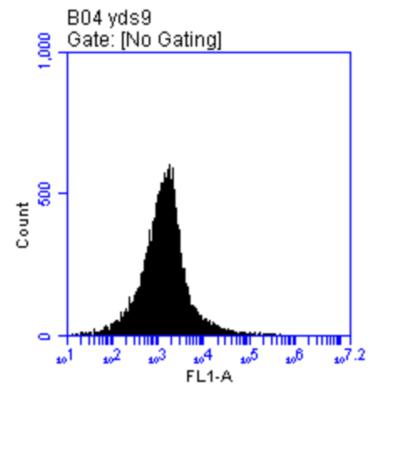 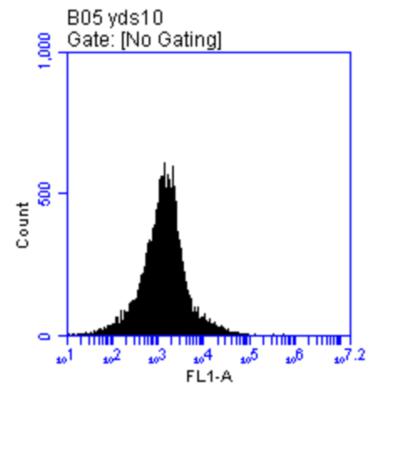 Bxb1 gp35 integrase comes from Mycobacterium Phage Bxb1 and can bind to specific attB/P sites to catalyze DNA recombination. It helps the phage to integrate its genome into bacterial genome naturally. By constructing the attB/P sites in different directions, Bxb1 gp35 can catalyze the recombination of DNA between their sites, leading to inversion when attB/P are in opposite directions and excision when attB/P are in the same directions. Bxb1 gp35 is widely used to construct combinational logic gate and performs well in changing DNA sequence

Many researchers have paid attention to recombinases because of their ability of changing genetic circuits. Integrase Bxb1-gp35 is one of the recombinases with outstanding performance. In existence of recombinase Bxb1 gp35, different orientation of attB and attP allows the sequence to be flipped, excised, or inserted between recognition sites, which makes it useful for gene editing. In our project, we selected Bxb1-gp35 to flip the sequence flanked by attB and attP site for Bio-Flip-Flop construction.

Integrase Bxb1-gp35 comes from Mycobacteriophage, which allows the phage to insert its DNA into the host’s genome. We got the sequence by de novo synthesis.

To make sure that Bxb1 have an optimal performance. We used the standard testing system, consisting of the integrase expression plasmid and the recombination reporter plasmid (http://parts.igem.org/Part:BBa_K2243010). By choosing the vector with different replication origins(a p15A origin with a pTac promoter, and a ColE1 origin with a pBAD promoter) and the RBS sequences upon the integrase, we measure the recombination efficiency under different conditions.The expression vector and reporter of a recombinase were used to co-transform E. coli Top10 and samples were prepared for testing. We picked out our optimal RBS with low leakage and high efficiency for both backbone.

Fig 1. The standard testing system used to characterize the recombinases.

Flow cytometry were used to evaluate the recombination efficiency, the expression vector and reporter of a recombinase were used to co-transform E. coli Top10 and samples were prepared for flow cytometry reading. Our procedures are as follows:

1.Single colonies were picked and used to inoculate into 1ml of LB media with antibiotics in a V-bottom 96-well plate.

2.The cultures were grown at 37°C and 1000 RPM for 12h. Subsequently, an aliquot comprising 2 μL of the culture was transferred into 1ml of M9 glucose media with antibiotics and inducer (1mM IPTG or 10mM arabinose for RBS tuning, gradient concentration for transfer curve) in a V-bottom 96-well plate.

3.The cultures were grown at 37°C and 1000 RPM for 15h. An aliquot comprising 2μL of the cul-ture was transferred into 198 μL of phosphate buffered saline (PBS) containing 2 mg/mL kanamycin in a 96-well plate. This mixture was incubated for one hour at room temperature before testing. Two lasers were used to excite GFP and RFP simultaneously. Single-cell fluorescence distribution at both emission wavelengths was recorded.

The counted cells were gated to eliminate the population which showed no fluorescence. The remaining cells were divided into two subsets by a diagonal: RFP sub-set and GFP subset. The recombination efficiency was estimated from the proportion of the RFP subset in the total fluorescent population.

Fig 3.A example of gating the RFP and GFP subsets. Change of fluorescence after induction was seen. Left: no inducer. Right: 10 mM Ara for 15h.

For the vector with ColE1 replication origin, we found proper RBS in a list of RBSs for Bxb1 gp35. B0032, and RBS of 4493 TIR depicts both low leakage and high efficiency. 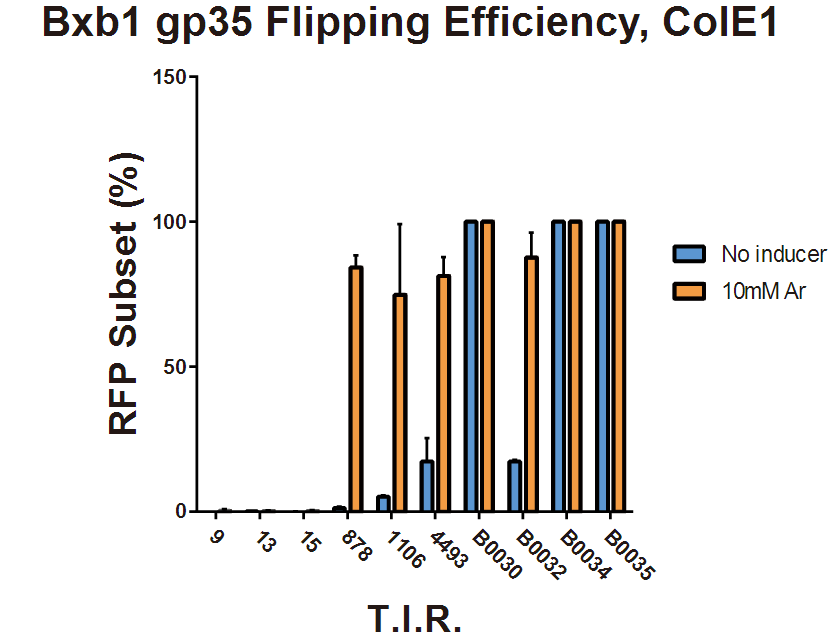 Furthermore, we co-transformed the system containing the terminator flanked by Bxb1 attB/P sites and the system expressing the Bxb1 recombinase to test the inversion efficiency using the plate reader. And the results are show in the graphs below. 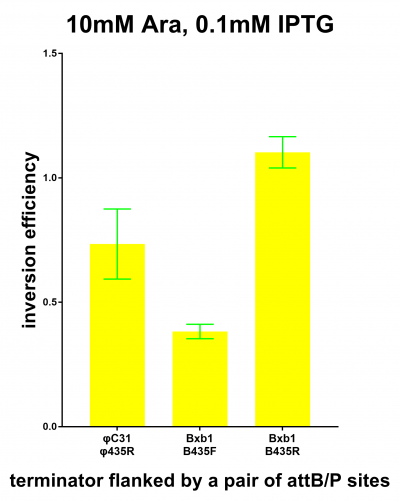 Fig.7 Terminators flanked by one pair of attB/P sites Induced with 0.1M IPTG and 10mM Arabinose 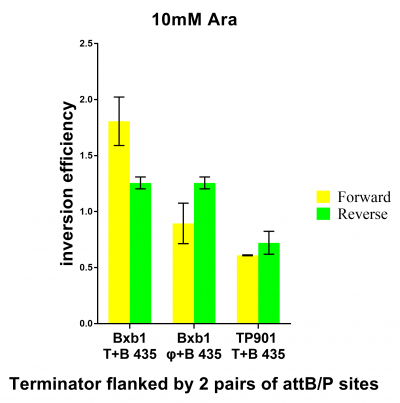 Enhancing the "sharpness" of the turn in the recombinase system

Characterised and improved by BHSF_ND 2019

To make use of Bxb1 coding sequence from the parts collection of 2017 Peking iGEM in our recombinase flipping module, we measured the efficiency of such a recombinase system. For the project of 2017 Peking, they employed the recombinase to “turn” the state of the “clock”, “carpiod”, and “controller”, but their sequence was not particularly suited to our project.

We aimed to achieve “no leakage” in our system. Therefore, as for the recombinase module, a more absolute turn is needed. We turned our sight to the RBS ahead the coding sequence of Bxb1, and we tried to decrease the strength of the RBS by two commonly used methods:

1.The first method we used is to calculated strengths of different RBS using RBS calculator and built up an RBS library to gain the weakest RBS strength and thereby reduced the expression leakage(In addressing to our project)of Bxb1;

2. The second method is that we mutated the original RBS sequence, screened them and changed the start codon of RBS from ATG to GTG in order to reduce recombinase expression leakage levels(In addressing to our project). We chose the optimal one and retested them. 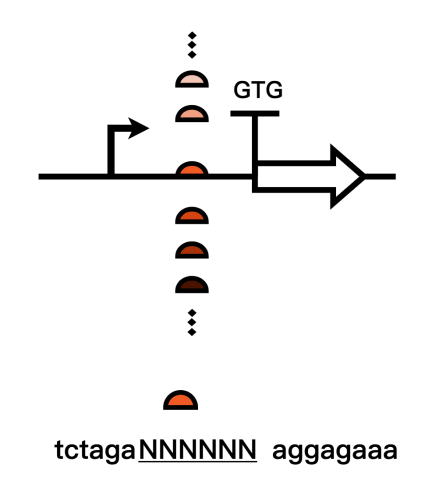 Our recombinases can effectively invert the in-between promoter under our design and experimental validation. This feature works well as a reactor for changes in the external environment. It permanently changes the sequence of genes and thus the direction of gene expression, which implements our goal of connecting two bistable system and exerting permanent effect on the circuit.