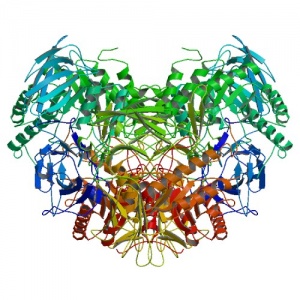 3D representation of the β-Glucuronidase from RCSB

A form of this protein with added TEV and poly-HIS tags can be found here.

β-Glucuronidase is used as a fusion protein marker in higher plants, due to them lacking intrinsic β-Glucuronidase activity[2]. Generally it can be used as reporter enzyme with detection by biochemical activity assays, immunological assays or by histochemical staining of tissue sections or cells[3]. 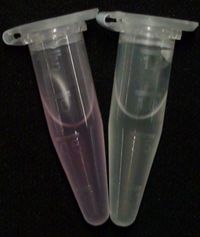 Figure 2. Liquid culture of the triple knockout Escherichia coli strain overexpressing GusA; after reaction with Salmon-Gluc. The negative control (right) is a liquid culture without the substrate added.

ETH Zurich 2013 used GusA in their project as reporter enzyme. To test the functionality of the enzyme, liquid cultures of our ΔaesΔgusAΔnagZ Escherichia coli strain overexpressing GusA was incubated with Salmon-Gluc (Figure 2).

Cell lysate for the assay described below was tested for active enzyme in the same way, but with the fluorescent substrate 4-MU-β-D-Glucuronide. The picture in Figure 4 was taken with a common single lens reflex camera mounted on a dark hood at λEx 365 nm.

To characterize the enzyme they conducted fluorometric assays to obtain Km values. To this end bacterial cells were grown until in exponential growth phase. Upon reaching this, gene expression was induced by AHL (see ETHZ system 2013). After another 4-5 h of growth, cells were harvested and lysed, the cell free extract (CFX) used for the fluorometric assay. The properly diluted CFX was measured on a 96 well plate in triplicates per substrate concentration. A plate reader took measurements at λEx 365 nm and λEm 445 nm. The obtained data was evaluated and finally fitted to Michaelis-Menten-Kinetics with SigmaPlot™. See the resulting graph below. 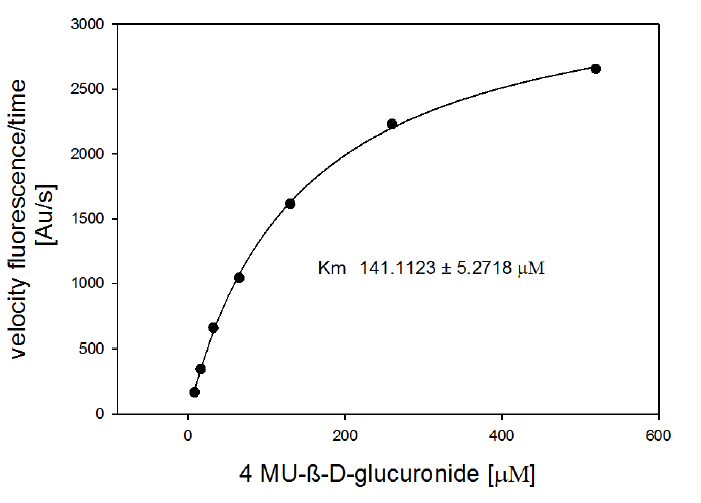 The experimental procedure was as following: 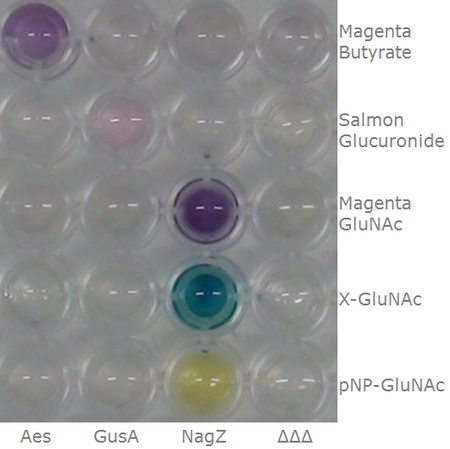 Figure 7. Liquid cultures of the ΔaesΔgusAΔnagZ Escherichia coli strain overexpressing Aes, GusA, NagZ or none in a 96-well plate, with substrates indicated on the left added horizontally.

This crosstalk test was done in a 96-well plate, each well containing 200 μl from liquid cultures of our ΔaesΔgusAΔnagZ Escherichia coli strain overexpressing either Aes, GusA, NagZ or none, each distributed among the column-wells of the plate. Horizontally, the chromogenic substrates were pipetted to the liquid cultures in the same order as their corresponding hydrolase. If specificity of the chosen enzyme-substrates pairs were given, we would expect an output as shown in the figure below (Figure 6). As Figure 7 shows, the overexpressed hydrolases cleave only the substrates they were expected to. 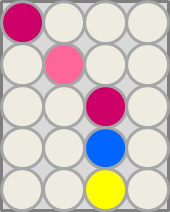 Figure 6. Expected outcome. Added substrates should be specifically cleaved by their hydrolases.