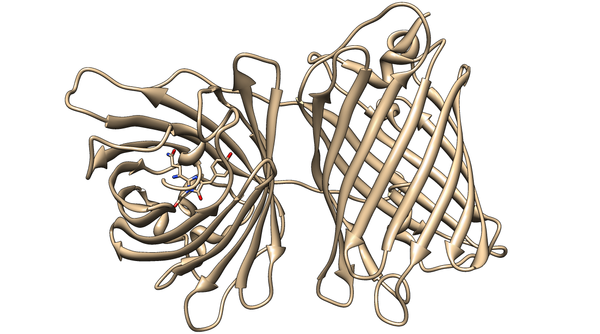 KillerRed is a red fluorescent protein that produces reactive oxygen species (ROS) in the presence of yellow-orange light (540-585 nm). KillerRed is engineered from anm2CP to be phototoxic. It has been shown that KillerRed produces superoxide radical anions by reacting with water. Superoxide reacts with the chromophore of KillerRed, causing it to become dark, which ultimately gives rise to a bleaching effect. KillerRed is spectrally similar to mRFP1 with a similar brightness. KillerRed is oligomeric and may form large aggregates in cells. Expression of KillerRed and irradiation with light may act a kill-switch for biosafety applications.

Superoxide (O2•-) is the radical anion of molecular oxygen, which can react with protein side chains and lipids to harm cells.

This sequence is codon optimized for mammalian cells and has 13 rare proline codons for E. coli (CCC) and one rare arginine codon (AGA). Codon optimization should be taken into consideration if large amounts of the protein are required. Expression on a high-copy plasmid has produced detectable fluorescent signal, however.

KillerRed protein was extracted from transformed E.coli and a control group of empty vector was set to eliminate the influence of other proteins. 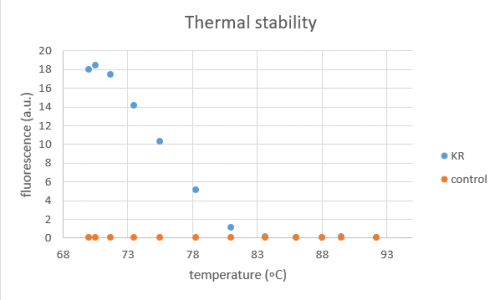 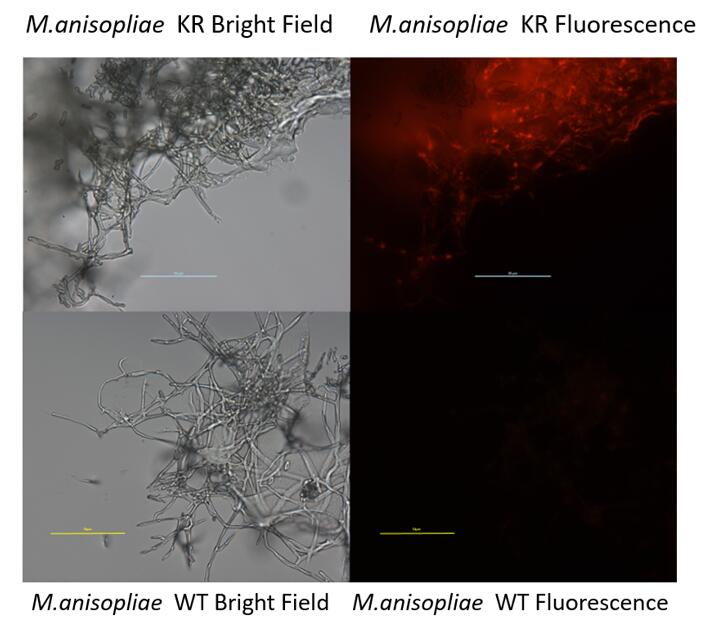 KillerRed is the light-induced killswitch producing rhe reactive oxygen spieces. When cells transfected with killswitch gene is exposed to the green or orange light(540-590nm), the KillRed becomes toxic and kills the cell. The normalized excitation of fluorescence has a peak at near 600nm wavelength.