1 Registry Star
26 Uses
Get This Part

An RNA thermometer that can be used for temperature sensitive post-transcriptional regulation which is based on a RNA thermometer from Bradyrhizobium japonicum that initiates translation at 42°C.

The image shows the secondary structure of the part after ligation to a protein coding part, as predicted by RNAfold. Notice that the 3' end, including the scar and the start codon, does not belong to the part. The blue region is the Shine Dalgarno sequence which is the ribosome binding site. The blue nucleotides are the ones that had to be changed in order to get the desired secondary structure after introduction of the scar. 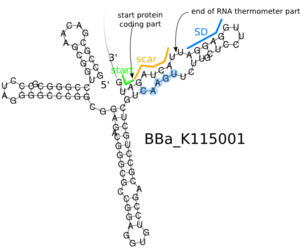 (The following information is the contribution of SVCE_Chennai 2016)

3D Model when not ligated to any protein

Another representation of the 3D structure. 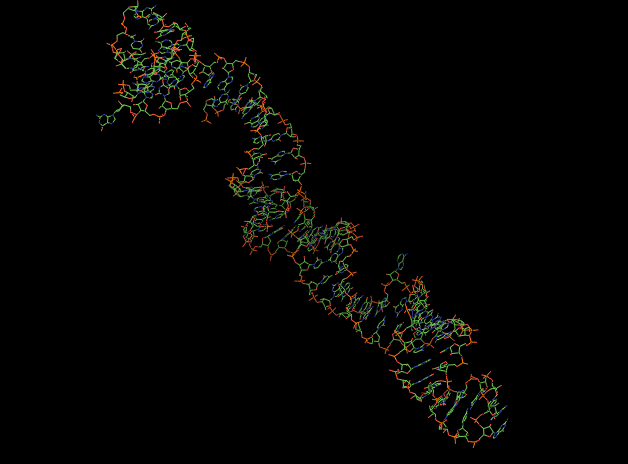 Secondary Structure when RNA thermometer is not ligated to any protein 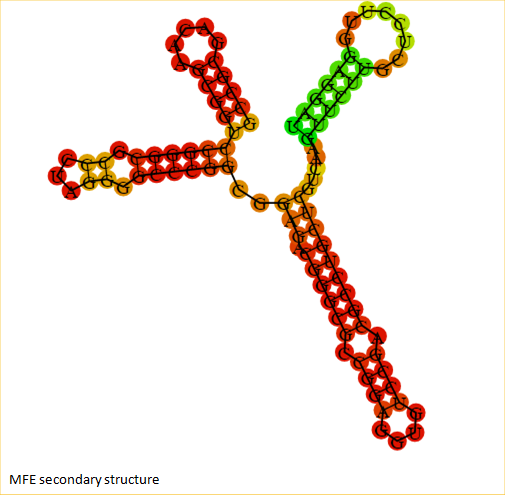 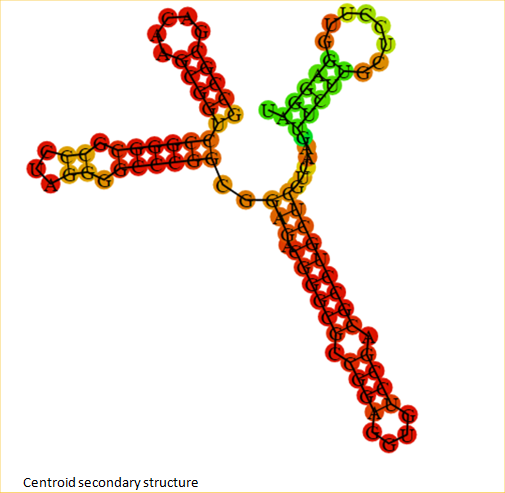