Receptor interacting protein 3, also a serine/threonine kinase that play an important role in cell apoptosis and necrosis. It can induce necrosis via the interaction with RIP 1.[1]

We test the death-induction effect of RIP 3 in two kinds of cell lines, here's the result.We also characterized it quantitively by using FACS. 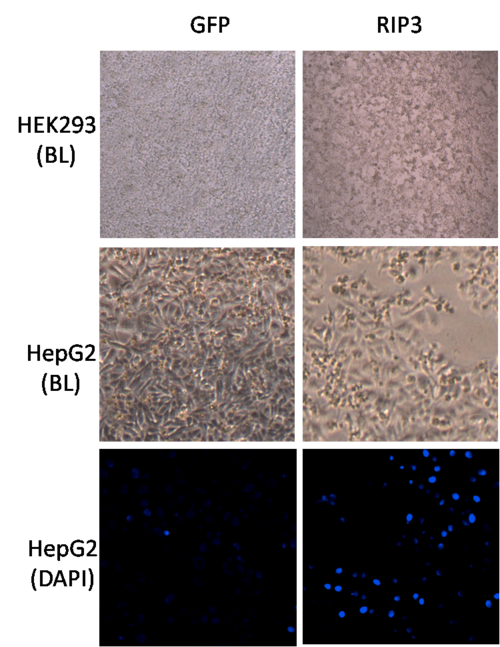 For each suicide gene, it is important to know which cancer cells and normal cells it will kill.So that people can speficially choose gene that will be functional in their project when duelling about cancer. And we define this new feature for each suicide gene that we submitted. The list will be changed due to more and more experiment will be done. We highly recommend people to adopt this feature as an important characteristic of suicide gene.