Anemonia majano. The protein was first extracted and characterized by Matz et. al. under the name amFP486 (UniProtKB/Swiss-Prot: Q9U6Y6.1 GI:56749103). This version is codon optimized for E coli by Genscript. 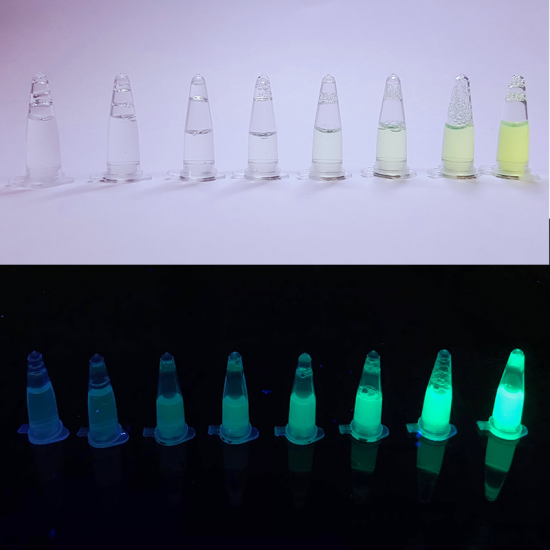 Team UAlberta repeated much of the same measurements conducted by Hong Kong-CUHK iGEM 2017 in order to provide corroboration of previously submitted data for the amajLime Chromoprotein. However, our extracted amajLime was contained in Tris-buffered Saline (50 mmol Tris-Cl, 150 mmol NaCl) and we conducted a quantum yield measurement according to established methods in [4]. 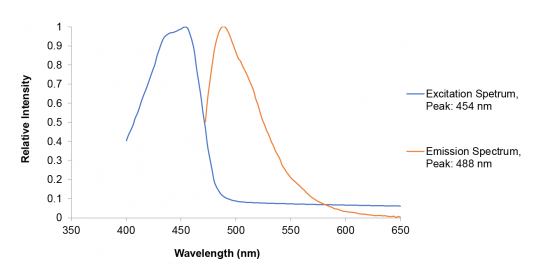 Our results are consistent with the data previously obtained by Hong Kong-CUHK iGEM 2017, however, our absorbance data does display offset error at longer wavelengths. Our determined relative quantum yield for amajLime of 0.65 with a standard quantum yield of 0.5 is also consistent with the previously published value of 0.71 for wild type amajLime [4].

Group: Hong Kong-CUHK iGEM 2017
Author: Yuet Ching Lin
Summary: Although amajLime is described as chromoprotein in the main page, we characterized its spectral properties and found the max excitation and emission wavelength at 445 nm and 485 nm respectively
Documentation:
Fluorescent properties of amajLime:

Fig.1 Emission and Excitation spectra in blue and green respectively.

We transformed part BBa_K1033916 with constituitive promoter: J23100 in C41 and grew in 2XYT for 24 hours.. After purifying the amajLime by Ion Exchange Chromatography and Hydrophobic Interaction Chromatography, we measured the fluoresece (ex ,em ) of purified amajLime, which is diluted to 10µg/100µl (total 200µl) in triplicates, into different buffers (ranges from pH2 to pH12; Volume of amajLime:buffer = 1:4.3). To facilitate reproducibility of the experiment, we correlated the relative fluorescent intensity to an absolute fluorophore concentration by referring it to a standard curve of the corresponding fluorophores(Fluorescein) using the interlab study protocol. The result shows that the stability drops dramatically in pH condition below 6 and relatively stable in pH 6-10. 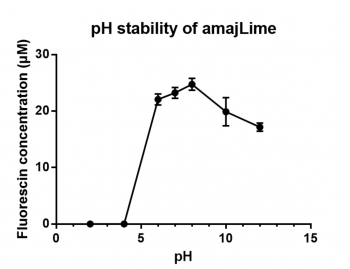 While most of our project was focused on signaling pathways of yeasts, we were also interested in chromoproteins. Specifically, we characterized the expression of amajLime and eforRed.


The amajLime sequence (Part:BBa_K1033916) optimized for E. coli was incorporated into plasmid pET-28a(+), transformed into E. coli BL21 for characterization and measurement. We provided amajLime with results and data based on protein expression and purification, TOF-Mass spectrometry, full wavelength measurement and Swiss-model.

Fig.1 The fermentation broth of amajLime.   Fig.2 The cell pellet collected after centrifugation. 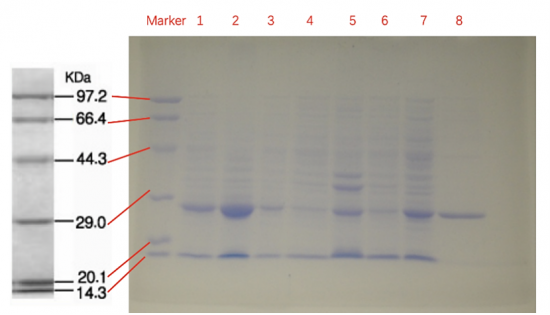 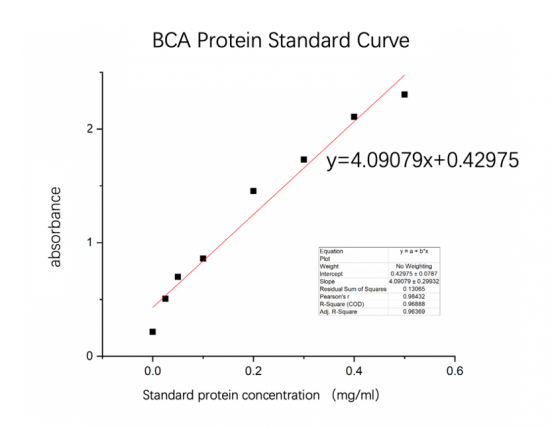 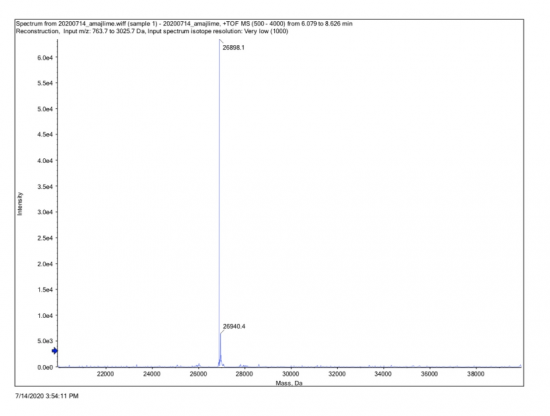 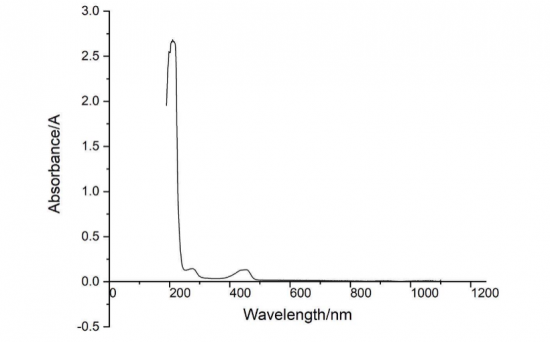 Conclusion : The full-wavelength scan of amajLime protein shows that the strongest absorption peak of amajLime protein occurs at 210nm. As shown in the results, amajLime has a low intensity peak at 400 to 450 nm, which may be due to the fluorescence excitation demonstrated by previous teams such as Hong Kong-CUHK iGEM 2017. 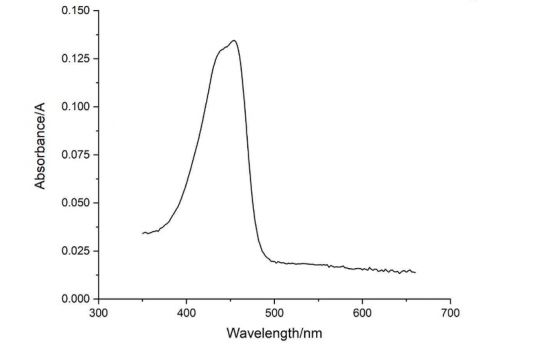 Conclusion : The full wavelength measurement of amajLime (359-660nm) was compared with the excitation spectrum figure of 2013UPPSALA , indicating that the results of amajLime protein characterized by our team were similar to those of 2013 UPPSALA and Hong Kong-CUHK iGEM 2017.

Structural modeling results of the amajLime protein based on Swiss-Model

Fig.8-1 The results of the homology and structural modelling protein amajLime. 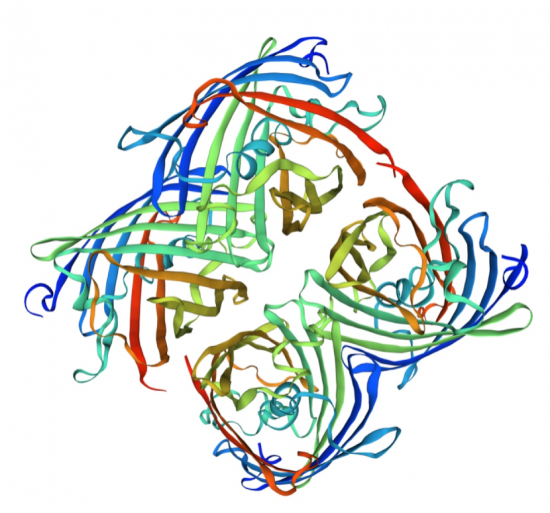 Fig.8-2 The 3D model of the homology and structural modelling protein amajLime .

Conclusion: We used Swiss-Model to simulate the three-dimensional structure of amajLime protein. The above figures showed the modeling result of Swiss-Model.