This part can be used to test promoter strength or the proper functioning of a regulator device. The LVA tail is particularly useful when testing a regulatory device, for example to assess the efficiency of repressor. 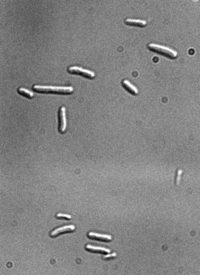 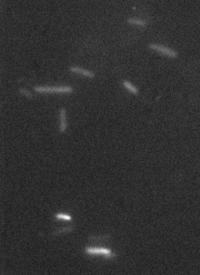 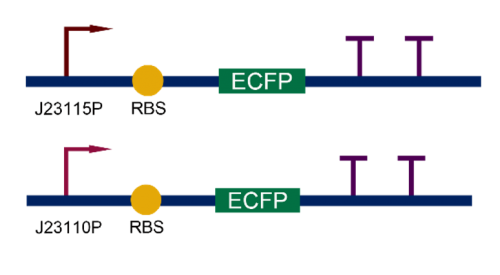 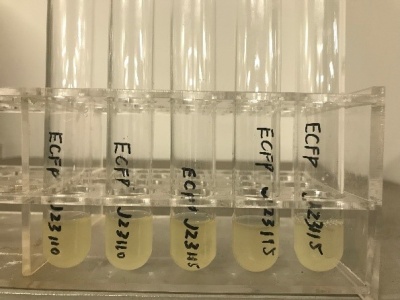 The experiment design
1.PCR validation
Because ECFP was not visible with the naked eye, we performed colony PCR validation to confirm whether the transformation was successful. 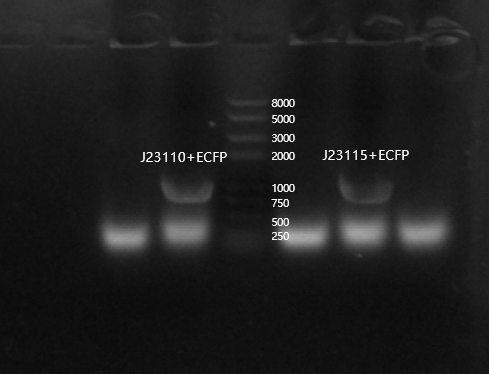 2.Determination by fluorescence microplate reader
The bacteria verified in the previous step were cultured separately overnight, then a small number of bacteria were selected and suspended in 200μL ddH2O, and the fluorescence intensity of the same bacteria was measured under emission/excitation of 439/476nm (reference value). 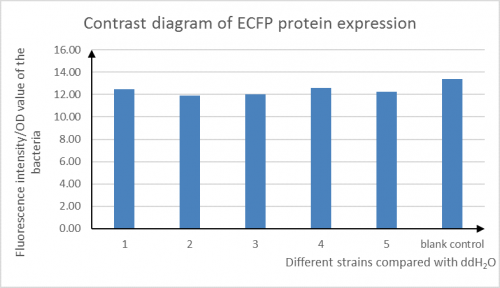 Figure 4. The fluorescence intensity of ECFP compared with the blank control

We did not detect the fluorescence excitation corresponding to this part, which may be due to incorrect culture conditions or some problems of this part itself. We have sent this part to be sequenced for analysis, but until the final freezing, we haven't got the relevant results yet.