1 Registry Star
53 Uses
Get This Part

Cyan fluorescent protein (ECFP) reporter coding sequence without the Ribosome Binding Site. Modified with an LVA tail for rapid degradation of the protein and faster fall time for the emission.

In ECUST_China 2019 characterization，we constructed a plasmid containing pLac and CI protein, adding BBa_E0022 eCFP as the reporter gene. We attempted to verify the function of this plasmid via observing the eCFP fluorescence by the comparison between the negative control and induced cells. 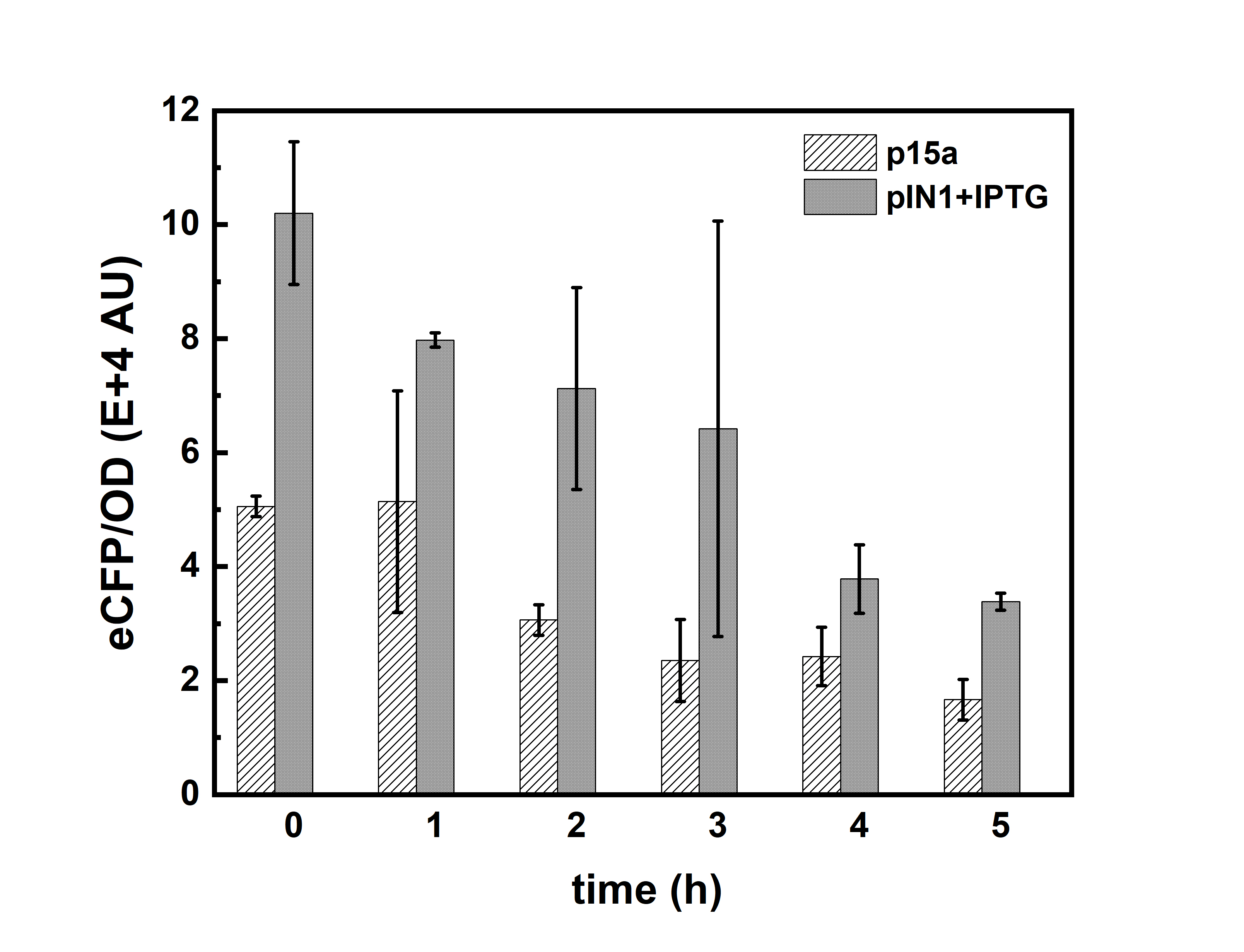