NRP-UEA 2015 originally used this construct with the aim of modifying starch however insufficient quantities of starch were purified from the test system for analysis. Initial tests determines if expression of the enzymes interfered with starch production, a possibility if they compete with starch syntheses of the free ends of glucan chains. Consequently leaves to which the part had been delivered were analysed to predict starch content by iodine staining (Figure 1). Leaves were first put in the dark to remove all existing starch and then starch was allowed to accumulate by allowing the plants access to light. The amount o starch produced in 8 hours was then determined by iodine staining. The expression of this part has no effect on iodine staining but until the starch is analysed for acylation or other modifications, it is impossible to now if the enzyme is functional. An alternate version of this part K1618031, with a C-terminal fluorescent tag indicated that the transit peptide is functioning chloroplast transit peptide, and is able to direct the enzyme to the chloroplast where starch is produced. 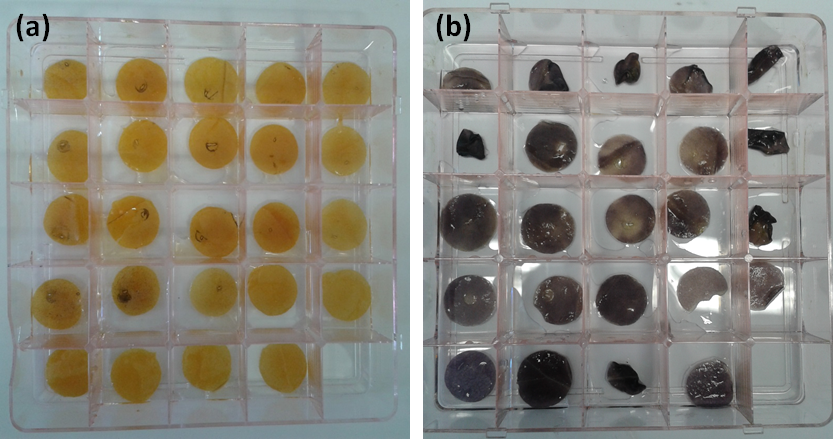