GFP gene under expresson of the Pveg promoter and spoVG RBS of B. subtilis, with a chloramphenicol resistance marker for ease of selection.

Also contains the 5' and 3' amyE integration sequences to allow integration into B. subtilis at the amyE locus.

This device was used by the Imperial iGEM 2008 team to characterise the Pveg promoter and spoVG RBS (Combined part BBa_K143053) as part of the Biofabricator subtilis project. 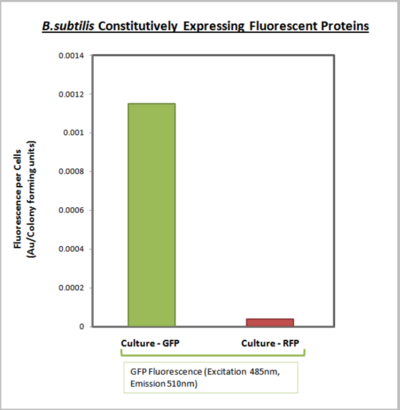