Not Released
Sample In stock
Experience: Works
8 Uses
Get This Part 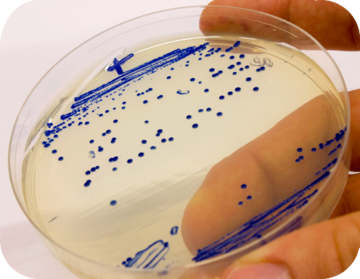 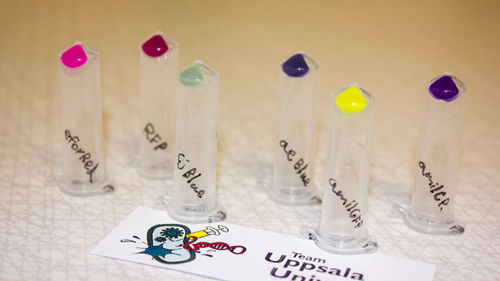 This part is useful as a reporter for biology.

To better characterize the part iGEM19_Aix-Marseille_Universityhas measured the extinction coefficient and the thermal stability of the aeCP597 chromoprotein.

On the left is shown the calculated extinction coefficient spectrum. The extinction coefficient at the 597nm absorption maximum was determined to be 107000 +/- 5860 mM-1 cm-1. The major source of uncertainty in the extinction coefficient is the determination of the protein concentration that varies depending on the method used see here for details. This value is in excellent agreement with the published value, though the origin of this literature value is not clear [2]. To go further we have also characterized the thermal stability of the protein, by measuring the spectra at different temperatures see here for experimental details. Interestingly there is a small shift in the absorption maximum from 597 to 595 nm between 25°C and 30°C, see inset, and then at higher temperatures a progressive loss of the absorption peak and increase in scattering. To obtain a reliable estimation of the disappearance of the absorption peak as the protein denatures we have plotted the second derivative of the absorbance at 595nm as a function of temperature, in the right hand panel. This shows clearly that the protein is stable up to 60°C and then is progressively denatured up to 85°C.