This part expresses GFP under constitutive promoter BBa_J23100. GFP is a fluorescent reporter gene originally found in Aequorea victoria (Jellyfish)(UniProtKB - P42212). It gives a green color (emission at 530nm) when excited at 483nm. In our project, this part was used to test the activity of the constitutive promoter which we have used in several other parts to enable comparison.

After heat shock transformation of the pSB1C3 plasmid containing the BBa_K3440010, we picked colonies from plates (Figure 1) and PCR amplified them with primers VF and VR2. 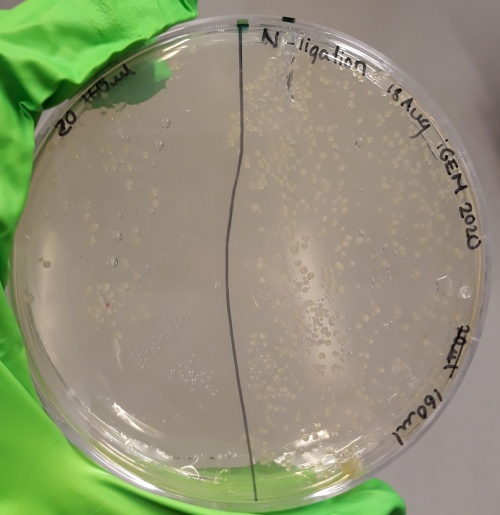 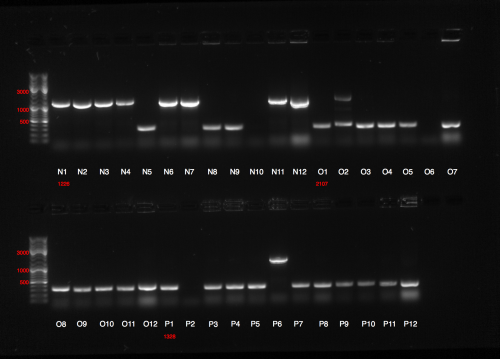 We therefore prepared plasmid preparations and glycerol stocks of those and sent N3 it for sequencing to Microsynth AG. The sequence obtained corresponded to the expected part for N3.

We then proceeded to test the activity of the constitutive promoter thanks to the GFP reporter added in the part. We measured fluorescence intensity (excitation 483nm, emission 530nm) of GFP for N1 and calibrated the values with OD600 measurements. The obtained results (Figure 3 and figure 4) show much lower results than expected. 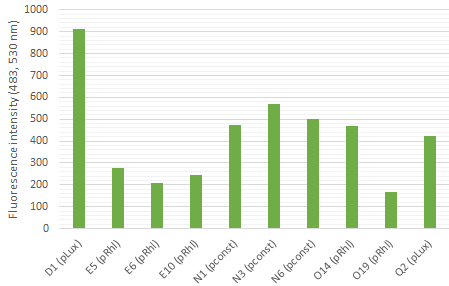 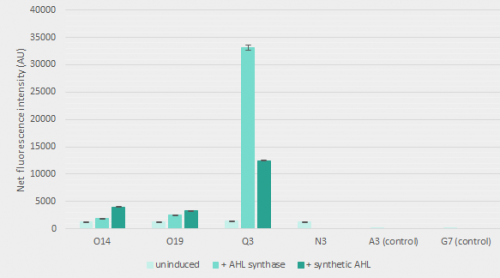