In our project, we used this part to test production of LuxI under a constitutive promoter.

LuxI can produce 3OC6-HSL, a lactone that can be used as a signalling molecule for which the sender is LuxI and the receiver is LuxR.

After insertion into a pSB1C3 plasmid and transformation of E. coli TOP10 cells using heat shock, we picked several colonies (see Figure 1 for the plate)corresponding to this part and PCR-amplified them using the VR and VF2 primers contained in the plasmid backbone pSB1C3. 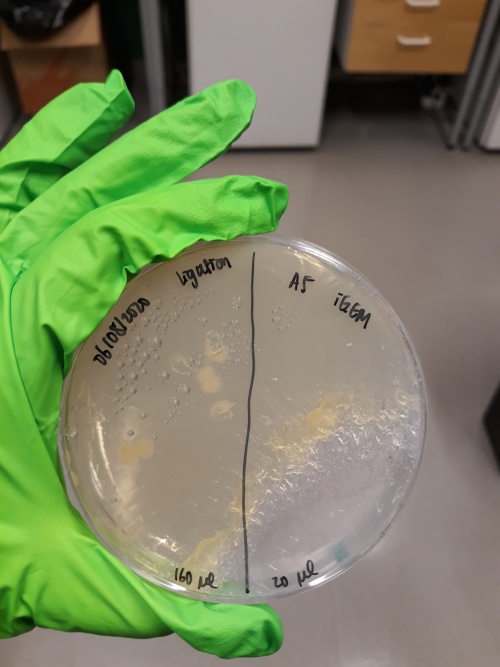 We then ran electrophoretic gels at 180V for 30 mins(Figure 2). In particular, seven colonies were picked from plate A5 and we obtained six bands for which the band height corresponded to the expected length of the construct (1158bp). 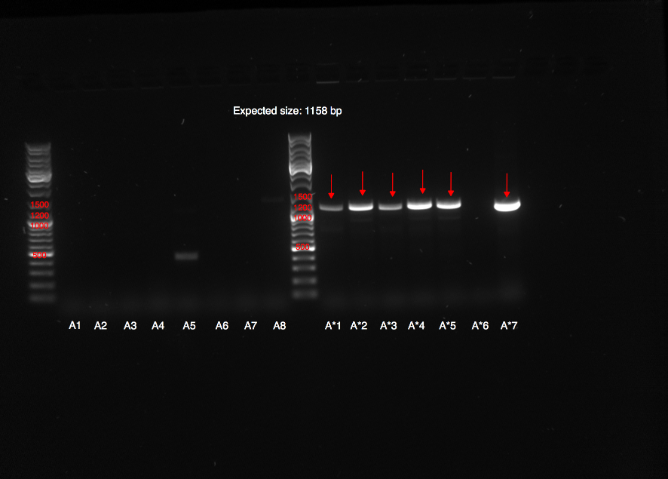 Other gels were also ran, and those for which the size seemed correct were sent to sequencing at Microsynth AB. The sequence obtained for colony A3 corresponded to the expected part and was further analysed by Western Blot to check whether we obtained protein expression of LuxI thanks to the added myc-tag . We obtained a band of the correct size (23,1kDa), which proved that this construct could express LuxI constitutively.