NisA codes for the nisin precursor. Together with the genes NisB, NisT, NisC, NisP, NisR and NisK of the nisin operon it is responsible for producing the lantibiotic nisin in Lactococcus lactis, see the figure below. The NisA protein is first modified and then transported out of the cell. The serines and threonines of NisA are dehydrated by NisB and then the precursor is cyclized by NisC. After this process, the precursor is transported out of the cell (2). Here, the lead peptide is cut off by NisP (3) and the mature nisin is formed.1 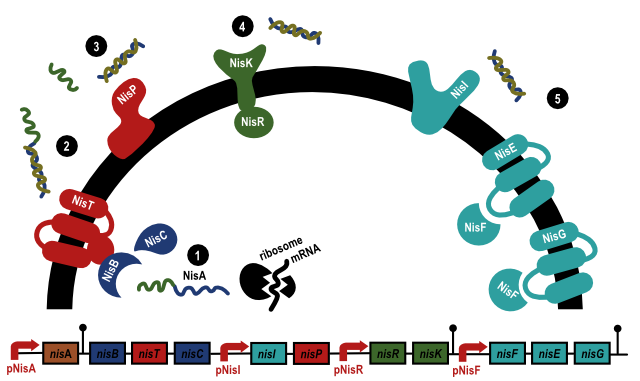 Nisin is a lantibiotic, an bacteriocidal peptide. Nisin inhibits the growth of a broad range of Gram positive bacteria, of which many are spoilage bacteria or pathogens. Nisin is therefore extensively used in the food industry as a preservative. Nisin forms pores in the membrane of the bacteria it kills and inhibits the peptidoglycan synthesis.2

The nisA gene has a nice functionality in the strain L. lactis NZ9800. This strain contains the transposon Tn5276 which carries the complete nisin A operon. The strain has a deletion in its original nisA gene, that makes the gene non functional. This BioBrick can therefore be used in L. lactis NZ9800 to let it produce nisin again.

Team iGEM Bioriidl Somaiya, as working on a similar type of project to this BioBrick part we have decided to characterize this BioBrick part BBa K1365000. This is a gene fragment that is responsible for the expression of protein nisin, a bacteriocidal peptide.

Thus we had characterized this part by first purifying the gene fragment, and transforming into the organism Escherichia coli BL21. 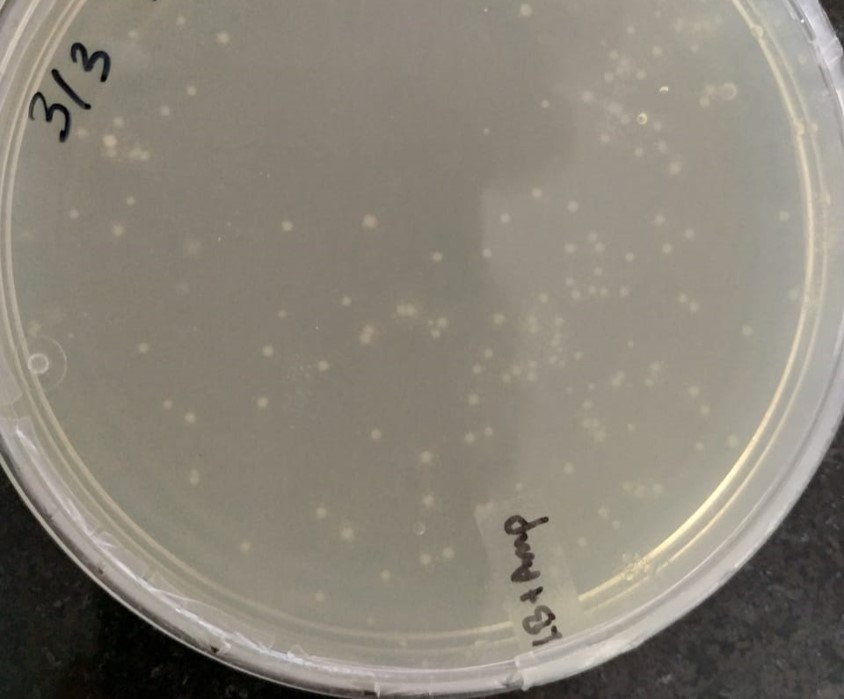