1 Registry Star
11 Uses
Get This Part

This 6 kbp part contains 11 open reading frames coding for gas vesicle genes (gvpB,R,N,F,G,L,S,K,J,T and U) from Bacillus megaterium VT1660 AF053765. Promotion of the sequence results in expression of gas vesicles, organelles made entirely out of protein. These organelles contain gas and therefore provide bouyancy to the cell. This slows the rate of settling of the cells in Saline. For more info on gas vesicles, see Walsby 1994.

Both Melbourne 2007 and Groningen 2009 have done buoyancy tests. These tests show that cells containing a plasmid with the GVP gene cluster on it settle more slowly in saline.

When BBa_K190033, the GVP cluster with an arsenic sensitive promoter (BBa_K190015) in front of it, is introduced in E.coli gas vesicles can be seen under the electron microscope (Figure 1). 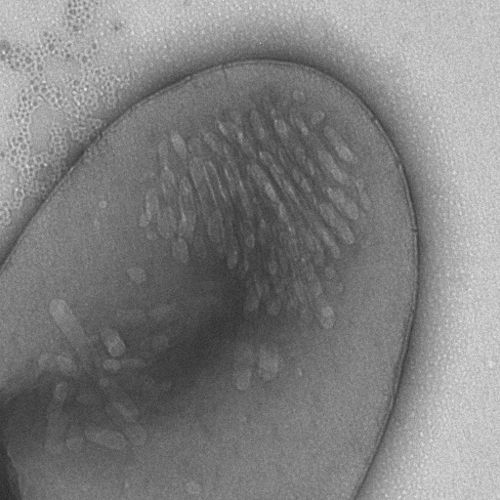 Fig. 1: Gas vesicles in E. coli protoplasts (BBa_K190033). The cells were treated with Lysozyme and SDS to create the protoplasts, uranyl acetate was used for staining. Magnification: 11500x. (Groningen 2009)