Released HQ 2013
Sample In stock
Experience: None
11 Uses
2 Twins
Get This Part 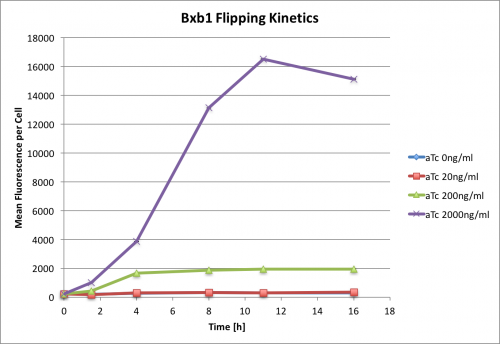 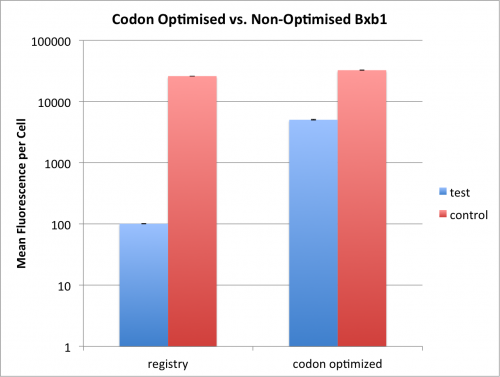 We characterized the kinetic characterization and the orthogonality between Bxb1 and some other serine recombinase. The attB/P site we used for these experiments were Bxb1 attB (BBa_K1039032) and attP (BBa_K1039031)

Due to the leakage before inducing, the LR rate changing is not obvious, which means the Bxb1 integrase is highly efficient, and the leakage may be reduced by changing the genetic design. 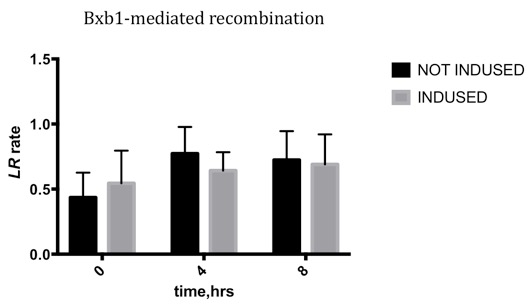 Expect for the Bxb1 attB/P site, none of the attB/P sites flipped, indicating that Bxb1 integrase has a good orthogonality with other attB/P sites. 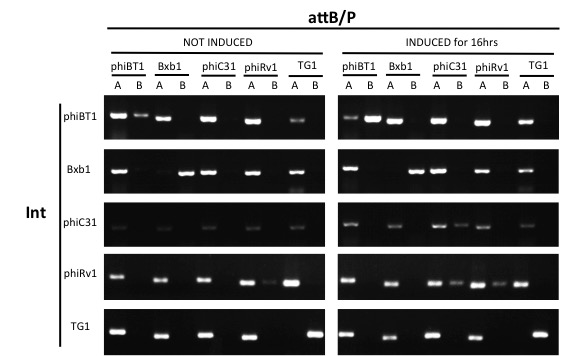