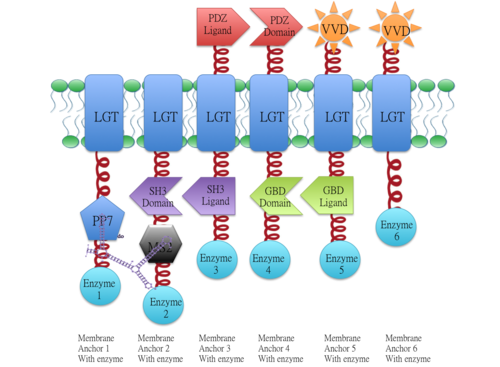 Membrane Anchor 1 and 2 act as a controlling point to determine whether certain pathway （in this case involving enzyme 1, 2, 3, 4 and 5) is activated or not. RNA molecule D0(BBa_K771009) with PP7 and MS2 aptamer domain acts as the signal.

A.Sketch of signal RNA molecule (called D0) which consists of PP7 and MS2 aptamer domains. B: Through fusing PP7 and MS2 RNA biding domain (BBa_K771111 BBa_K771112) to our membrane device, RNA molecule D0(BBa_K771009) in Figure A can function as a bridge to connect different proteins, thus decreasing distance between corresponding enzymes. 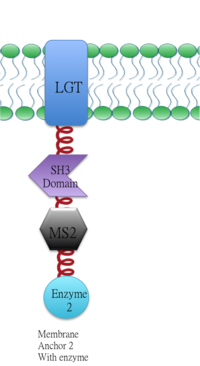 To testify the constitutive aggregation of Membrane Anchor 2, 3 and 4, we conducted Fluorescence Complementation Assay.

In fluorescence complementation assay, proteins that are postulated to interact are fused to unfolded complementary fragments of EGFP and expressed in E.coli. Interaction of these proteins will bring the fluorescent fragments within proximity, allowing the reporter protein to reform in its native three-dimensional structure and emit its fluorescent signal. EGFP was split into two halves, named split EGFP1 (BBa_K771113) and split EGFP 2(BBa_K771114) respectively. If there is interaction between two proteins which were fused with 1EGFP and 2EGFP, it is expected that fluorescence should be observed. Otherwise, no fluorescence could be observed. 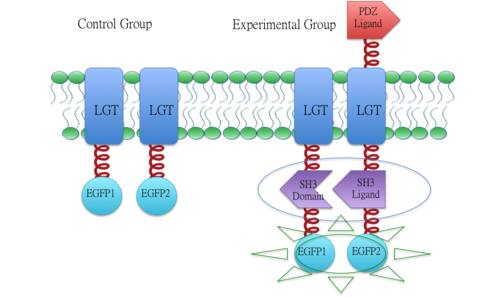 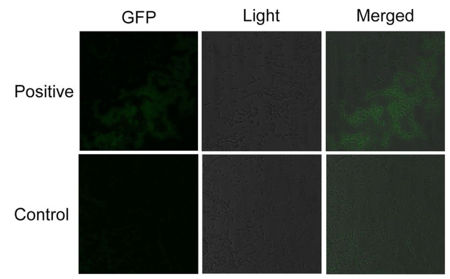