This part contains pBAD promoter, RBS of 1.0 strength, GFP(lva) producer and double terminator. GFP(lva) will be produced after arabinose added. We use this part in our 0,1 dispaly system.

In our project, we utilized tubes with different kinds of bacteria as seven segments. According to the theory of network design, genetic logic gates were assembled into circuits and then constructed using synthetic biology method. Based on the knowledge of bioinformatics and synthetic biology, there are only two results for a single logic gate: on or off. Here, instead of electric signals representing streams of binary ones and zeros, the chemical concentrations of speciﬁc DNA-binding proteins and inducer molecules act as the input and output signals of the genetic logic gates, i.e. present or absent of a specific signal molecule represents binary one or zero. The genetic circuits we constructed actually using Binary-Coded Decimal (or BCD, a device which converts the binary numerical value to decimal value) to compute signal molecules.To display two results (in this case, number one and zero) necessitates one kind of signal molecule, we called it a Single-input BCD Decoder (As shown in Table 1).

Table1. Design of circuits displaying the number 0 and 1. The inducer is arabinose, which effect on promoter PBAD (an E.coli promoter, see more[4]). In the absence of arabinose, cI regulated promoter(PcI) expresses GFP with LVA tag. In the presence of arabinose, pBAD starts transcription and then repressor CI protein is translated and represses PcI.

Table 2 presents the design of device displaying the number 0, 1, 2, which we called Dual-input BCD Decoder. Once the construction is completed, Engineered E.coli with different circuits can be immobilized into microcapsules and then be put in seven transparent tubes which acting as segment of display. 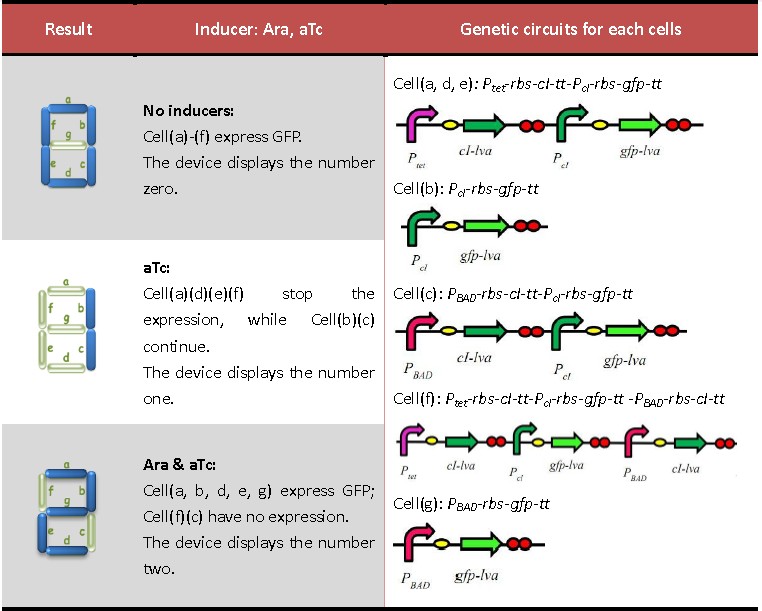 In order to achieve a better visual impact, first thing we concerned is to optimize conditions for the display device. Concentration of inducers is a crucial factor effecting on both fluorescent intensity and response time. Therefore, the first set of analyses examined the impact of the concentration of added additional inducers on circuit. We chose this part as the experimental subject.


From Figure 1 we can see that fluorescent intensity increase with the concentration of arabinose increase. By comparison the three curves, we drew the conclusion that 1mM group shows the best fluorescent performance, for its significant up and down, high peak value and little fluctuations. The optimized concentration (1mM was applied in following experiments without additional explanations. 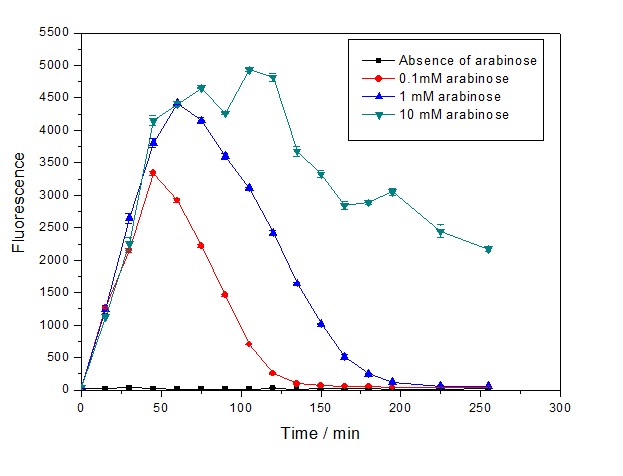 Figure1. Effect of the concentration of arabinose on the intensity of fluorescence.

SDS-PAGE was also applied as another characterize method to verify the function of arabinose. As can be seen from Figure 2, The expression of GFP is significant at peak time(75 min after induction time) and the degradation also happened as desired. Fluorescence value of the same sample has also been measured and showed in Figure 3, which presents a great correlation to the result got by SDS-PAGE. 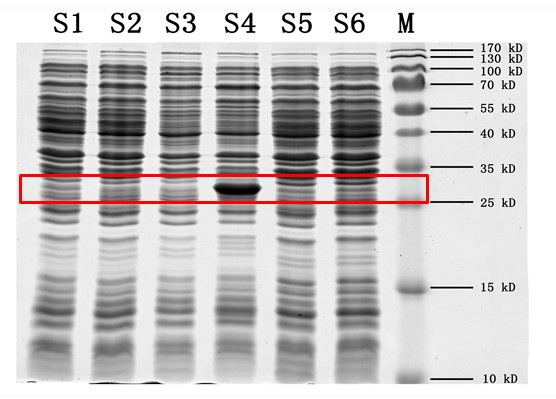 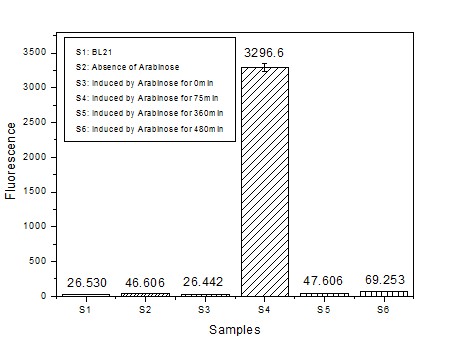 We also did fluorescent test on two circuits used in Single-input BCD Decoder: this part and PcIGLT(BBa_K750103).As can be seen from Figure4, both two circuits function as expected. PcIGLT continually expresses GFP while pBADGLT shows a significant up-and-down after adding arabinose. 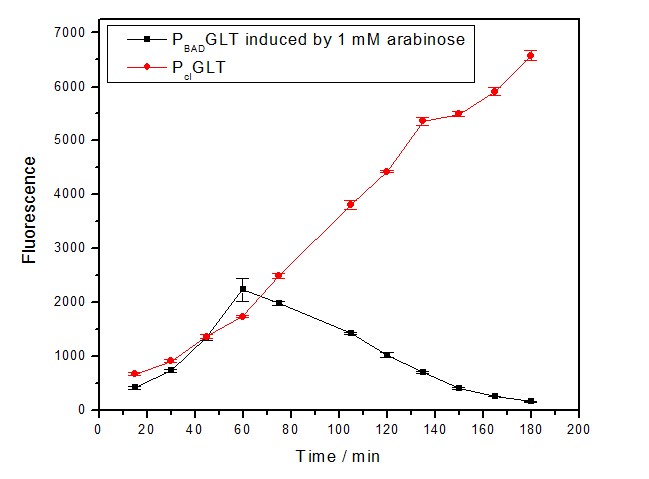 The measurements was done using an infinite M1000 pro plate reader at 37*C. Between measurements the plate was shaking with 216 rpm. Cells with BBa_K750000 were done in 12 replicates, 4 technical and 3 biological (different clones from the same transformation), the empty cells received the same amounts of arabinose as the cells with BBa_K750000 but were measured in technical duplicate (2 of each conc.) and the eGFP reference all were induced with 0.2 mM IPTG (12 technical replicates).