From our results, we observed that E. Coli transformed with the IrrE gene exhibit greater salt tolerance than their non-transformed counterparts. This is revealed in the greater OD that the cells grow to in high salt media, as well as their increased growth rate during the exponential growth phase. Our results are consistent with the results obtained in the original paper (Pan et al. 2009), suggesting that our cells are indeed expressing the IrrE global regulator. 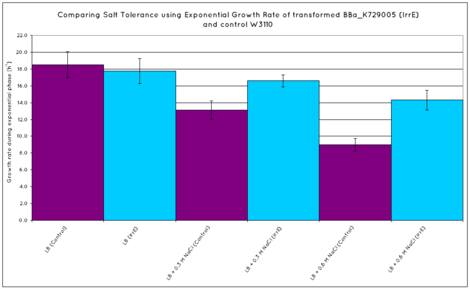 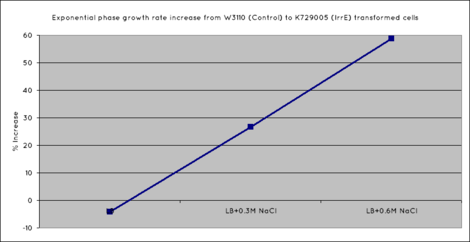 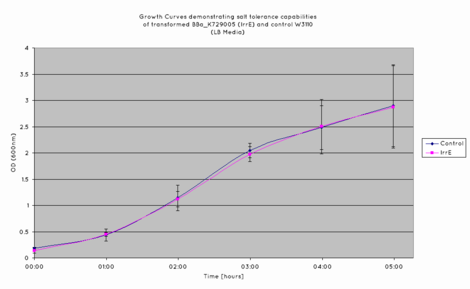 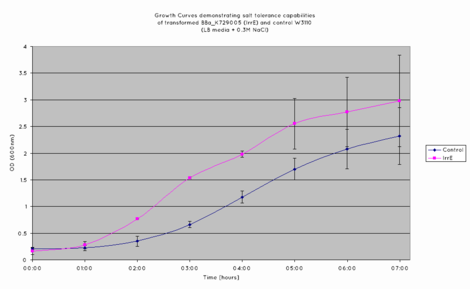 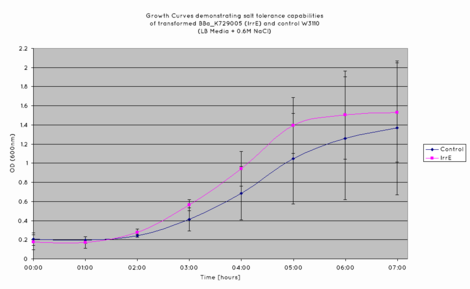 Thus we can report that by inserting our IrrE gene construct into the E.coli cell line, we have determined that it is ideal for conferring increased salt tolerance to the organism, transferring the property of extreme resistance from Deinococcus radiodurans (the source of the gene) to our E.coli.