PcpcG2 promoter, ccaR-regulated
PcpcG2 is the green-light activated promoter from the genome of Synechocystis PCC6803. This 238 bp sequence is used by Jeffrey Tabor in pJT122 plasmid and contains the entire region upstream of cpcG2 and downstream of ccaR (Tabor et al. 2011). PcpcG2 is regulated by the light-activation of ccaS/ccaR. The gene downstream to this promoter is transcribed upon activation by ccaS/ccaR, via green light.


Promoter cpcG2 is a 238bp green-light activated promoter from the genome of Synechocystis PCC6803. We tested the efficiency of the promoter by measuring the fluorescence of output sfGFP when bacteria are illuminated with green, red or no light. (For more detail, please view our wiki: http://2016.igem.org/Team:HZAU-China/Experiments) 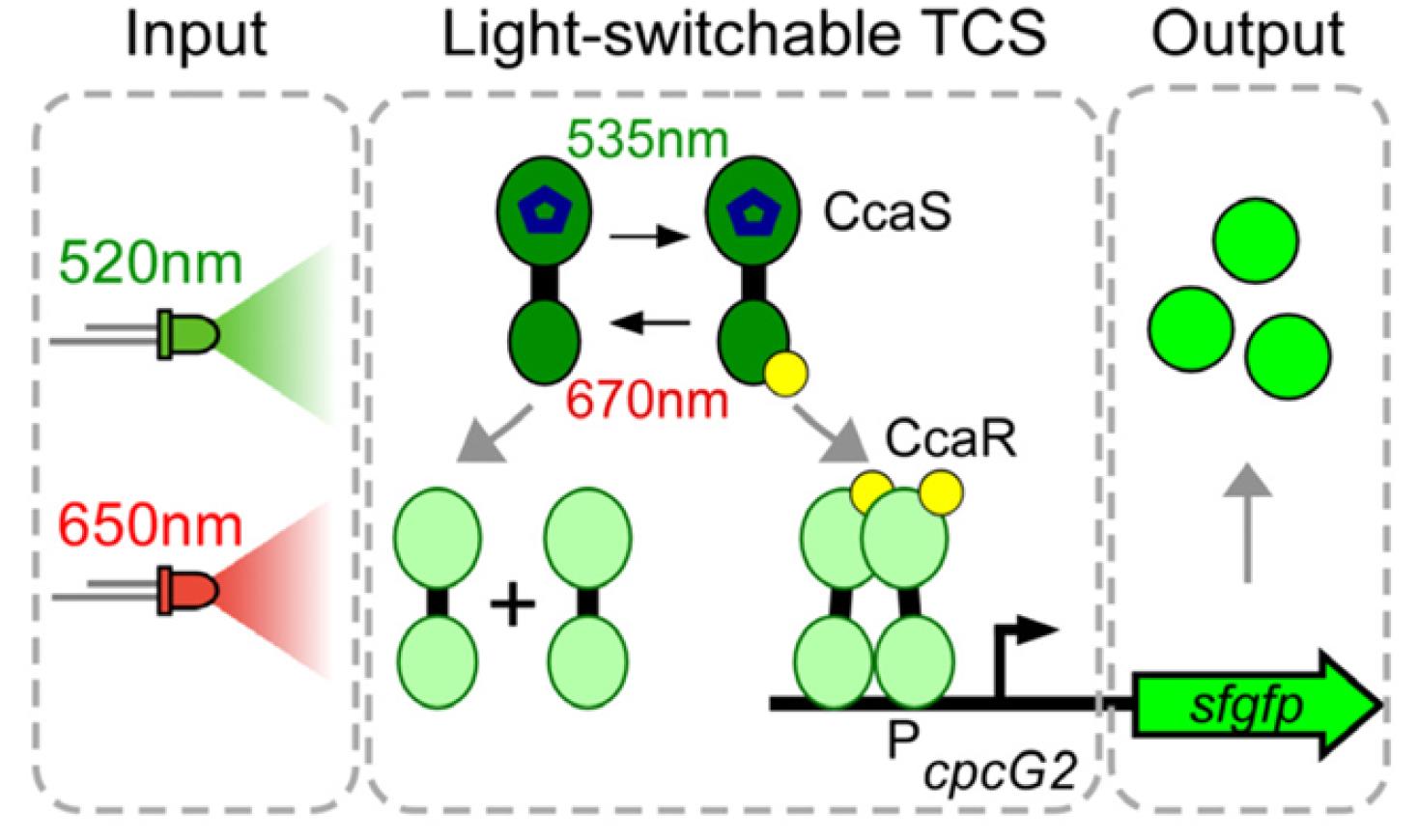 
CcaS is produced in a green-absorbing ground state, termed Pg. Absorption of green light flips CcaS to a kinase-active red-absorbing state (Pr) that phosphorylates the response regulator CcaR, which then binds to the G-box operator within cpcG2 promoter and activates transcription. Absorption of red light switches CcaS Pr back to Pg, which dephosphorylates P-CcaR, deactivating transcription. 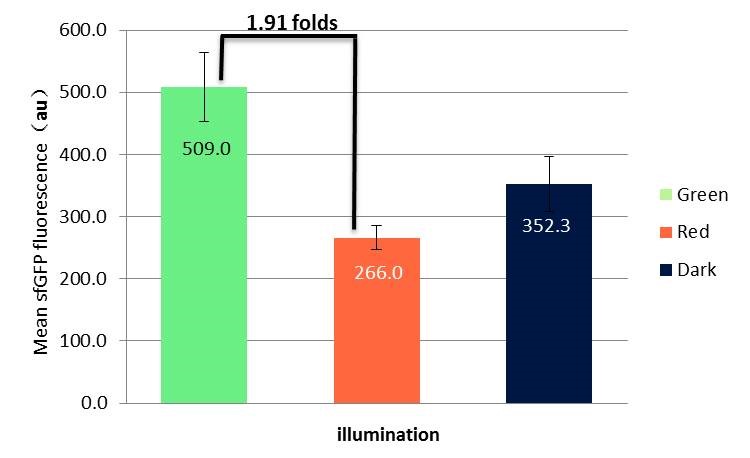 However, the figure also shows that that leaked expression is severe in dark surroundings. To better respond to red and green light, we optimized the promoter by refactoring it and created an innovative promoter, PcpcG2-172, with the truncation of a constitutive promoter within the cpcG2 promoter (BBa_K2012015. For more detail, please view our wiki: http://2016.igem.org/Team:HZAU-China/Experiments).