Released HQ 2013
Sample In stock
Experience: None
9 Uses
Get This Part

The response regulator ccaR is part of the two-component system (TCS) involved in the eventual transcriptional output of an adjacent phycobilisome-related gene (cpcG2) in response to green light of wavelength 535nm. The system is native to Synechocystis sp. PCC6803 but has been successfully expressed in E.coli (Hirose et al. 2008) and has been further used in multichromatic control of gene expression (Tabor et al. 2011). CcaR, alongside the membrane-associated histidine kinase ccaS, functions as a photoreversible switch between green (535nm) and red (672nm) light by regulation of the output promoter PcpcG2. Within the N-terminal GAF domain of ccaS, the blue phycobilin chromophore phycocyanobilin (PCB) binds to a conserved cysteine residue, imparting reversible photoactivation of signalling activity. Absorption of green light increases the rate of ccaS autophosphorylation and phosphotransfer to ccaR. Once phosphotransfer has occurred, ccaR binds to an operator site within the sequence of the output promoter PcpcG2. Transcription of the output gene is then activated. 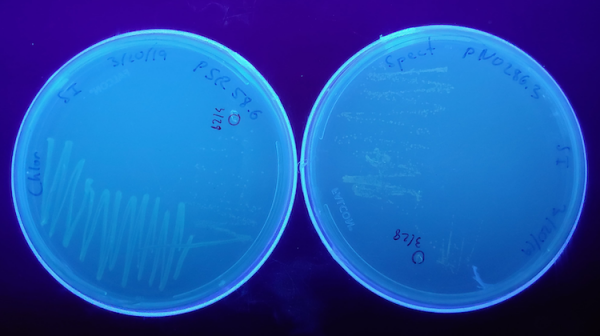 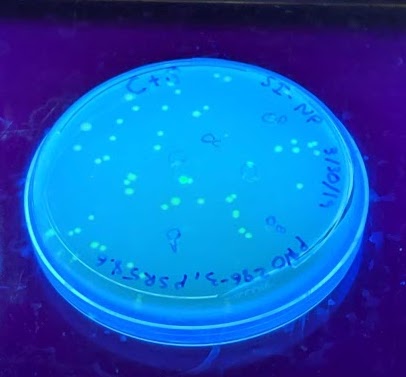