BBa_K4096004 is a plasmid that can expressed cellulase (PKC-OP) under the control of T7 promoter from Pseudomonas aeruginosa. Cellulases break down the cellulose molecule into monosaccharides ("simple sugars") such as beta-glucose, or shorter polysaccharides and oligosaccharides. Several different kinds of cellulases are known, which differ structurally and mechanistically. Synonyms, derivatives, and specific enzymes associated with the name "cellulase" include endo-1,4-beta-D-glucanase (beta-1,4-glucanase, beta-1,4-endoglucan hydrolase, endoglucanase D, 1,4-(1,3,1,4)-beta-D-glucan 4-glucanohydrolase), carboxymethyl cellulase (CMCase), avicelase, celludextrinase, cellulase A, cellulosin AP, alkali cellulase, cellulase A 3, 9.5 cellulase, and pancellase SS.

The alkaline cellulase gene from Pseudomonas aeruginosa PKC-OP performed codon optimization on PKC-001 was selected and inserted into the pET-25b vector which contains a pelB signal peptide (Figure 1 and 2). The recombinant plasmid then was transformed it to E. coli BL21(DE3) strain to produce cellulase.

Figure 1. Genetic design of our gene. 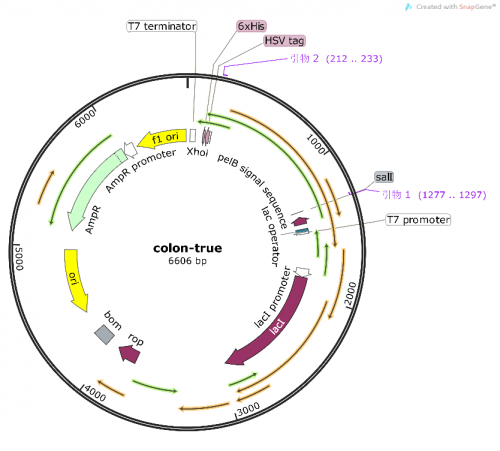 BBa_K4096002 is a coding sequence of alkali cellulase (PKC-OP) from Pseudomonas aeruginosa. Cellulases break down the cellulose molecule into monosaccharides ("simple sugars") such as beta-glucose, or shorter polysaccharides and oligosaccharides. Several different kinds of cellulases are known, which differ structurally and mechanistically.

Figure 3. The result of enzyme cutting and PCR.

This picture is the nucleic acid electrophoresis result of enzyme cutting and PCR (By performing PCR, we can obtain the desirable PKC-OP’s gene segment.). Column “marker” is a column that is used to show the position of different lengths of genes. In this step, our aim is to verify whether these results are the desired ones. Number 1 and 2 is the result for pET-25b after enzyme digestion. Additionally, number 3 is the pET-25b without enzyme cutting. At last, number 4 and 5 is the PKC-OP after PCR. As our experiment moves on, the concentration of our PKC-OP and pET-25b are 233.2ng/μL and 17.8ng/μL. Lastly, we use the homologous combination to combine them.

Column “marker” is a column that is used to show the position of different lengths of genes. Number 1 to 10 is the result for recombinant plasmid pET25b-PKC-OP after Apa1 enzyme digestion. We get two bands of 4712bp and 1894bp. It further indicates that the obtained monoclonals were positive monoclonals containing the recombinant plasmid. 1, 7 and 8 plasmids were sent to sequence.

Figure 6 The result of sequencing for plasmid pET25b-PKC-OP..

Sequencing feedback shows we have obtained the correct plasmids which is consistent with their DNA profiles. Different induction conditions were tested for protein expression. As the pET-25b vector contains a pelB signal peptide, the engineered strain would secret the protein into the medium. Therefore, we collected the culture supernatant after induction and ran SDS-PAGE for verification (Figure 7).

The theoretical molecular weight of the PKC cellulase is 45.6 kDa. As seen from the SDS-PAGE (Figure 7), there is a wide band just above 40 kDa and it indicates that we have obtained the PKC cellulase.

As our goal is to produce the additive that could secret PKC enzyme to help degrade the cellulose in silage, we want to ensure that our engineered strain can make the best of itself at its best condition. From this perspective, we designed several different induction conditions for protein expression and decided to build the model to determine the optimal condition for our engineered strain to “work” better.

Table 1. The gray value of E. coli/PKC-OP under different concentrations of IPTG against time.

In table 1, gray values were measured by Image J in order to quantify the protein expression level. In this case, we tested three concentrations of IPTG to conduct induction. According to the scatter plots, we noticed that the cubic polynomial equation could fit the trends very well with all fitting degrees higher than 0.98. 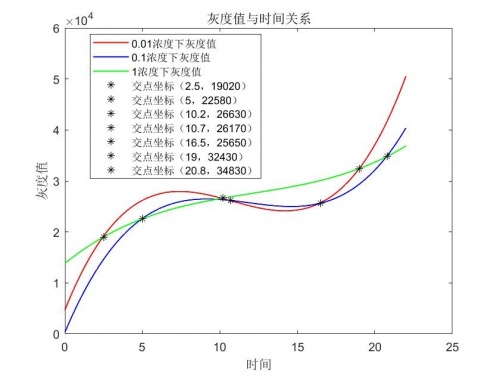 Figure 8. Comparison graph of the fitting curves of three models.

Improvement of an existing part

Compared to the old part BBa_K3584002, expressing T7 pro-tag-Lac ope-PPO-T7 ter, we design a new part BBa_K4096004, expressing T7 pro-Lac opePKC-OP-tag-T7 ter, with its sequence different from the old part (Figure 9). The group iGEM20_Shanghai_United aimed to degrade p-cresol sulfate for giving a potential treatment to chronic kidney disease patients. And they successfully constructed a composite part BBa_K3584002 and transformed it into E.coli BL21(DE3). They successfully expressed and purified PPO protein, and detected the enzyme activity. Differently, our team designed a new part BBa_K4096004 and aimed to construct an E.coli strain that can expressed alkali cellulase so as to improve ruminants' ability to acquire monosaccharides.. We chose T7 pro-Lac ope-PKC-OP-tag-T7 ter., which sequence is different from part BBa_K3584002 (Fig8), to construct our desired engineering strain.

Furthermore, in order to improve the utilization rate of silage and grain mixed feed, and the applicable varieties of poultry and ruminants. We constructed an improved composite part BBa_K4096006, which further add the Bacillus subtilis xylanase xynA gene to the cloning recombinant vector to make it compatible with cellulase PKC-OP and express β-xylosidase at the same time.

Testing the effectiveness of producing cellulase of positive recombinant bacteria. This is important because we need to know how much bacteria is needed to be used to effectively help animals digest fodder. In this experiment, we can control the time that positive recombinant bacteria grow and use the OD test to set the numbers of bacteria. Then put different numbers of bacteria and cellulose filter paper together. OD test can be used again to see the glucose concentration.