CP5 was used as a biomarker for the detection of amebiasis - a disease caused by Entamoeba histolytica. This was achieved through a method called SELEX which uses in vitro directed evolution to find a suitable single stranded DNA detection probe called an aptamer.

Cysteine proteases, also called thiol protases are enzymes which can digest proteins. It was first discovered and mostly found in fruits but it is also found in our target organism – Entamoeba hystolytica. Once the ameba attaches itself to the walls of the intestine, it starts to secrete tbe cysteine proteinase 5(CP5), which degrades the intestine wall cells[1] and allows the ameba to infect the person's blood. While there, it can sustain itself by digesting human blood cells like erythrocytes through phagocytosism travel through the blood circulatory system and infect other organs. Most commonly it infects the liver, but on rare occasions it can also infect the heart, lungs or even the brain through the same mechanism using the CP5 protein.

Usage in our project

The specific role of this protein in our target organism was not that important to us, because we only needed the protein to be excreted to the ameba’s environment for detection. This protein was suitable for us because it is a necessary molecule for a successful infection by our target ameba and it is also unique to the organism which helps us to make the test more precise. Besides the actual SELEX process in a lab we also modeled our protein so we could dock different aptamers to it in silico.

It is not possible to transform E. coli bacteria with a plasmid containing the active protein form because as soon as it would get made inside the cell it would start to indiscriminately degrade all the proteins until the cell's death. To get around this problem, recombinant CP5 is synthesized in an inactive pro-enzyme form which forms harmless, but insoluble inclusion bodies[2]. We should have been able to solubilize the inclusion bodies, purify the protein, then refold it by restoring its disulfide bonds and finally incubating it in the activation buffer where the protein would cut off its own N-terminal pro-enzyme part and become active. Unfortunately we failed the refolding and activation processing and did not produce active recombinant protein. What we did find out was that the solubilized CP5 protein is somewhat stabilized by CuCl2 after trying out known buffer additives with protein stabilizing properties[3]. In the end, we decided to use another protein to train our aptamers with because we still were not sure if we could activate the protein and the soluble fraction was not big enough to use for our downstream applications. 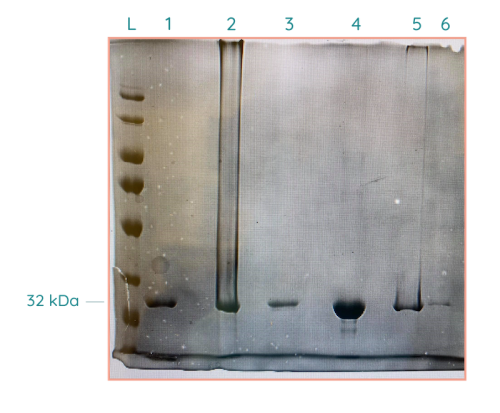 Fig. 2 An SDS gel showing the stabilizing effect of CuCl2 (lanes 5 and 6)