PPDK was used as a biomarker for the detection of amebiasis - a disease caused by Entamoeba histolytica. This was achieved through a method called SELEX which uses in vitro directed evolution to find a suitable single stranded DNA detection probe called an aptamer.

The enzyme was found and mostly studied in plants where it catalyzes the reaction of pyruvate phosphorylation using ATP although it is also found in some bacteria and our target organism – entamoeba histolytica as well. It’s a part of the transferase family of enzymes, more specifically phosphotransferases. The reaction is vital in photosynthesis and gluconeogenesis and is the opposite of the glycolysis reaction facilitated by pyruvate kinase.

Usage in our project

The specific role of this protein in our target organism was not that important to us because we only needed the protein to be excreted to the amoeba’s environment for detection. This protein was a perfect fit for us because it has shown some promise as a biomarker for the ameba in previous sources[1, 2] and it is not toxic to the E. coli cell so we can make enough of the recombinant protein to develop our test. Besides the actual SELEX process in a lab we also modeled our protein so we could dock different aptamers to it in silico.

We were not able to purify the soluble fraction of the protein, but we managed to work around that by stabilizing the denatured recombinant protein in a buffer suitable for aptamers. At first we found out that PPDK is solubilized at 6M concentration of urea, and then, after dialyzing it against a bunch of different lysis buffer additives[3, 4] found out that it is successfully stabilized in a buffer containing arginine of a 0.375M concentration. 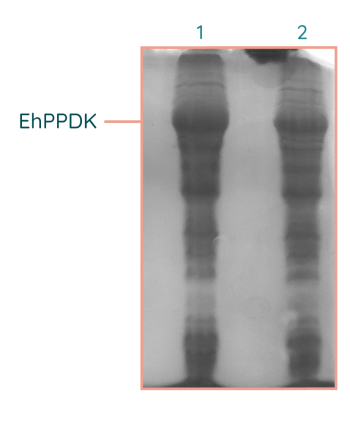 Fig. 3 An SDS gel showing the stabilization effect of arginine