Promoter strength was estimated by measuring how intensively the Nissle transformants can produce super fold green fluorescent protein (sfGFP) under the promoter of interest. Fluorescence intensity was evaluated by dividing the intensiveness of the signal by the OD600 of the medium during the course of 6 hours (Figure 1). The greater ratio would indicate the stronger promoter (Table 1). The data were compared between all the promoters of our interest and the sequences demonstrating required expression rates were selected for the construction of naringenin synthesis cassete. The same evaluation strategy was applied to measure the effectiveness of mRNA cyclization system, which in our particular case did not show the expected potential to improve the efficiency of our system (Figure 2)[1]. 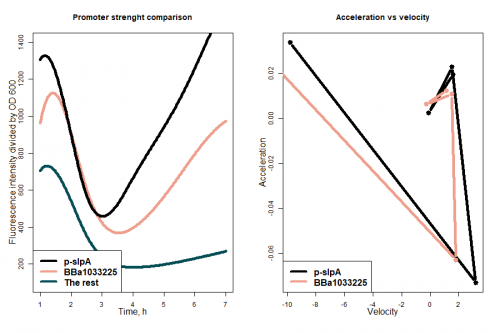 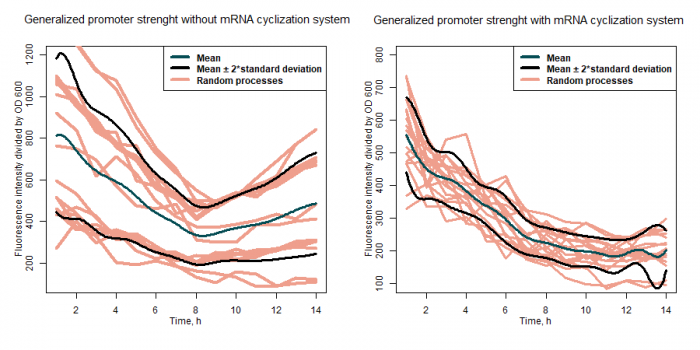