SHSP is a stress protein, also known as heat shock protein, which is a group of proteins preferentially synthesized by cells. Compared with the mutant strains without the plasmid encoding SHSP, the parental strains with the plasmid encoding SHSP were significantly more resistant to temperature changes from 42℃ to 62℃, and there was a significant difference in cell survival rate between the SHSP plasmid carrying streptococcus thermophilus strain and the SHSP elimination plasmid under heat shock condition. The cloned SHSP gene was transformed into streptococcus thermophilus strains lacking plasmid encoding SHSP, resulting in increased resistance at 60℃ or pH 3.5, and increased growth ability at 52℃. Meanwhile, the presence of PET-SHSP and the overexpression of SHSP gene demonstrated its ability to protect E. coli cells from ethanol stress. Results from the literature showed that escherichia coli cells overexpressing SHSP gene of the smaller plasmid pQC2 of Streptococcus thermophilus ST-QC significantly increased their resistance to heat, acid and ethanol stress. Therefore, we chose HSP as a non-antibiotic E. coli screening method.

We added the HSP gene to the plasmid construction of each of the target genes to express heat shock proteins. On the plasmid level verification, we chose DH5a strain with PJSG plasmid and Nissle 1917 to experiment. Due to the resistance of heat shock protein expression element and triclosan protein expression components on the same plasmid, the results can be seen in figure 1. 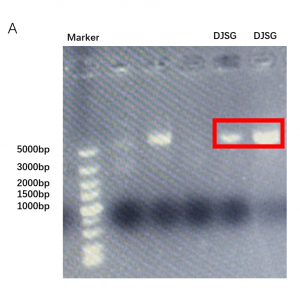 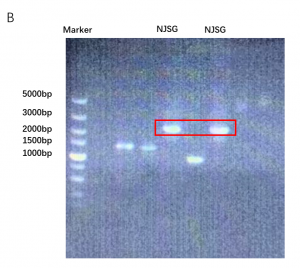 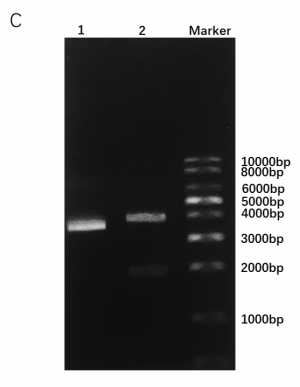 As can be seen from the figure 1, the sample band was larger than 5000 bp, which was consistent with our plasmid vector 5939 bp, indicating that our plasmid transformation was successful.

We then verified the engineering bacteria at the protein level. The experimental group was DH5α strain with PJSG plasmid, and the control group was DH5α empty vector. As can be seen from figure 2, only DJSG protein was expressed near 14.4 kDa, which was consistent with our target protein band of 16 kDa, indicating that the engineering bacteria successfully expressed HSP protein. 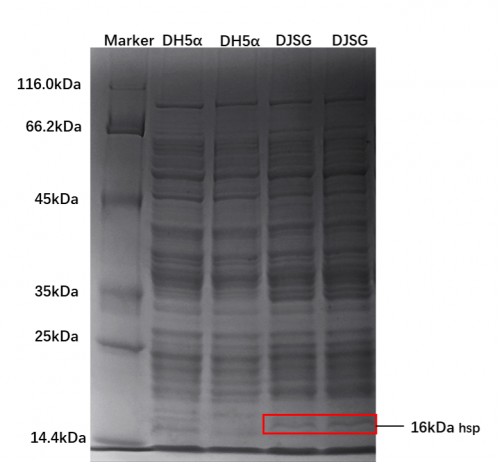 We inoculated BL21 strain (BJSG) transformed into PJSG plasmid and BL21 (BPUC) transformed into empty vector pUC18 into 15 tubes of 5 mL LB medium, which were divided into 5 groups with 3 tubes per group. Each group was placed at 37℃ for 5h, and OD value was about 1.0. Then, each group was cultured at 37℃, 42℃, 47℃, 52℃ and 57℃, and under 0.5mM hydrogen peroxide stress and ethanol stress, respectively. The OD600 of bacterial solution was measured per hour for 8h. The survival rate was calculated by taking the first OD600 as 100%, and the result was shown in figure 3. It can be seen that the survival rate of BJSG under hydrogen peroxide and ethanol stress is higher than that of the untransformed blank bacteria, indicating that the engineered bacteria have acquired such stress resistance, and this gene has the potential to be used as a screening gene. In addition, hydrogen peroxide and ethanol mimicked two states common in the human gut: excess reactive oxygen species and the drunk gut. This means that HSP can also effectively help engineered bacteria colonize IBD patients with abnormal ROS levels. 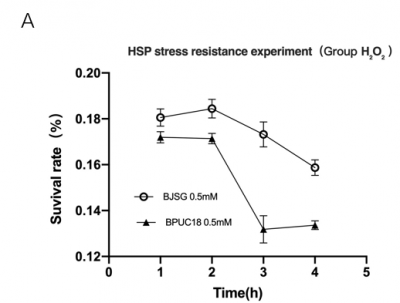 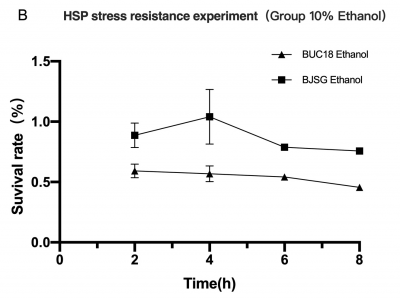 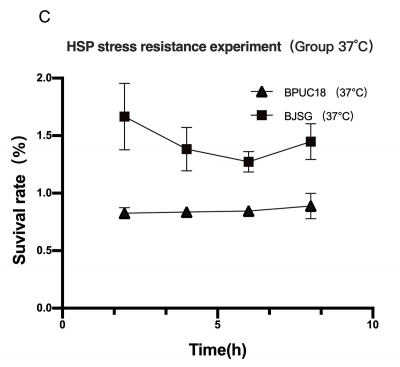 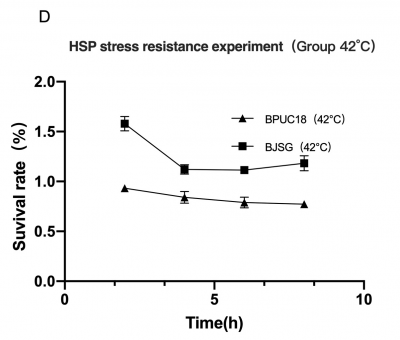 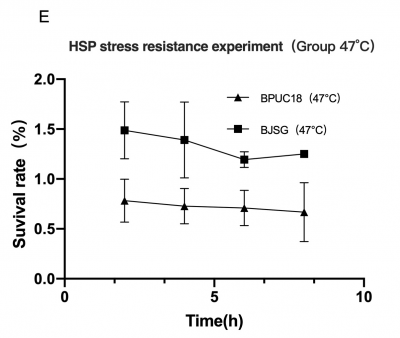 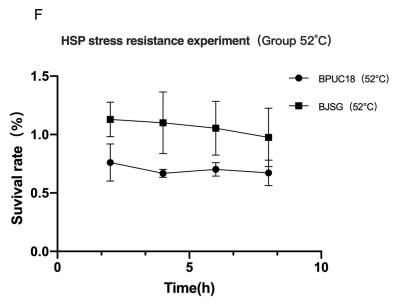