The plasmid PJB was selected for validation, and the transformed plasmid DH5a (DJB) was verified by plasmid running gel and PCR. As can be seen from figure 1, the sample band was over 5000 bp, basically matching the target band 5477 bp, which proved that our plasmid transformation was successful. 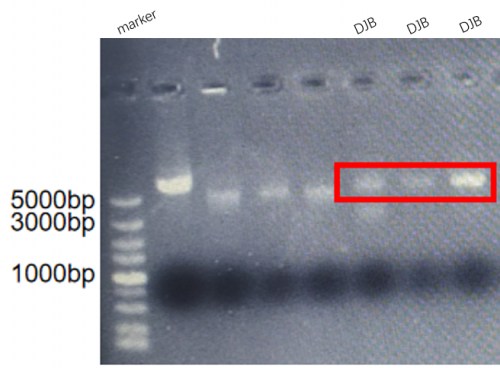 Fig.1 Plasmid was extracted from transformed DH5α and gel electrophoresis was performed. The target band size was 5477 bp

In addition to DH5α, PJB was also transferred into Nissle 1917, but the plasmid concentration extracted by Nissle 1917 was too low, and no bands were found in the plasmid by gel electrophoresis. We also conducted PCR verification on plasmids of DH5a and Nissle 1917, and DJB was the target fragment. As can be seen from figure 2, after PCR, the sample ran out a band near 2000 bp, and the target fragment was 1876 bp, which was consistent with the target band. This further indicates that our plasmid transformation is successful. 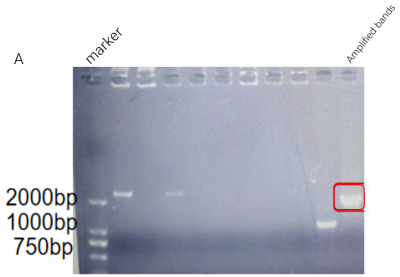 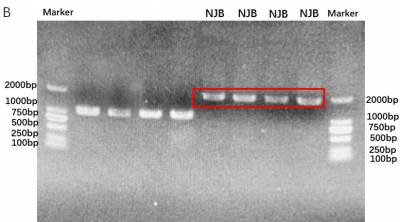 We then validated the engineered bacteria at the protein level. We first tried to purify the protein using the 6x His tag attached to BSH protein. We successfully purified the transformed DH5α expressed BSH, but there was no valid data of Nissle 1917, so we could only verify the successful expression by SDS-PAGE, and the results were shown in figure 3. In the purification, BSH was not fully combined, and the presence of hybrid proteins with the same size of BSH resulted in the presence of bands with the same size in the eluent, which was expected. However, due to time constraints, we did not have time to explore the details of elution conditions. Therefore, due to problems in elution gradient, concentration control and sample grafting in the experimental process, there were other miscellaneous proteins in the eluent, but the BSH purified bands were clearly visible, which effectively indicated that the engineered bacteria successfully expressed BSH protein. For Nissle 1917, SDS-PAGE also shows clearly visible bands of expression, as indicated by red arrows. 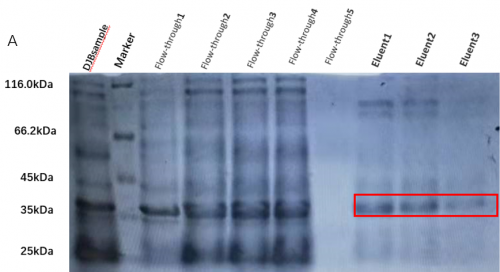 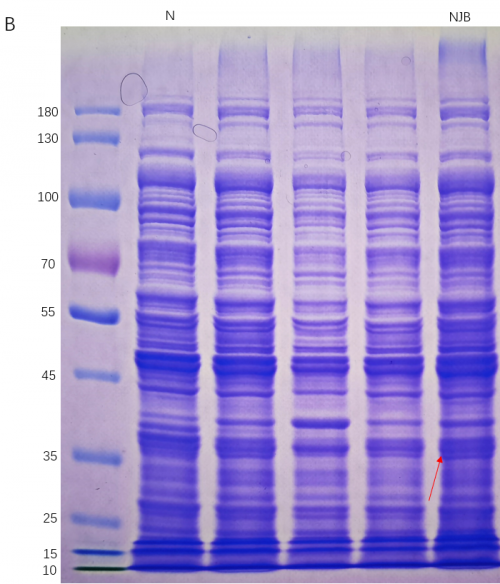 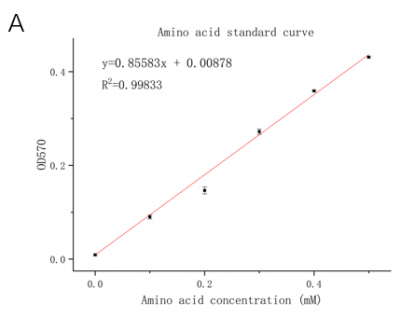 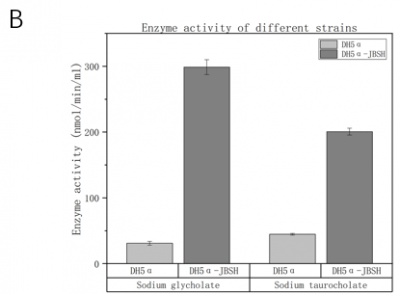 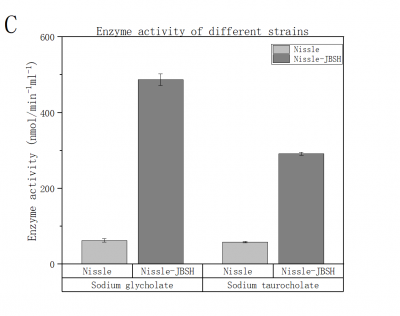 In order to more accurately show the difference of enzyme activity between engineering bacteria and common strains, we used BCA method to measure the protein content of crude enzyme used in each experiment process, so as to compare the specific enzyme activity of different strains. As shown in figure 5, after transferring JBSH plasmid, the specific enzyme activity of biliary saline hydrolysate of the engineering strain was significantly improved compared with that of the ordinary strain, achieving the expected effect. 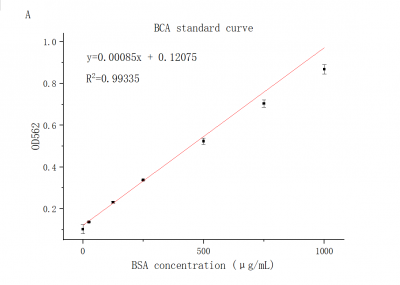 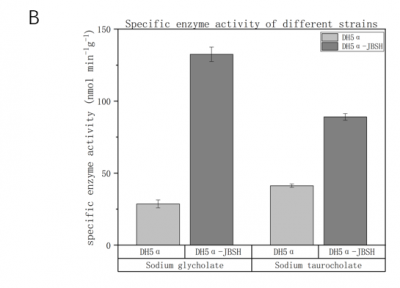 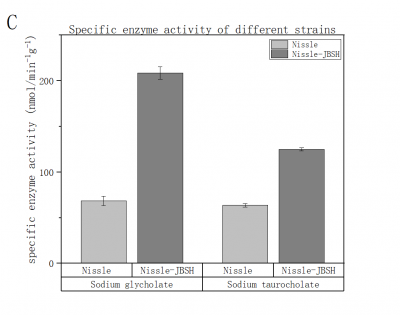