Csm6 is a non-specific endoribonuclease that cleaves single-stranded RNA upon activation by cyclic adenylates or linear adenine homopolymers terminated with a 2'3'-cyclic phosphate.

Cloning:
From IDT, gene blocks with a 6x-His-tag, tobacco etch virus protease cut site, and restriction enzyme cut sites on the 5' and 3' end for NcoI and BlpI, respectively was oredered. After digesting the gene segments with restriction enzymes, they were ligated to the pET-52b expression vector. The assembled plasmid was transformed into a C41 pLysS cell line. Colonies were grown on selective media to screen the cells containing transformed plasmids containing Csm6 gene. Colony PCR was performed to make sure that the transformed plasmids were correct in insertion and orientation. 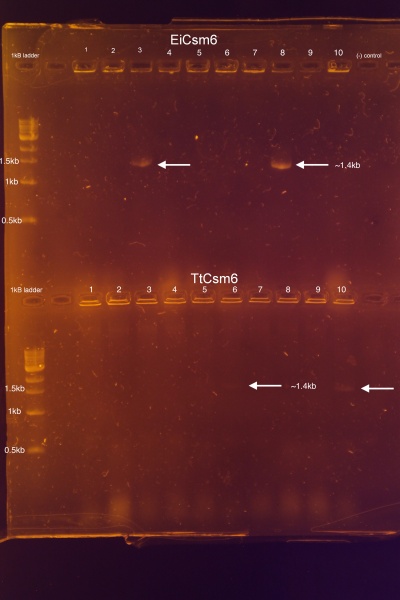 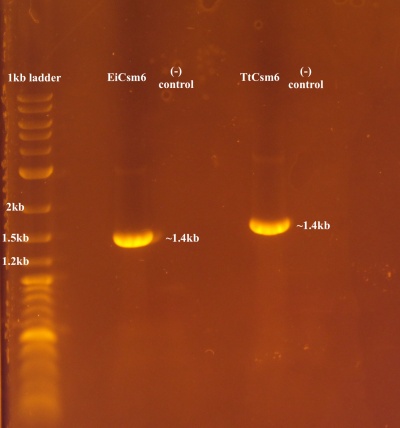 As we can see, both the isolated plasmids have the intended lengths of insert reflecting successful cloning and plasmid isolation. UCSC Igem team 2021 used those colonies to purify protein by stimulating expression overnight with IPTG, followed by cell lysis and sonication, but the final results were not available before the wiki freeze.