The coding sequence for DNaseI was initially found from NCBI and then procured synthetically adding biobrick prefix and suffix from TwistBioscience.Cloning was carried out following Normal biobrick assembly using combination of EcoRI and PstI.Linearized plasmid back bone of PSBIC3 obtained by PCR amplification using Plasmid specific primers and Gene fragment were digested with EcoRI and PstI and further ligated .The resultant plasmid was transformed into Ecoli DH5α.Transformed colonies were identified and further confirmed using colony PCR. 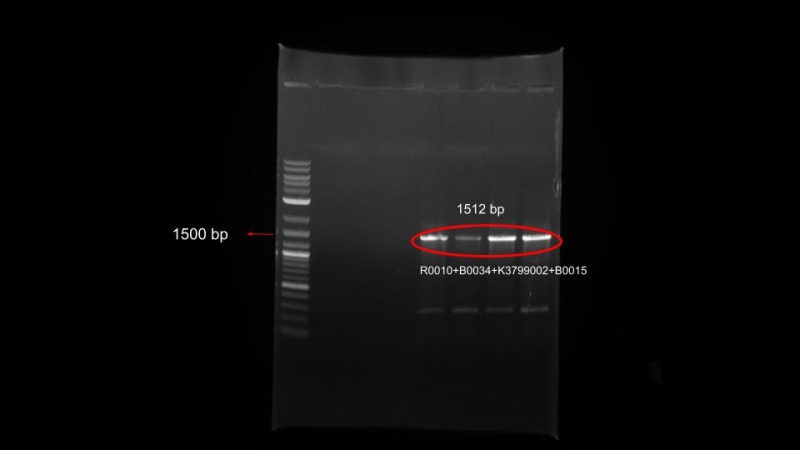 Due to time and space constraints for purification of protein,characterization of DNaseI was carried out using industrially prepared DNaseI from Sigma aldrich(D2025)

We determined the activity of DNaseI on biofilm of Pseudomonas aeruginosa using 96 well plate biofilm assay.We did the assay at two different stages to determine the optimum concentration and time required for maximum degradation rate of bacterial biofilm.

Pretreatment of bacterial biofilm with DNaseI

Pretreatment was done to determine the optimum concentration of DNaseI which gives maximum degradation of Pseudomonas biofilm.Bacterial biofilm was grown in 96 well plates in medium containing DNaseI supplemented at different concentration ranging from 0-25 µg/ml for 72 hours.Biofilm was quantified by checking absorbance at 595 nm after Crystal violet staining.Biofilm degradation rate was compared by calculating biofilm percentage reduction which is given by 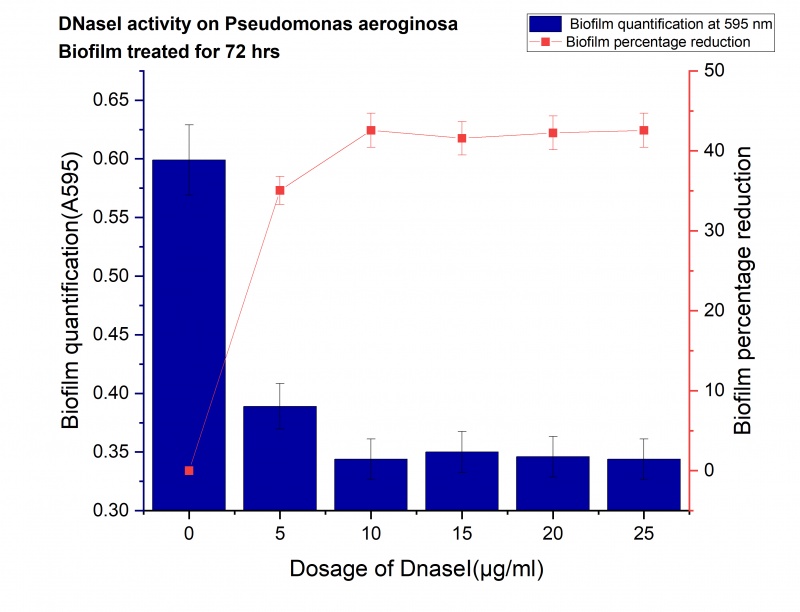 It was observed that at a concentration of 10 µg/ml gave maximum BPR.BPR didnt further increase with higher concentrations.This concentration was taken as a standard for further experiments.

Posttreatment of bacterial biofilm with DNaseI

Posttreatment was done to determine the optimum incubation time of DNaseI to get maximum degradation.Bacterial biofilm was grown in 96 well plates for 72 hours to get maximum yield.Following this,bacterial colonies were washed off and the pure biofilm in wells were treated with DNaseI supplemented in media at a concentration of 10 µg/ml.Different wells were incubated for time points ranging from 0-50 min.Biofilm yield per condition was quantified by measuring absorbance at 595 nm after crystal violet treatment.Biofilm percentage reduction was further determined to compare degradation rate at different time point. 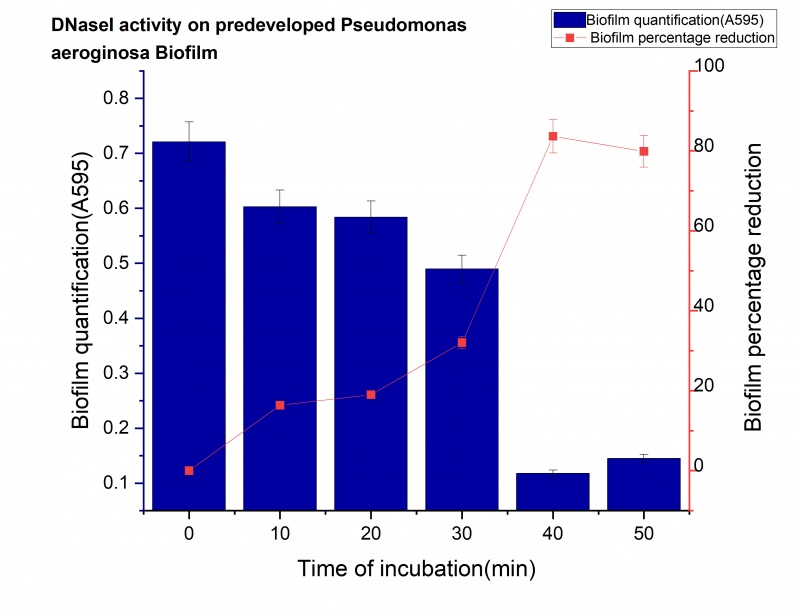