This protein generator can be used for expressing the SpyCatcher002-dCBD fusion protein under a strong bacteriophage T7 promoter by the T7 RNA Polymerase in suitable bacterial strains like E. coli BL21(DE3). Transcriptional regulation is by the lac operator sequence, and expression can be switched on via IPTG induction. Also contains a strong T7 RBS upstream and wild type T7 terminator downstream of the CDS for initiation and termination of translation. 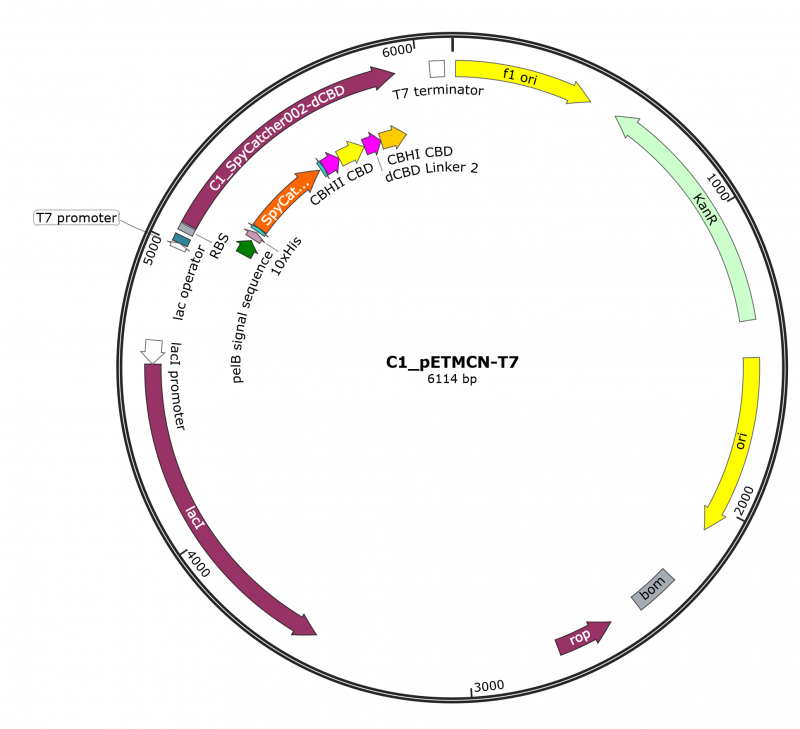 To construct this protein generator, we cloned the SpyCatcher002-dCBD CDS into the high copy number pETMCN vector. The vector contains SpeI and XbaI restriction sites just downstream of the RBS and upstream of the terminator, respectively. We used Gibson Assembly for cloning, so there were no hindrances with regard to the presence of these restriction sites. In case someone wants to use this part, it is suggested to get it synthesized and use Gibson Assembly (or other such assembly techniques) for cloning instead of restriction digestion-ligation.