This part cotains a U6 promoter, sgRNA1, sgRNA2, sgRNA3 and a RfxCas13d direct repeat. RfxCas13d nucleases can process CRISPR arrays, allowing for multiplex targeting. It can digest multiple pre-sgRNAs to form mature sgRNAs which can gudie the Cas13d to targect the RNA sequence.
To knock down the expression of ACE2, BBa_K3760002 and BBa_K3760011 are used to construct the plasmid, pLenti-sgRNAs-RfxCas13d-PURO. 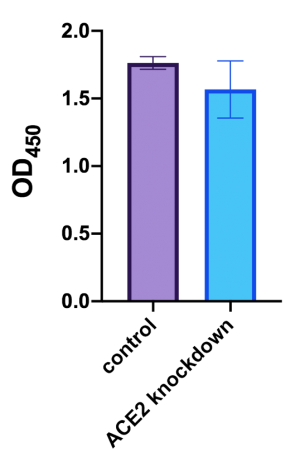 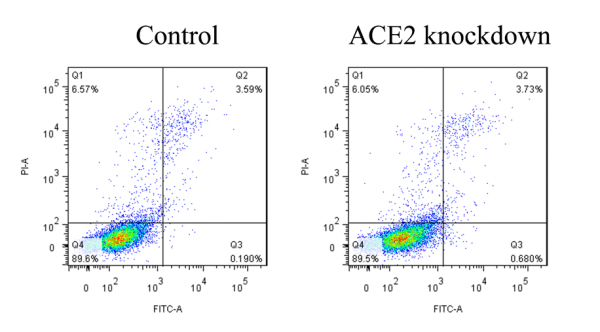 FITC-Annexin V / PI cell apoptosis kit was used to detect cell apoptosis. The established stable line cells 293T/hACE2 were cultured in a six-well plate. The lentivirus was added in the experimental group to knockdown ACE2 expression level, while no treatment was done in the control group. After 2 days, one-well samples were stained with FITC-Annexin V and PI for compensatory regulation according to the instructions of FITC-Annexin V/PI apoptosis assay kit. Subsequently, all samples were detected by flow cytometry (LSRFortessa, BD, USA). Although the numbers of apoptotic cells were slightly increased in the experimental group compared with control group, the number of necrotic cells was decreased and the number of living cells was almost the same as that in the control group, suggesting that the knockdown of ACE2 receptor hardly causes negative effect on 293T cells.

2. Determination of the inhibitory effect of CRISPR-Cas13d system on the infection of SARS-CoV-2 pseudovirus 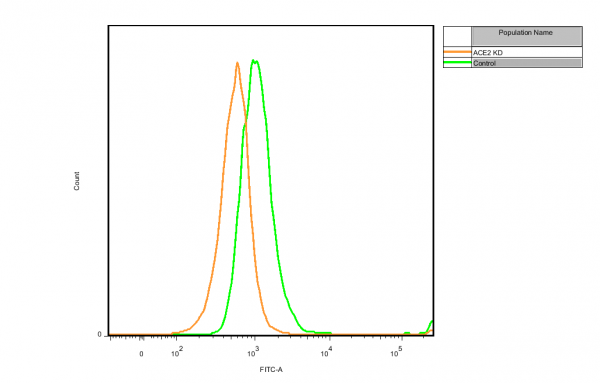 Figure 4 Analysis of CRISPR-Cas13d system targeting ACE2 on the infection of SARS-CoV-2 pseudovirus.

We used the established stable line cells ACE2-293T, which routinely cultured in DMEM medium containing 10% fetal bovine serum (including 1% penicillin and streptomycin) in a saturated humidity incubator at 37℃ and 5% CO2. The medium was changed every 2 days. After overnight passage in a six-well plate, the experimental group was added with lentivirus carrying CRISPR-Cas13d system for ACE2 knockdown ACE2. After 48 hours of treatment, both the control group and experimental group were added with pseudo virus carrying GFP to simulate SARS-CoV-2 infection. After co-incubating more than 48 hours, the fluorescence intensity of all samples was measured by flow cytometry (LSRFortessa, BD, USA). The results exhibited that the knockdown of ACE2 receptor decreased the infection level of pseudo virus in cells.