This part is a fusion promoter of PL and tetO, regulated by tetR and anhydrotetracycline

As a well-characterized promoter, PtetR has been studied thoroughly with its expression level and leakage. To better optimize the antimicrobial peptide expressing system, here we take a unique idea to created a new promoter fusion to create a new promoter that are regulated by tetracycline while with a desired expression intensity.

This part is a fusion of tetO operon and the -35 upstream, -35--10 parts of the stronger PL promoters in lambda phages, to create a improved promoter with proper expression level while regulated by tetracycline.

This part functions to lower the leakage and adjust the level of expression of the downstream gene. We fuse the -35 upstream, -35--10 parts of the stronger PL promoters in lambda phages with the tetO operon regulated by tetracycline. As a promoter fusion of PL and tetO, not only is it regulated by tetR and anhydrotetracycline, but it also inherited the expression level of PL.

We have measured the expression level of PtetO2, PtetO3(BBa_K3606006) along with the original PtetR(BBa_R0040) via plate reader by combining them with GFP, when they were induced by different concentration of hydrotetracycline or not induced. 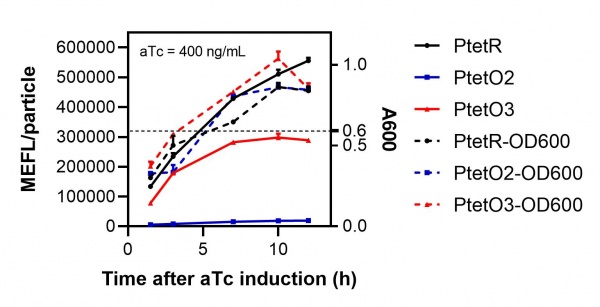 Figure 1. Expression level of three kinds of promotors and optical density are measured when bacteria are induced by 400 ng/mL aTc.

Under the induction of aTc, the expression level of ptetO2 is very low. 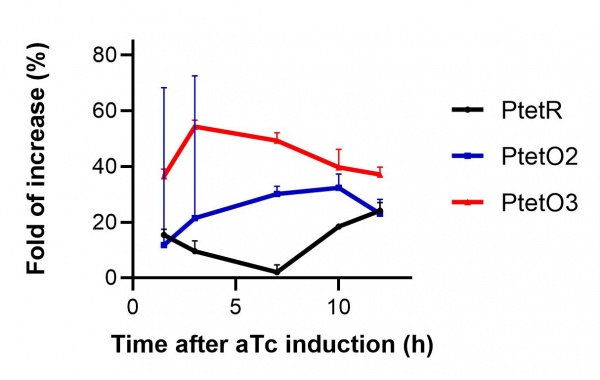 Figure 2. The fold increase of three kinds of promotor is measured based on uninduced ones when bacteria are induced by 400 ng/mL aTc.

PtetO2 has a higher fold of increase than ptetR. This means that it is the more sensitive to the induction of aTc.

This part will act as a tighter tetracycline-regulated promoter with low expression and high sensitivity to inducers. The method that applied here can also change the future train of thoughts to create new fusion promoter with different characteristic.