When Aca1 is mutated at its 44th amino acid (Arginine to alanine, Aca1R44A),the difference expression level of green fluorescent protein could be easily observed with naked eyes: 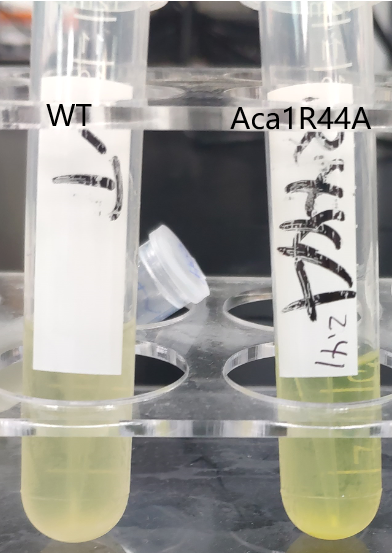 
Based on the origin composite part, we tested several candidate compounds and calculated its Ki using our model in vivo: 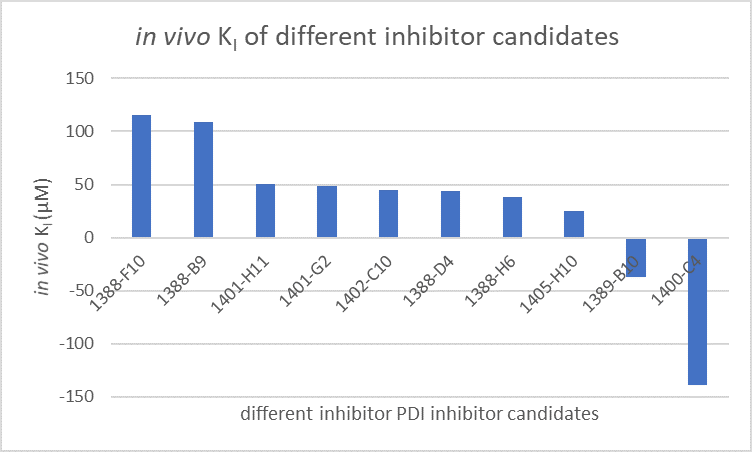 
Then, we confirmed the effective Aca1 inhibitor Navitoclax on this composite part using green fluorescent protein as a reporter, the green fluorescence intensity is measured with a microplate reader:


At last, the binding between Navitoclax and Aca1 is identified in vitro through differential scanning fluorimetry (DSF):