Not Released
Sample Not in stock
Experience: None
1 Uses
3 Twins
Get This Part

Transcriptional terminators play a key role in regulating natural and synthetic genetic systems (Cambray et al., 2013). Therefore, it is valuable to know how efficient such a terminator is. The termination efficiency can be detected by measurement. In order to do so a dual fluorescent protein is used (ŌĆ£Help: Terminators/MeasurementŌĆØ). This means, there are two reporters in a plasmid and the fluorescence ratio of these two reporters is going to be compared to detect the termination efficiency. The terminator that is going to be measured is in the middle of these two reporters.

In the absence of a terminator, the fluorescence ratio is normalized to 1 which is one calibration of this measurement (ŌĆ£Help: Terminators/MeasurementŌĆØ). Another method to calibrate this measurement is to measure the reporters individually, so having the same compounds on the plasmid, just changing the reporter (Haiyao Huang, 2008). Furthermore, the measurement can be calibrated by switching the fluorescing parts to measure input and output of each of them (Haiyao Huang, 2008).

Following the same principle, the efficiency of our level 2 terminators is measured. The terminator that shall be measured is flanked by two reporters. We used a m.Turquoise as preceding reporter and a YFP as following reporter. By comparing the fluorescence ratio of these two reporters, we are able to detect the termination efficiency.

This part is one of the place holders published by iGEM Marburg 2019. These place holder parts can be used in assemblies to subsequently replace it with another part of the same type in a secondary Golden Gate assembly. Applications like characterization of a part collection and screening of a library of degenerated sequences require to build an array of constructs that only differ in one position. Place holder can rationalize these large scale assemblies: Instead of building each plasmid from scratch, a place holder is used to generate an entry vector. 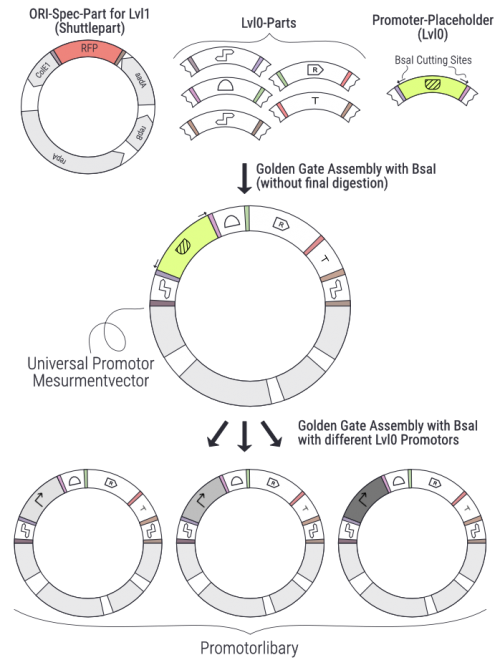 Figure 1: Assembly workflow of place holders on the example of a promoter library

In this entry, the part to be screened can then be subsequently inserted. The advantages of using placeholder in high throughput assemblies are clear: A seven part assembly usually requires to screen multiple colonies before finding the right one, meaning that a lot of test digesting or sequencing is involved. This is feasible if one wants to construct only a few parts - for high throughput assemblies the cost and time does not scale well enough. A two part assembly however has an extremely high success rate, meaning that in most cases it is sufficient to just pick one colony to get correct sequencing results. This two step assembly heavily cuts down the invested workload and the cost per sample. iGEM Marburg 2019 investigated these advantages on the example of a 20-piece large scale assembly.

Place holders are used in assemblies like any other part in the Marburg Collection 2.0, just make sure to leave out any final digestion step in your Golden Gate reaction cycle to make sure the dropout does not cut itself out. For more information head over to Design of the placeholders iGEM Marburg 2019 .

These parts are compatible with the RCF [1000] standard and can be used in any part collection that uses the PhytoBrick standard of overhangs. BsaI can be used as restriction enzyme for ŌĆ£LVL1ŌĆØ like assemblies of single transcription units. For more information we recommend to head over to Design of the Marburg Collection.