The expression of this promoter can be up-regulated by the activation of LuxR activator protein which can form a complex with an autoinducer, 3-oxo-hexanoyl-HSL. This complex can bind to the upstream regulatory element of the promoter and increase the rate of the transcription. According to the theory above we can design a plasmid which constitutively expresses LuxR on the upstream of luxPR and a gene of interest expressed by luxPR. Protein of interest can be simply expressed by adding HSL into the medium.

The promoter was improved from BBa_R0062. We mutated the T on its fourth site to G, and the C on its twelfth site to T. Comparing to the original part, the new part needs a higher HSL concentration to be activated. Implementing this mutation, we gained an improved luxPR with low leakage, high threshold without losing its highest intensity.

The significant meaning of this improvement is that it can apparently delay the positive feedback of the quorum-sensing circuit, which will provide an ideal promoter for our project.

luxPR promoter is the key element to quorum-sensing circuits, for it mediates the final effects of quorum-sensing, producing proteins of interest. luxPR promoter is a σ-70 dependent promoter with an upstream regulatory element at -42.5, named lux box. LuxR, playing as an activator, will bind to lux box and interact with CTD and NTD of the α subunit of RNA polymerase, resulting in the activation of the promoter.[1] So far, lots of teams have made effort on improving luxPR promoter, but they’ve all focused on mutating the -10 region and the -35 region. σ-70 factors will bind to the -10 and -35 region tightly and then form holo-RNA polymerases (holo-RNAP) with core RNA polymerases to initiate transcription. This method usually results in the change of its maximum intensity but little effect to its dynamic characteristics. Taking these into consideration, we decided to mutate its lux box to change its dynamic characteristics. Since lux box is the binding site of the activator protein LuxR, the mutation to lux box will vary its binding features with LuxR, thus affecting its activation characteristics. Our efforts on this hypothetical were proved, since we successfully gained a mutated luxPR with low leakage, high activation threshold without decreasing its maximum intensity.

We made nine mutants according to the theory provided by papers at first [2-4]. And then we selected a mutant from the nine mutants which met our expectation well, and named this mutant as luxPR-4G12T. The fourth and the twelfth bases of the original luxPR were mutated to G and T simultaneously.

We constructed two plasmids. One expressed sfGFP under the control of luxPR-4G12Tand the other expressed sfGFP under the control of original luxPR. Then we respectively transformed them into E. coli DH5α. In theory, AHL could induce gene expression by activating luxPR promotor. We added different concentrations of AHL into the bacteria, and measured the fluorescence value and OD600 every 30 minutes. The standard fluorescence intensity was obtained by dividing the fluorescence intensity by OD600. The standard fluorescence by AHL of different concentrations after 8 hours of incubation was plotted (Figure 1). 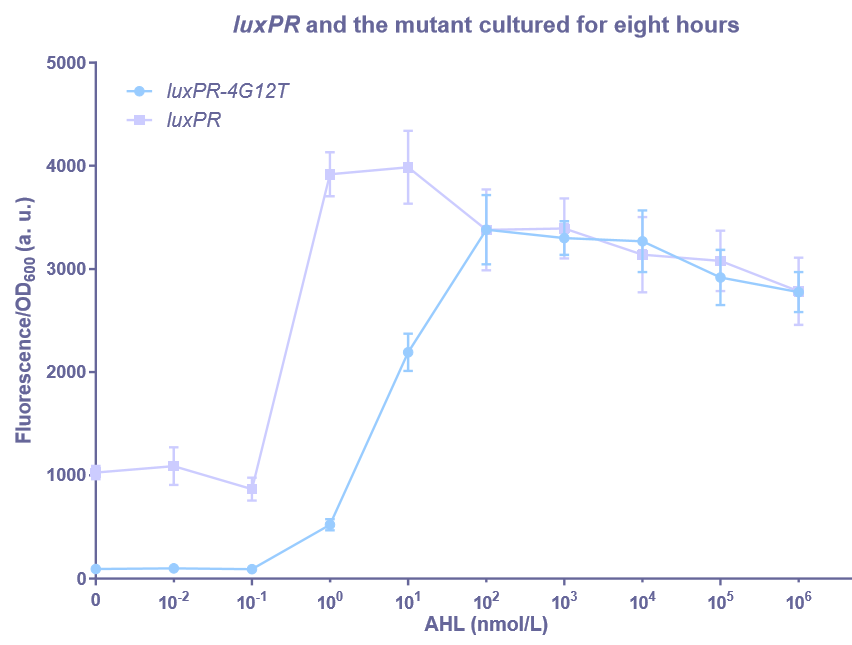 Figure 1. The standard fluorescence by AHL of different concentrations after 8 hours of incubation. Fluorescence intensity and OD values were measured by microplate reader respectively at 528 nm and 600 nm wavelength.

Then we used different concentrations of AHL to induce the mutant and the wild type respectively. The diagrams of fluorescence intensity over time are shown below (Figure 2-4). 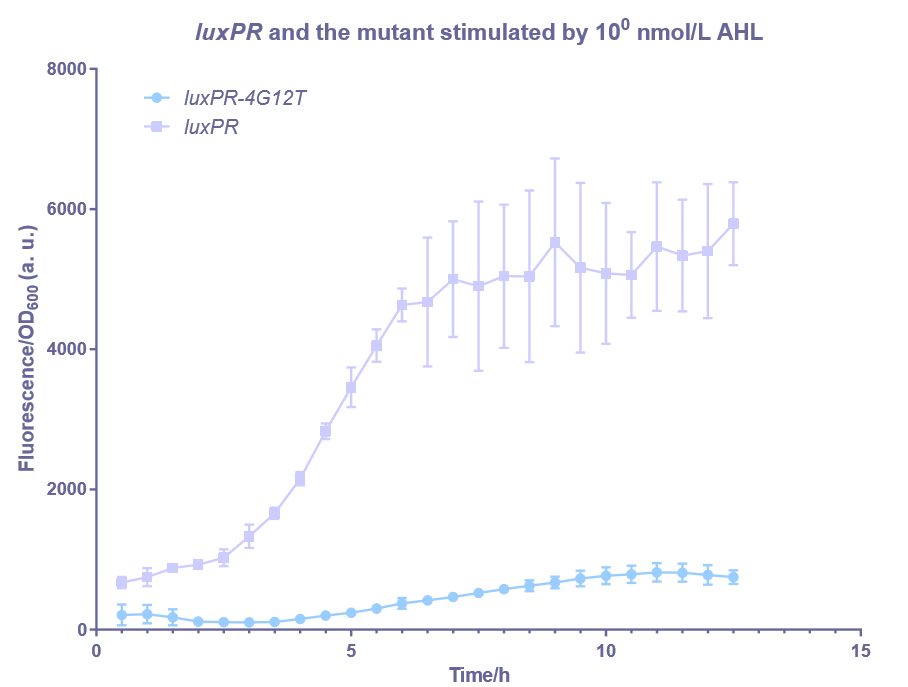 Figure 2. The diagram of the fluorescence intensity over time with 100 nmol/L AHL stimulation.

From this graph we could see that at the low concentration of AHL (100nmol/L)，the mutant’s expression of sfGFP was very low and stable, but the fluorescence intensity of wild type was increasing significantly over time. 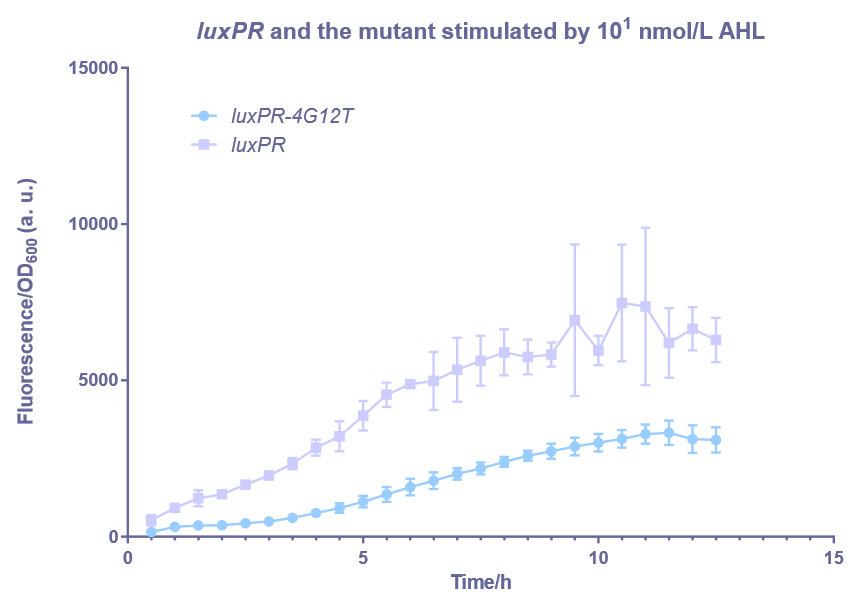 Figure 3. The diagram of the fluorescence intensity over time with 101 nmol/L AHL stimulation.

When we increased the concentration of AHL to 101nmol/L, we could conclude that the mutant began to express sfGFP according to the increasing fluorescence intensity on this graph. 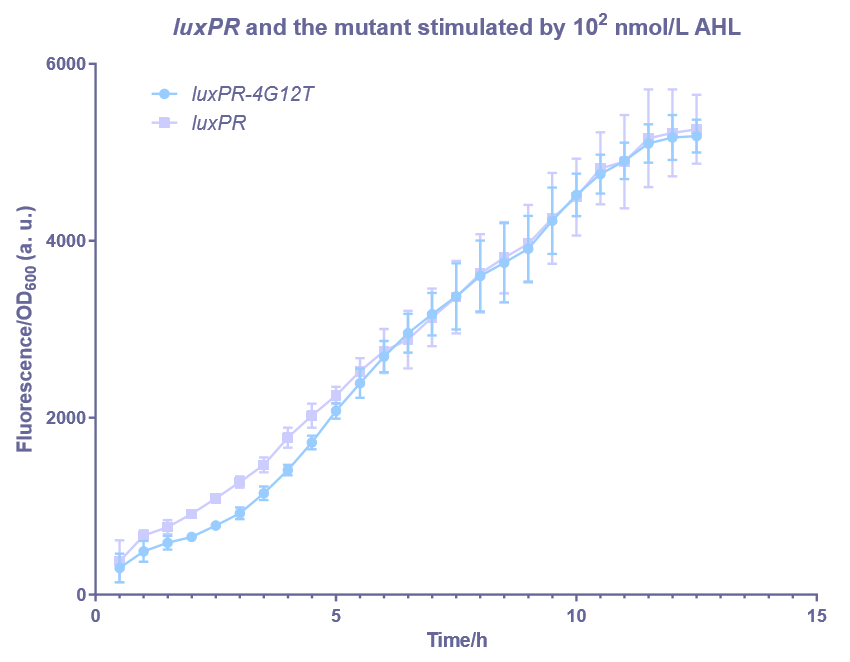 Figure 4. The diagram of the fluorescence intensity over time with 102 nmol/L AHL stimulation.

When the concentration of AHL increased to 102nmol/L, the fluorescence intensity of the mutant and the wild type changed over time similarly.

According to the analysis above, we could clearly find that when we didn’t add any inducer or just added a low concentration of inducer, the mutant expressed sfGFP very low. Compared with the wild type the mutant had the advantage of low leakage. When the wild-type promoter began to express sfGFP significantly, the expression intensity of sfGFP of the mutant remained low and nearly unchanged, which showed that the threshold of the mutant was higher than the wild type. As the concentration of the inducer increased to 102nmol/L, the fluorescence intensity of the wild type and the mutant were the same over time, which showed their similar intensity of the transcription initiation.

From what has been discussed above, the mutant had the advantages of very low leakage, high threshold, and unchanged maximum intensity. Compared to the wild type, the mutant was more suitable for our project. The biggest problem of our project was that the memory module would start itself due to the leakage of the promoter. Since the leakage of the mutant was very low and the threshold to activate this promoter was high, the mutant needed more time and a higher concentration of inducer to active the memory module than the wild type.

To sum up, the mutant not only met the requirements of our project, but also had a very wide range of application.

1.Molecular cloning are conducted as the illustration in the Molecular Cloning section. https://2019.igem.org/Team:HZAU-China/Protocol

2.Transform two different plasmids with low copy ampicillin resistance into E. coli DH5α, which are named luxPR-4G12T and luxPR respectively. Two base pairs are mutated in luxPR-4G12T. And luxPR is the plasmid with the original part BBa_R0062. Then spread them onto two LB plates with ampicillin, respectively.

3.Pick four isolated colonies with a sterile tip from each of the two LB plates and add each tip into 5ml LB medium with ampicillin (20μg/mL). Incubate for 6-8 h at 37℃ in a shaker with 200rpm.

4.Add each kind of bacterial fluid into different lines of a sterile, black-coated 96-well plate. Add shaken bacterial solution and fresh medium with ampicillin to a total of 100μL, and make sure the OD600 of each well is close to 0.1, measured by the plate reader.

5.Add 1μL AHL diluted in DMSO into each well. The final concentration range of AHL is from 10-2 to 106 nmol/L. Add 1μL DMSO without AHL served as positive controls. Blank controls are fresh LB medium, Place the 96-well plate into the automatic microplate reader (Synergy H1 hybrid multi-mode reader). Incubate at 37℃ overnight and measure the fluorescence value（excitation: 485nm, emission: 528nm）and OD600 of each well every 30 minutes.

6.Data taken from the plate reader are exported to Excel and imported to Prism for analysis.

7.All experiments above are carried out in 3 biological replications.