We (YAU-China) replaced Plac + lacZ in Plac+ lacZ + malS with T7 promoter to enhance the expression of starch hydrolase.

This year, we improved Plac + lacZ + malS (BBa_K523006), which can produce starch hydrolase that can degrade starch. We used T7 promoter to replace lac promoter sequence on the protoplast, hoping to enhance the expression of starch hydrolase.

We (YAU-China) monitored these three experiments in the same starch medium and cultured the cells for two days. 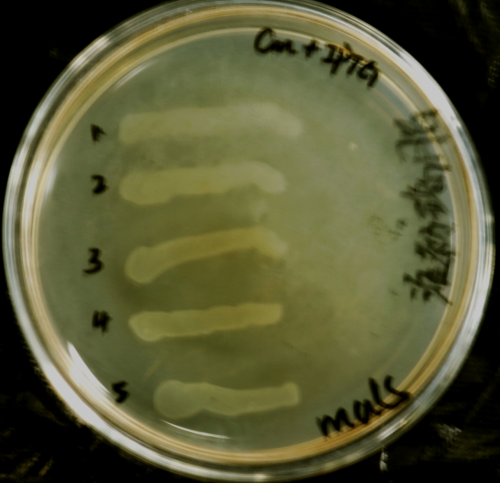 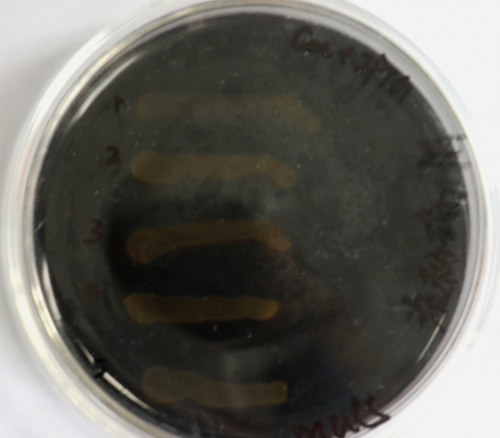 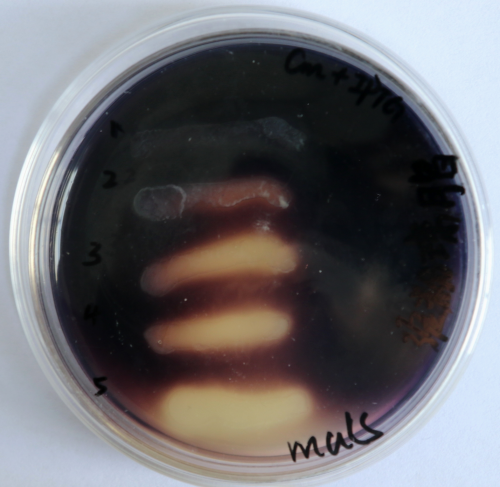 We come to the following conclusion： 1. When the culture medium was immersed in iodine solution, the color of the first and second stripes was lighter than that of the third, fourth and fifth stripes (They have malS gene); 2. As time goes on, the medium becomes transparent after iodine volatilization; 3. After 60 minutes, halo appeared around 3, 4 and 5 stripes, and the halo size of 5 stripes was larger than that of 3 and 4 stripes.

Therefore, when the lac promoter was replaced by T7 promoter, the expression of starch hydrolase was enhanced.