Improved vitamin B12 biosensor, composed by modular cobalamin riboswitch in front of an mRFP1

Due to context-dependent performance and limited dynamic range, the widespread application of riboswitches is currently restricted. By replacing its original ORF with a new one, the structure of an aptamer domain can be subtly disrupted, resulting in a loss of ligand response. So riboswitch is still not be considered as a ‘plug and play' device. To tackle these problems, our project focuses on a standardized design principle to be used for modular and tunable riboswitch. The modular riboswitch we defined consists of the original riboswitch, Stabilizer and Tuner. Stabilizer can protect the structure of riboswitch from damage while Tuner can reduce the expression probability of fusion protein and make improvement of riboswitch function.

The construction of this part

Our team’s vision is a standardized and easy adaptable design principle to be used for riboswitch of different purposes. By referencing the previous iGEM projects, we found that Paris_Bettencourt has created a cobalamin biosensor to measure vitamin B12. The cobalamin biosensor is based on a riboswitch taken from a transcribed fragment upstream of a cobalamin biosynthesis gene, cbiB, which is found in Propionibacterium shermanii and has been demonstrated to be sensitive to B12. At first, they used EGFP as their reporter gene, however, even in the absence of cobalamin, they had no GFP expression at all. Then they substituted EGFP with mRFP1 and inserted the first 24 bases of cbiB between them, the result was bad, too.

The result by confocal microscopy

By Confocal Microscopy Leica TCS SP8, it’s obvious that no fluorescence could be observed when the original cobalamin biosensor designed by Paris_Bettencourt had mRFP1 introduced directly. However, the modular Btub riboswitch can express mRFP1 normally since Stabilizer can maintain the structure of riboswitch and Tuner has the ability to improve the function of one. 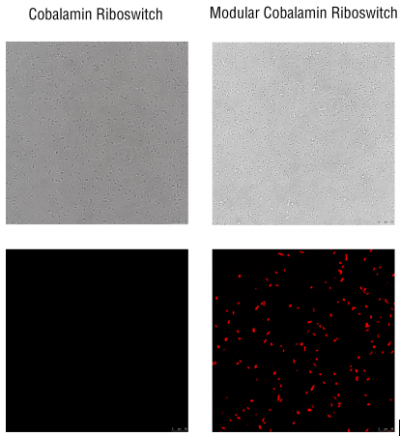 Figure1: The results by confocal microscopy, which indicates that our principle can improve cobalamin biosensor successfully. It's obvious that the modular cobalamin riboswitch can express mRFP1.

The result by microplate reader 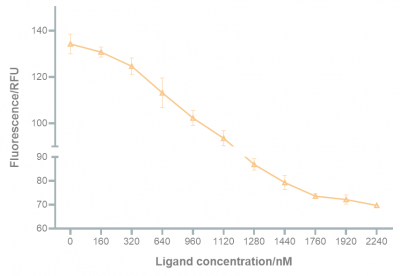 Figure2: The response curve of our improved cobalamin biosensor to Vb12. As we expected, an obvious decrease of mRFP1 expression was observed with the increased concentration of vb12. It demonstrates that the modular riboswitch functions properly.